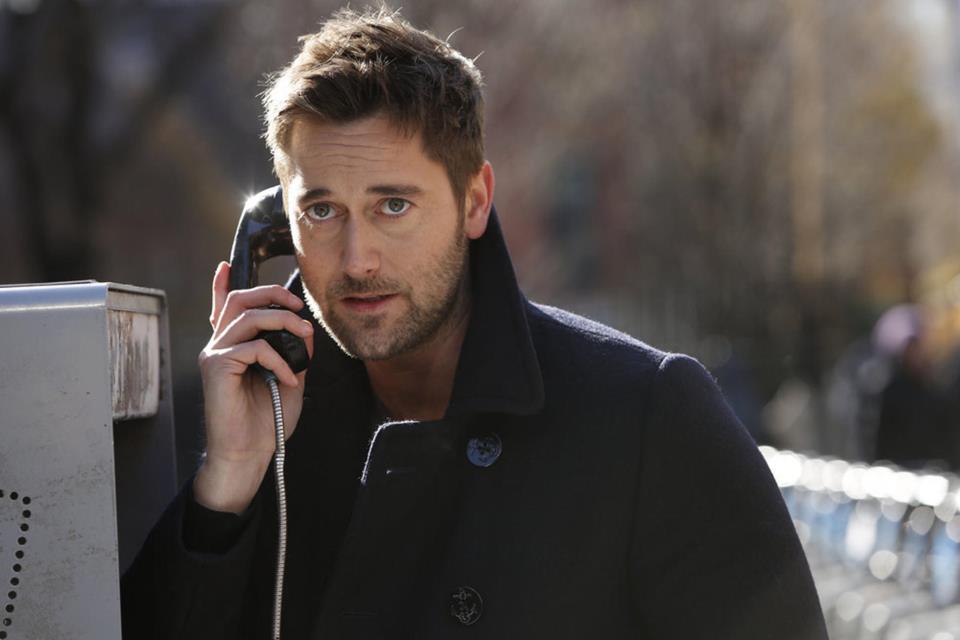 Tom Keen is in for a rude awakening.

Some of the pieces for Tom’s departure fromThe Blacklistare already in place: In last week’s episode, Tom (aka Christopher Hargrave) learned that his father Howard was killed in a plane crash, and later discovered that the man who confessed to murdering him (Christopher) when he was a child was coerced into making a false confession. The double whammy sent Tom on a quest for answers about who could possibly want to make a young boy disappear, and why. (Fans who have been following Blacklist: Redemption casting news know that Howard is in fact still alive, and will be played by Lostalum Terry O’Quinn on Redemption.)

Watch the first two minute of The Blacklist: Redemption here

“He’s a character that has finally found the life he wanted, with a child and a woman he loves. And although his instincts may be yearning to go out and be a spy, he wants desperately — sort of like Pinocchio — just to be a normal person,” executive producer Jon Bokenkamp tells TVGuide.com. “Although he wants to sort of forget about his origins, and wants just his present family to be all that matters, there is something drawing him back. … This story, the history of his father and the company that his father owned, has opened up new questions about who he is, where he came from … why somebody would have faked his death all these years ago, a mother who has offered him a job to come to work for some sort of global private military corporation, and a father who has just recently died in a very mysterious way. All of those come to a head and pull him away.”

1. What makes Tom want to abandon Liz and Agnes and join up with Scottie’s crew? Trick question! As it turns out, Tom’s not looking to leave his family at all, and initially makes contact with Scottie having no idea that he’s going to become so deeply involved with her. “It’s not presented in such a way that it’s all or nothing. It’s not like, if you go, you’re never coming back,” Bokenkamp clarifies. “It’s sort of like a soldier going off to war, or a person who has to leave their family to go to work.”

2. Does Tom’s quest for answers create a rift between him and Liz? You might think so, based on some of their recent conversations on The Blacklist. But according to Bokenkamp, it actually manages to bring them closer together in some ways (while of course driving them, physically speaking, further apart). “If anything, the one person in the world who might really understand what it’s like to not know really where you’re from, and to have deep questions about who you are, would be Elizabeth Keen,” Bokenkamp notes. “She sort of finds herself in this oddly sympathetic place, where she really understands where he’s coming from.”

4. Is Scottie going to be Tom’s Red Reddington? Based on what we’ve seen so far, Scottie Hargrave is at least as sadistic as The Blacklist‘s Raymond Reddington (James Spader) and, if it’s possible, more manipulative. “The one similarity they have is they both may not be telling the whole truth, and they both may have an agenda of their own,” says Bokenkamp, before noting that the characters are two very different antiheroes, both when it comes to them as individuals and regarding their parental-esque relationships, Red’s with Liz and Scottie’s with Tom. “There are similarities in the DNA, I guess, of a story in which one of our leads is a bit of an unreliable narrator,” he explains. “But beyond that, Tom’s questions are about, can he trust this woman at all? I think Elizabeth Keen has found that, probably of anyone in her life, she can trust Raymond Reddington. Tom is going to find very early on that [Scottie] may be the one person that he can’t trust. … There’s a different dynamic.”

5. Red has warned Tom that contacting Scottie is a sure way to cut off access to information about his past. So what is he expecting to gain from her? Not much, apparently. “I think where Tom Keen is, he has sort of come to terms with the fact that he will probably never get answers,” Bokenkamp says. “He has come to terms with the fact that there’s a big question mark looming over him. Why would anyone want to fake his death as a … child? And he’s searched, and he’s hit dead end after dead end. He really sees no route or venue in which he can find answers. When the show begins, he’s sort of resigned to the fact that there are things that will never be answered. So what does come up I think will be surprising both for him and to the audience.”

6. What does come up? For that, you’ll have to watch. But one thing that we can be sure of is that the weekly cases will be very personal for Tom. “What’s at the center of the show is, he is tasked with going undercover in his own family,” Bokenkamp points out. “This is a man who has been an undercover operative, has been able to sort of go into any world, become anybody, to solve a mystery. And yet, within this [show], he’s tasked with really becoming the one person he’s never been, which is himself. He has to go into his family and sort of unravel what may be a large conspiracy.” That’s unfamiliar territory for Tom, to say the least. “We’re going to see Tom Keen not as a guy who’s choosing a mission, planning it carefully, going in and being ahead of it,” Bokenkamp promises. “For the first time, we’re going to see this character in a situation where he is confronted with serious problems that affect not only the bad guy of the week, but himself.”

8. Do I have to watch The Blacklist to keep up with Blacklist: Redemption, and vice-versa? If producers are being honest… no, you don’t need to watch one show to appreciate the other. But this is one case where the whole may be greater than the sum of its parts. “If you’re a Blacklist fan who doesn’t see [Redemption], that would be unfortunate,” Bokenkamp notes with a laugh. “But I think The Blacklist would still add up and make perfect sense without it. And the same is true for Redemption. It’s a show that, if you’ve never watched The Blacklist, you can jump right into it. But if you’re a fan of The Blacklist, you’re going to see a lot of little Easter eggs and sort of winks to the audience. … In that way, it’s kind of fun.”