Telegram is a cloud-based instant messaging service, similar to WhatsApp. It allows users to send messages as well as images and videos; and adds an optional messaging self-destruct functionality similar to that of Snapchat. 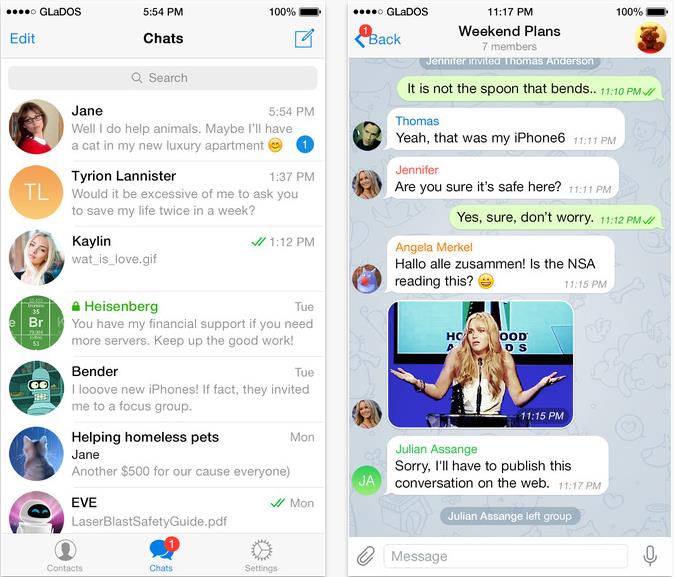 It was founded by Nikolai and Pavel Durov in 2013. The Russian brothers previously built social network VK. Telegram was born out of security concerns, at a time when Edward Snowdon faced investigation. Based on MTProto, the app features a ‘secret chat’ using end-to-end encryption. Secret chats are stored on the device, not in the cloud and can be set to destruct after a certain time.

According to the brothers, the app was downloaded 100,000 times in 2013. In March 2014, the app hit 35m monthly and 15m daily users, generating 8bn messages a month. Following a surveillance announcement of Kakao Talk in South Korea by President Park Geun-Hye to filter out messages insulting to her, many citizens swapped to Telegram for greater privacy. Telegram confirmed that people came to the app for its added security, but more importantly, they stayed after the scandal had died down.

As of 2015, Telegram has 62m monthly active users, generating 12bn messages. In September 2015, Samsung announced its Socializer Messenger App built on Telegram for Android, an open source project for developers. Following a ban of WhatsApp in Brazil in December 2015, Telegram saw 1.5m+ users download its app.

All this is very impressive, considering that the app has spent zero dollars on marketing.

Telegram remains a free app and its revenue model is currently based on donations. In a blog post, the company said:

“We believe in fast and secure messaging that is also 100% free. Commercial companies frequently face the need to compromise their values for financial gain. This is why we made Telegram a non-commercial project. Telegram is not intended to bring revenue, it will never sell ads or accept outside investment. It also cannot be sold. We’re not building a ‘user base’, we are building a messenger for the people. Pavel Durov, who shares our vision, supplied Telegram with a generous donation through his Digital Fortress fund, so we have quite enough money for the time being. If Telegram runs out, we’ll invite our users to donate or add non-essential paid options.”

Being free is also a top reason why some users moved to Telegram when WhatsApp introduced a subscription fee for its app.

Since Telegram doesn’t collect user data, not much is known about its demographics. However, we discovered an interesting stat nonetheless. Perhaps due to its added security, Telegram users are the most interested in money transfer features on their mobile messaging apps. BBM and WeChat users rank second. Facebook Messenger scored lowest.

Telegram users are the most interested in money transfers in-app 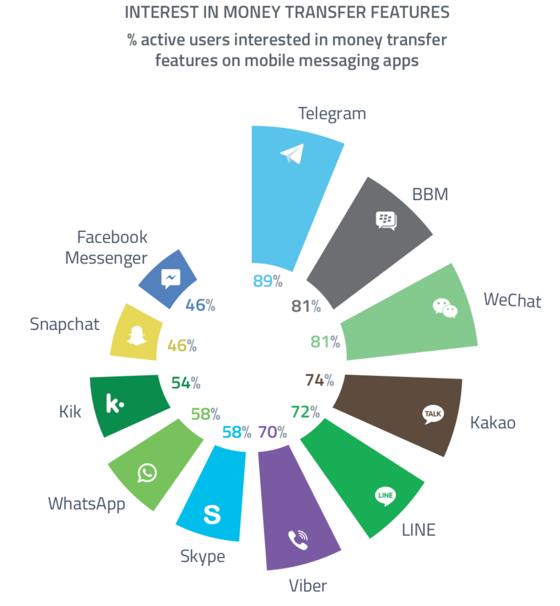 In direct comparison with its biggest competitor WhatsApp, Telegram pales when it comes to registered users. WhatsApp now has an active user base of 900m, compared to Telegram’s 62m. 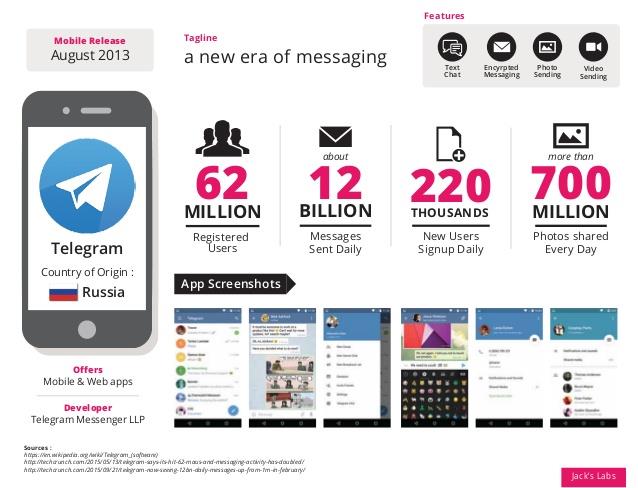 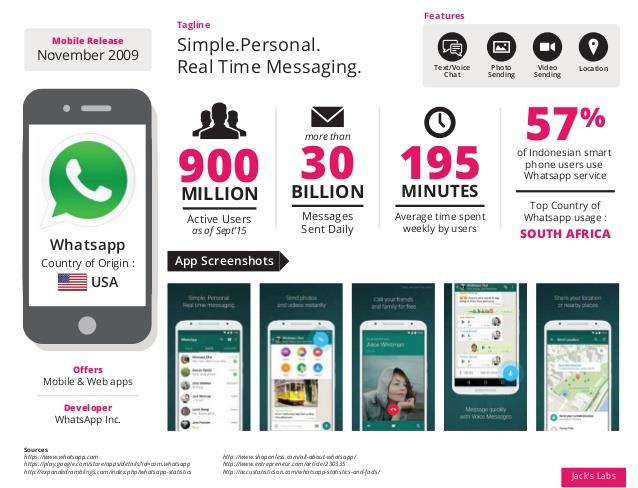 A comparison between WhatsApp and Telegram highlighted the latter’s ability to transmit messages faster and more securely. Telegram also allows for document transfer, a feature that WhatsApp does not offer. However, WhatsApp does offer calling services and specific users can be muted.

Pros of WhatsApp versus Telegram 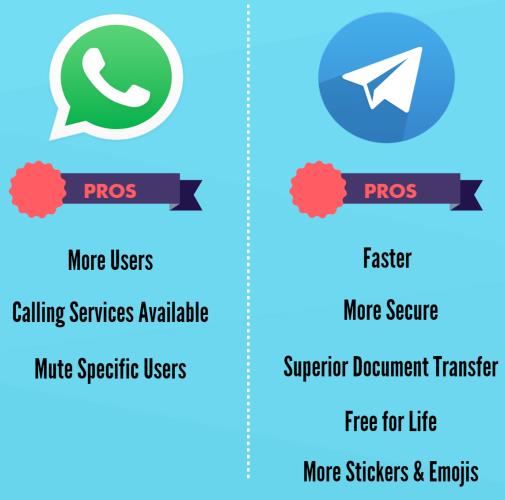 Telegram can also be accessed from multiple devices, including smartphones, tablets, Windows PC, Mac OSX, Linux and Google Chrome. However, it’s the security features that make Telegram truly stand out. Below is a series of screenshots, visualising the app’s encryption in a secret chat as well as message self-destruct timer functions.

Telegram allows for a secure chat connection and self-destructing messages 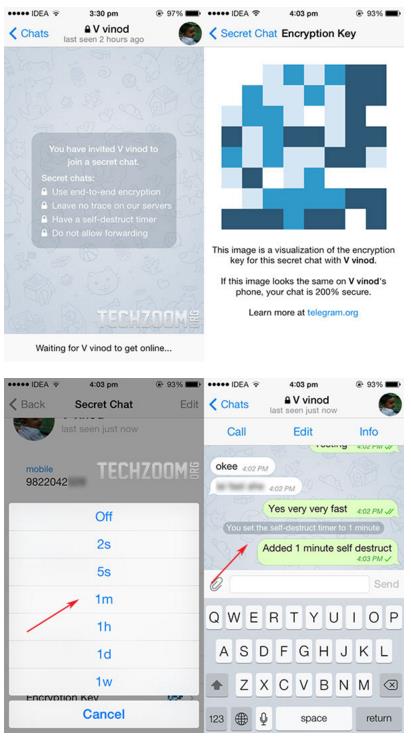 However, a security test by Alex Rad and Juliano Rizzo found that Telegram did not employ end-to-end encryption by default, but instead users need to launch the ‘secret chat’. In a blog post, the two security experts argue that secret chat verification is problematic and could fall victim to MITM attacks. Alex Rad writes:

“What’s important to realize is that it’s a security-usability nightmare. In practice, when I find someone who uses Telegram, and I ask them how they do their secret-chat authentication, I am usually very disappointed. What they show me is that they will send a screenshot of the fingerprint over the secret-chat they are trying to authenticate. It would be trivial for a man-in-the-middle attacker to auto-replace an image of the fingerprint.”

However, Telegram dismissed a MITM attack as too expensive to pull of.

But the company may have more pressing allegations to deal with as a growing number of IS militants have turned to using the messenger. According to Voice of America:

“Telegram’s Pavel Durov consistently refused to block IS and other jihadi groups from using his platform before the Paris attacks but reluctantly blocked 78 IS-related accounts on his Berlin-based secure messaging app after terrorists killed 130 people in the French capital.”

This poses the question whether companies should comply with national security by foregoing their own privacy rules? Tim Cook, CEO, Apple, concludes: 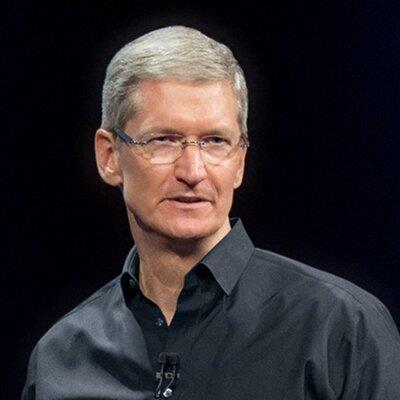 “If you put a key under the mat for the cops, a burglar can find it, too.”