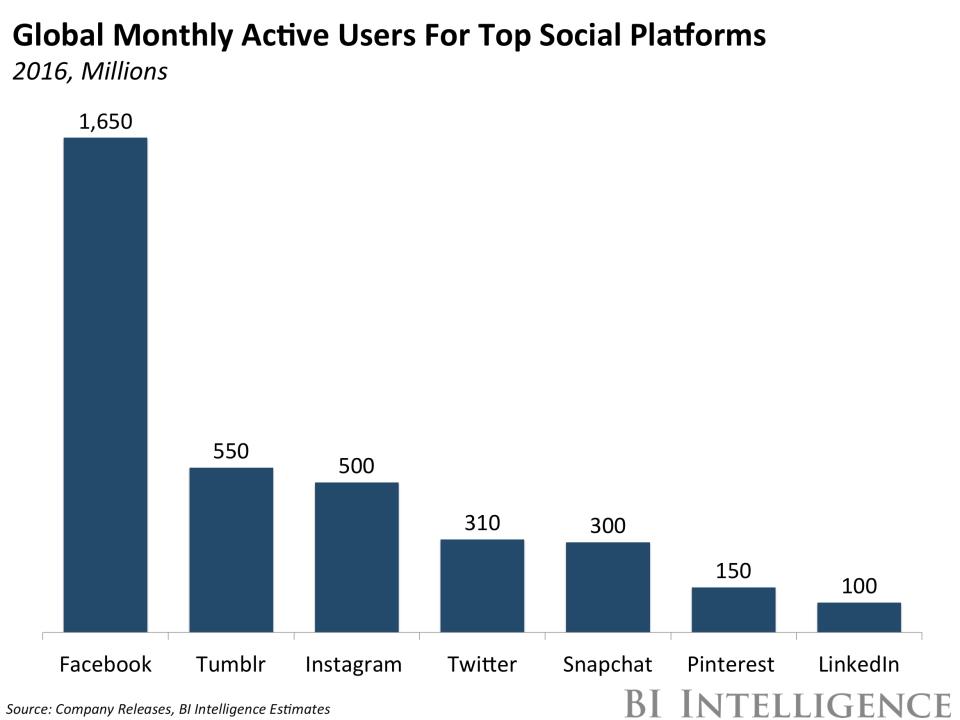 Social platforms have become the new leaders in the digital media industry, evolving well past their beginnings as digital communication networks and becoming full-fledged media distribution channels and entertainment centers.

Looking at pure time spend figures, however, doesn’t take into account the size of a platform’s user base. To meaningfully compare social platforms’ engagement levels, one must compare how effective each social platform is at driving attention on a per-user basis. For example, while Snapchat’s monthly active user base is estimated to be slightly smaller than Twitter, the photo-sharing app is five times more effective at engaging users, according to BI Intelligence’s new social engagement index.

In a new report by BI Intelligence, we take a deeper look at user engagement at Facebook and Facebook-owned sites, including Instagram, WhatsApp, and Messenger, as well as Snapchat and struggling early heavyweights like Twitter and LinkedIn. We also take a look at the functions and content users are engaging with on each platform, and lay out the newest opportunities for brands and advertisers. Finally, we discuss what the future of social might look like with the emergence of new content formats like live streams and virtual reality.

Here are some key takeaways from the report: