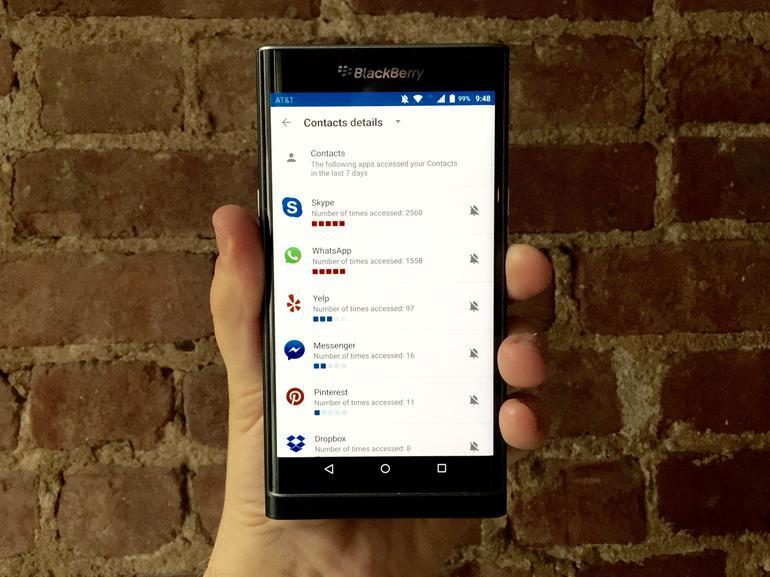 Skype, WhatsApp, and Yelp have accessed my contacts list data thousands and times, and none of the companies are sure why. 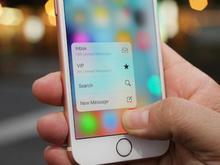 For privacy and security, change these iOS 9 settings right now

Before you do anything on your new iPhone or iPad, you should lock it down.

BlackBerry’s Priv, the smartphone maker’s debut Android phone running “Lollipop” 5.1.1, comes with an app, dubbed DTEK, which monitors and notifies users when data has been accessed, when, and for how long, including a user’s location, contacts, text messages, camera, and microphone. It doesn’t, however, actively mitigate an app from accessing the data in the first place.

That’s not the problem. Your contacts list isn’t just sensitive to you, but it’s also personal information for everyone else on that list. Uploading that data literally thousands of times in just a few days seems more than excessive.

BlackBerry Priv has a big flaw: It’s a privacy flop

The Priv shows a clear disconnect between what the company wants, and what the phone actually does.

It’s not clear if the apps simply access the data, or if they upload the data to its servers.

In fact, a Skype spokesperson said (moments after this story was first published) said almost exactly that.

Yelp also uploads contact list data, too — though, it now warns users after it was found to have uploaded users’ contacts data to its servers without their permission.