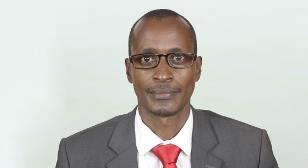 The Public Relations Association of Uganda (PRAU) WhatsApp group has exploded after a member shared a photo of an erect penis.

Simon Ahimbisibwe, a top marketing official with the financial institution, FINCA Uganda, is said to have accidentally shared the picture on the forum – a move that unsettled the conservatives.

The photo carried the caption, “Don’t you want this?”

The intended recipient of the photo remains unclear to us.

ChimpLyf understands Ahimbisibwe was apologetic after many members expressed shock at his conduct.

It will be recalled that the group is run by conservative public relations experts who also maintain a strict policy on leaking group information.

We are informed the member was cautioned against future misconduct which could see him removed from the group.

A member who preferred anonymity to speak freely told Chimplyf: “The photo left many of us troubled. We were so upset. But upon learning it was not meant for PRAU group, we decided to caution him.”

Although his initial contact with the corporate world was in the Print Media where he worked as a Sales Executive, Simon’s career later changed to banking.

In 2004, he joined the former Nile Bank as a Banking Officer and soon became the Brand Manager and Product Champion in charge of Western Union Money Transfer services managing over 100 locations including sub-agent partners.

He later joined Barclays Bank of Uganda as the Brand Manager before moving on to Global Trust Bank where he worked as the Head of Strategy and Products while at the same time assisting in the Corporate Communications Department.

He holds a Professional Certificate in Marketing from the Chartered Institute of Marketing (UK), a Post Graduate Diploma in Management from Uganda Management Institute and a B.A. Education Degree from Makerere University, Kampala.

He is also a member of the Chartered Institute of Marketing (CIM) and the Public Relations Association of Uganda (PRAU).