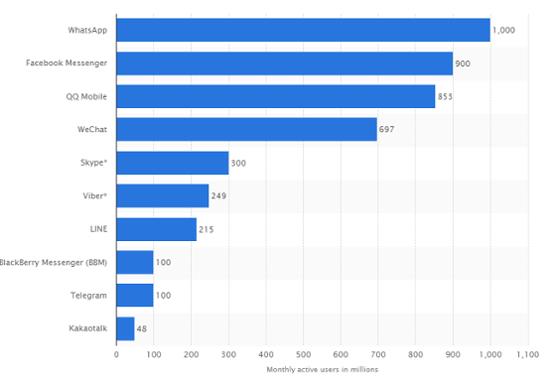 In today’s connected world, the way we use technology to communicate is constantly evolving. The availability of fast mobile internet access, together with the increased adoption of smart phones, has created an upsurge of Over-The-Top (OTT) applications (Viber, WhatsApp, Google messenger, Skype, etc.) that provide mobile users with an alternative to the traditional services owned by MNOs (Mobile Network Operators), such as voice, text messaging, multimedia messaging and more.

It’s now not unusual to notice people fiercely swiping their mobile phone’s screen to target several OTT apps at the same time, jumping from one to another for messaging, VoIP, gaming and video, or any other communications services available within their mobile data subscription, to avoid paying traditional usage charges. This is commonly defined as OTT bypass.

This broadened use of OTT applications as OTT bypass is grabbing an important part of the telecom market, with MNOs facing the challenge of declining revenues from voice and SMS traffic, as well as from the reduction of pricing in data bundles derived from unlimited or zero-rated data plans. This also means that MNOs are no longer in control of applications or content, and, to some extent, traditional mobile services are being completely over-shadowed by the multitude of applications available via the internet.

This widespread adoption of OTT applications has formed an ecosystem capable of stimulating end-users to change the way they talk, chat and message, or ultimately the way they interact and communicate with each other. This new environment, far more dependent on internet and bandwidth requirements, is greatly contributing to the huge growth of data usage and increase in data traffic.

According to Analysys Mason’s 2015 Connected Consumer Survey, the most widely adopted category of OTT services is messaging, mainly due to the improved user experience it offers compared with SMS. These OTT messaging services facilitate chat-style conversations, offer features like group chats, the exchange of graphics, video and even audio messages, as well as stickers or emoticons, at zero or minimal costs.

The popularity of OTT applications and the commoditisation of OTT bypass among mobile users is, however, making it harder to disregard the huge impact of OTT providers on the MNOs, who are being deeply affected in two important dimensions on their business: operational and financial.

At the operational side, the massive volumes of traffic driven by the increase of data usage is putting pressure on further investments in infrastructure which are key for the successful launch of broadband projects. From a financial perspective, revenues from the use of voice or SMS are at risk due to the financial threat of OTT bypass fraud. MNOs are also seeing their revenues being affected due to ineffectiveness in monetising data usage.

In such a dynamic business environment, it is vital for MNOs to be aware of the threats this type of fraud poses and above all, understand the various challenges rising from it.

The emergence of OTT bypass fraud

Where there is opportunity, fraud may exist, and OTT bypass brings a plethora of new opportunities for fraud. While many of the OTT services are characterised for not being platform -dependent and available to subscribers on a free of charge basis, these are intrusive to the MNO’s network. This gets worse in markets where OTT communications services are widely adopted, as the probability of fraud is significantly higher.

This type of fraud usually happens in mobile-to-mobile calls, where the fraud is perpetrated during the interception and redirection of the call that originated in the legitimate mobile network, into the wholesale/interconnect network without the subscriber’s consent. Moreover, the called party (MSISDN) will not have the knowledge of the call flow method, and will pay for the call through their data consumption plan, if the OTT provider doesn’t deliver it at zero-cost.

The ecosystem in which the OTT bypass fraud occurs comprises of several parties (i.e. subscribers, MNOs, interconnect/wholesale operators and OTT providers), posing several complex challenges. For instance, some of the OTT providers may have established wholesale network platforms in their environments. These platforms provide OTT providers with the capability to not only redirect calls from the originating mobile network (that would normally have ended in the MSISDN terminals over the mobile network, to which the MSIDNs belong) but also to intercept the calls within the wholesale network; thus re-directing them to a data connection that terminates in the OTT application, which is configured in the called party’s MSISDN associated terminal.

By owning wholesale platforms, OTT providers not only generate extra revenues but also decrease the costs of terminating calls. On the other hand, the MNO, the owner of the mobile number receives residual compensation or none at all, based on the minimal data plan subscribed by the MSISDN in replacement of the revenues arriving from traditional voice calls.

The market is becoming highly disruptive. If, for example, we have one MSISDN attached to a smartphone, which in turn has multiple OTT applications installed, wholesale providers are likely to strengthen partnerships with multiple OTT providers in order to accommodate higher number of re-routable MSISDNs and thus reduce the costs of the terminating calls.

In today’s telco environments, MNOs are aware of what OTT bypass fraud is, yet many do not really know the impact of this type of fraud on their business.

The problem goes beyond their reach. As a result, governments worldwide will need to have a decisive (or at least a more active) role in creating better regulation, as well as fine-tuning tax legislation and implementing rigorous law enforcement.

We all know that OTT bypass is not illegal, but that doesn’t mean it can’t be regulated to attain higher transparency and equality among parties and of course – subscribers!

In the circumstance of OTT bypass, subscribers can’t opt for using (or not using) a service simply because the wholesale operator took the decision of partnering with an OTT provider. Moreover, by its design OTT bypass makes sure that the terminating call ends on the OTT application at the subscriber’s smart phone, whether the subscriber wants it or not.

The key to fighting OTT bypass fraud is in establishing partnerships that possibly permit the introduction of control mechanisms that help to identify when interceptions and/or re-direction to OTT services through data networks should be allowed while terminating a call.

If MNOs intend to regain relevance in their market, they need to find new ways of reaching their end-users. From a digital services perspective, MNOs have an opportunity to extend their participation in the content value chain by investing in OTT services. Furthermore, as many business models emerge, together with many new forms of mobile services, a mutually beneficial situation is needed for MNOs and OTT providers. This investment will certainly solidify the value of MNOs in the supply chain of digital services.