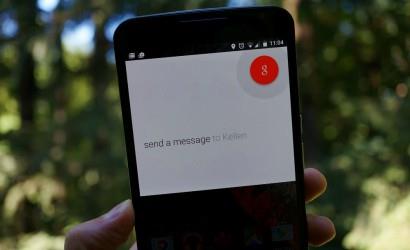 If you’re already barking “Ok Google” at your phone to dictate your email, texts and Hangouts messages, then you’re on top of your game—Google’s official app just gained that feature in April. Starting today, you can show off even more by using Google voice dictation for other messaging apps including WhatsApp, WeChat, NextPlus, Telegram, and Viber.

How to use Google voice dictation

Just as you would click the app’s microphone icon or say “Ok Google, Shazam this song”—or “Ok Google, send an email to Chris”—you can now also say, “Ok Google, send a WhatsApp message to Jose.” The same applies to dictating to WeChat, Telegram, or NextPlus. 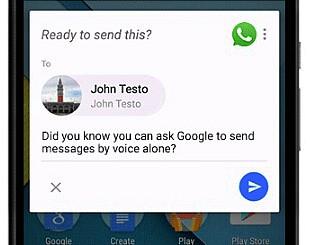 If you don’t start dictating your message right away, you’ll get a prompt asking you to then dictate it. To skip that extra step, just say your message all at once, such as: “Ok Google, send a Viber message to Sarah K: let’s do dinner tomorrow night.” Just as with dictating emails or texts, Google will still show you your transcribed message so you can okay it or correct it before sending.

Although the Google voice dictation function currently only works in English, it’s not limited to just the US, so English speakers anywhere can use it. Google says it’s working to add more apps and languages in the future.

If your phone’s launcher doesn’t already have the Google app icon or microphone icon right on your home screen, you might consider installing the Google Now launcher. Besides featuring a Google search bar with the microphone icon, the launcher lets you swipe right on your home screen to view Google Now cards that give you customized information relevant to whatever you’re doing at the time.