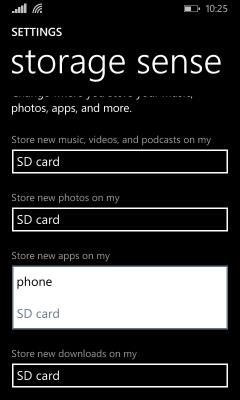 The latest Windows Phone 8.1 update came up with lots of interesting features, out them, one is the ability to move apps between the phone memory and SD Card. This feature can be very useful for you if you own a budget Windows Phone like Lumia 520 or Lumia 620 that comes with an 8 GB internal memory, as now you will be able to install larger apps or games to the SD card. This post covers the SD card part of the Windows Phone 8.1 update and also tells you how to move apps between SD card and Phone memory. 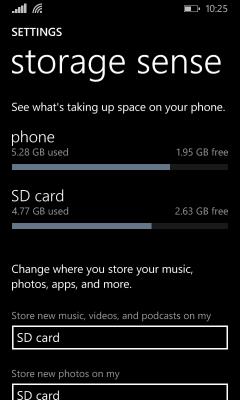 If you want that every app installed on your device must go to the SD card, then you must change some settings on your device. The instructions are as follows:

3. Change the option to SD Card.

If you also want to store new downloads on SD card, then you can do so by following a similar procedure in Storage Sense.

Now every app installed or any file downloaded on your device will be automatically stored in SD Card.

2. Tap the bar showing memory status of the phone. 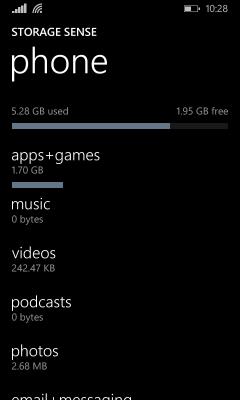 4. Tap the application you want to Move. 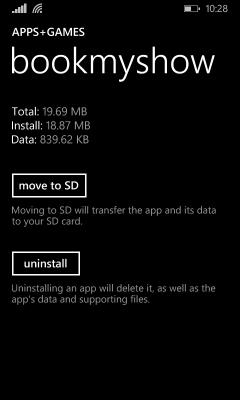 A similar procedure can be followed for moving apps from SD card to phone. Instead in Step 2, you must tap the bar showing memory status of the SD card. This new feature lets you install more apps, and now you can even install larger apps/games like Asphalt 8 without getting out of space.

Another related feature I found interesting in this update is the official file manager. Yes, you can download the official Windows Phone file manager “Files” from the store. Files lets you easily manage data, you can copy, move and delete files using this file manager. You can even move files from phone to SD card or vice-versa. 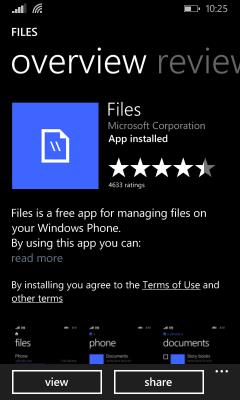 The new Storage Sense app is really very helpful, and you can move or uninstall apps and delete temporary files and do a lot more. The new update came up with many other features, so stay tuned on The Windows Club to know about more features.