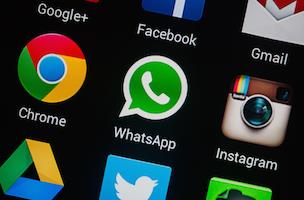 Check the visual below for more social media minimum age requirements, which comes courtesy of Linneyville.