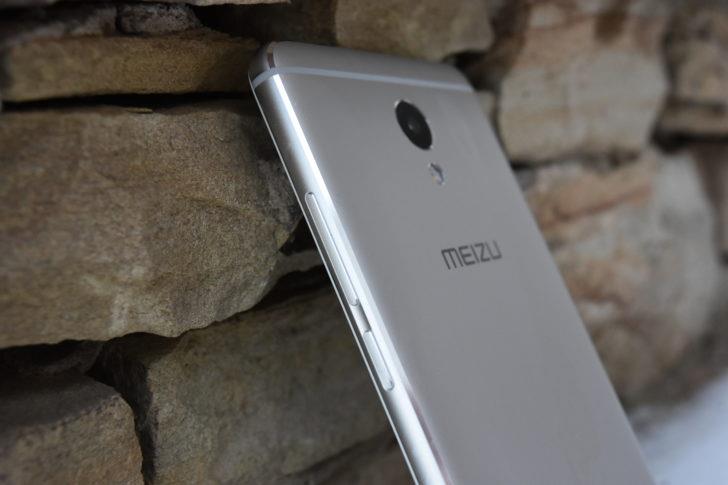 It would be understandable if you have never heard of Meizu. While it is one of the top electronics companies in mainland China, the company isn’t massively popular outside of the country. The M5 Note is the newest device to come out of Meizu, and like many of its recent phones, is being sold internationally.

From the spec sheet, the M5 Note looks like a solid device. A Mediatek Helio P10 CPU, 1080p LCD screen, at least 3GB of RAM, a massive 4,000mAh battery. The price is perhaps most impressive, costing just 899 CNY for the base model – roughly $131 USD. For comparison, the Moto G4 Play with a Snapdragon 410, 720p display, and 2GB of RAM costs more at its regular price.

With great specifications at an incredibly low price, the M5 Note almost seems too good to be true. Unfortunately, it is.

The M5 Note, as the name might imply, is a rather large phone. The device itself is roughly 154mm tall, 75mm wide, and 8mm thick – almost identical in size to the Pixel XL and now-discontinued Galaxy Note7.

Besides the physical size, the first thing you might notice when holding the M5 Note is the weight. Whereas my Pixel is just 143 grams (5.04 oz), the Note is 175 grams (6.17 oz). The extra weight is largely thanks to the included 4,000mAh battery, which I’ll get to later. Overall, I didn’t really mind the extra weight, but it is certainly noticeable compared to most flagship devices. 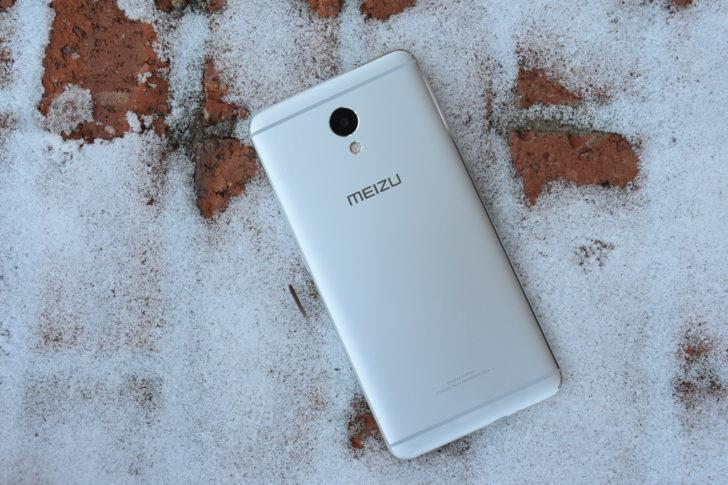 Aesthetically, the M5 Note seems closest to the iPhone 6S. It has the same reflective metal around the home button’s edge, the same aluminum back, the same antenna bands, and so on. The speakers and headphone jack are in the exact same position as well. This premium look and feel (even if unoriginal) seems out of place on a budget phone, and it’s one of the M5 Note’s best qualities.

That being said, the M5 Note is not a completely shameless copy. The large camera lens sits in the top center of the back casing, instead of the iPhone’s top-left corner lens. Like most Android devices, the power button and volume rockers are on the same side. Annoyingly (or at least for me), the power button is positioned below the volume. 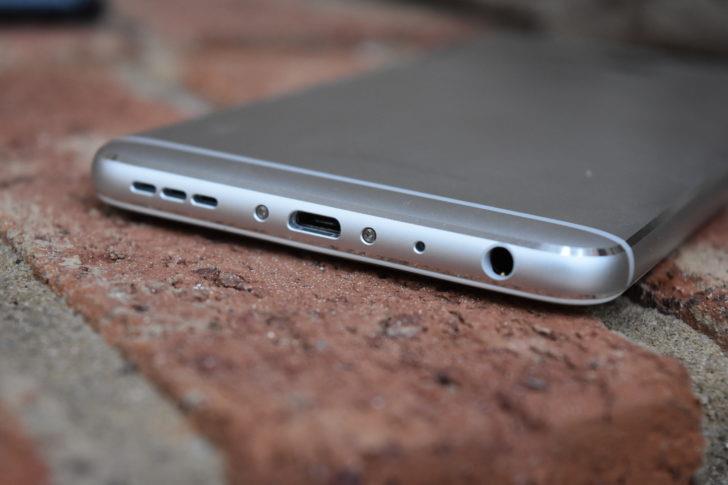 Perhaps the strangest design choice on the M5 Note is the navigation buttons – or rather, lack thereof. The home button, much like on the iPhone, serves as the only means of navigating through the operating system. Pressing the button takes you to the home screen, swiping or tapping the button acts as the back button, and swiping up from the bottom of the display brings up recent applications. While this form of navigation is certainly bizarre, I got used to it fairly quickly. I would have preferred software navigation buttons, but I suppose it could be worse. 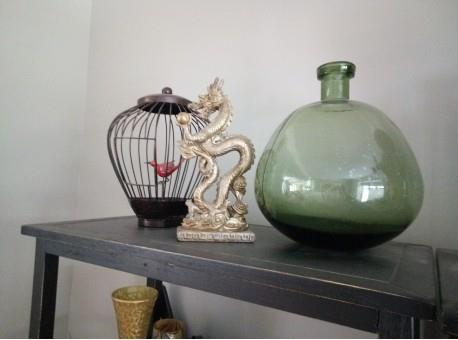 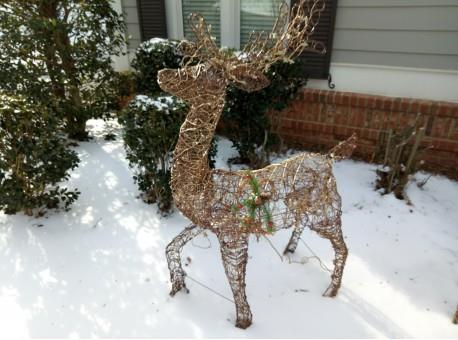 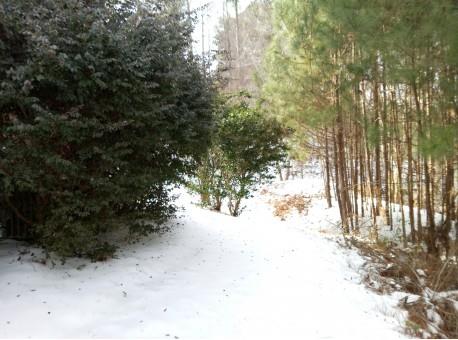 The M5 Note has two cameras – a 13 MP rear camera and a 5 MP front camera. Both are unexceptional, as should be expected for a phone at this price point. Outdoor shots with enough light are usually good, such as the first photo, but still appear washed out. Inside/low-light photos often appear blurry and unfocused, even when capturing stationary objects with the M5 Note on a tripod.

With many budget devices, a good camera is often a low priority, and it certainly was with the M5 Note. 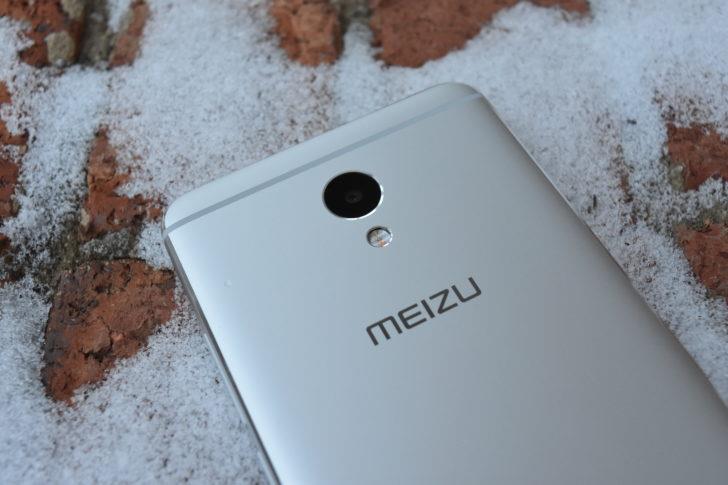 As you may have noticed in the table above, the M5 Note is powered by the MediaTek Helio P10 CPU. The CPU has eight ARM Cortex A53 cores, clocked at 1.81GHz each. Graphics are handled by the Mali-T860 GPU, and depending on your model, the M5 Note has either 3GB or 4GB of RAM. There’s also no USB Type-C port to be found – just microUSB.

In day to day usage, I would describe the M5 Note as ‘acceptable’ in performance. Most apps do take a second or two to open, but overall the phone never felt bogged down or especially slow. Again, for roughly $131 USD, you shouldn’t expect flagship-level speed.

But what about games? Much like the CPU, the GPU is nothing to write home about. The 3DMark Sling Shot test running at 1080p with OpenGL ES 3.0 scored 498 (full results here). This places the phone alongside the LG Optimus G Pro (488), LG Stylus 2 Plus (510), and Oppo R9 (494). This should be enough to power through most games, with my test of GTA San Andreas only dropping frames when setting visual effects to the max.

While I’m on the topic of hardware, let’s talk band compatibility. Like many Chinese smartphones, the M5 Note does not support the LTE bands in the United States, and doesn’t work at all on CDMA carriers like Verizon. On my Project Fi SIM card (only connecting to T-Mobile towers, since I’m using an unsupported device) I often switched between HSPA+ and 3G. 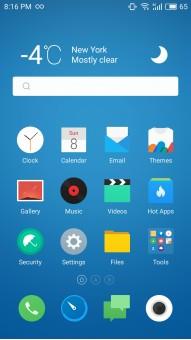 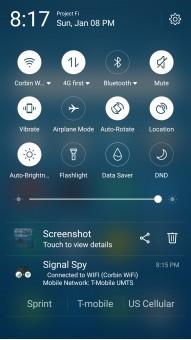 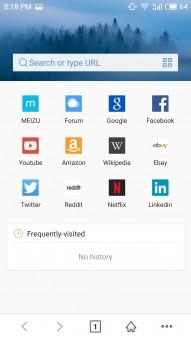 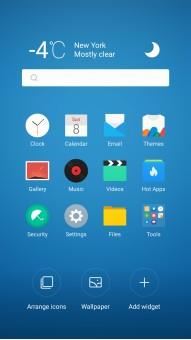 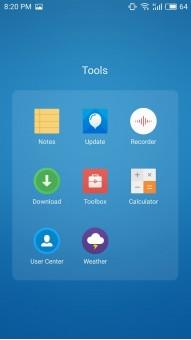 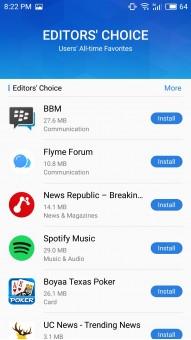 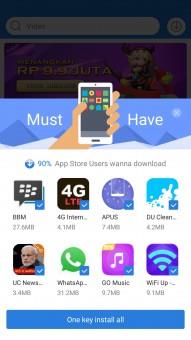 The Meizu M5 Note runs Flyme OS, the company’s skinned version of Android 6.0 Marshmallow. While the Note was originally announced to ship with Flyme OS 6 (still unfortunately based on Marshmallow), my review unit shipped with version 5.2.11.

As with many Chinese Android ROMs, Flyme OS takes some visual cues from iOS. The notifications panel has a frosted glass background, the launcher doesn’t have a separate app drawer, and so on. While I don’t mind the overall design, it doesn’t share much in common with Material Design.

However, Flyme OS seriously cripples this phone. The major problem is that the device ships without Google Mobile Services, which I consider essential to every Android device. GMS not only includes the Google Play Store, but also Google Play Services – essential for most Google applications to even work. This may be acceptable in China, but with the M5 Note being sold internationally, this is a huge problem.

Instead of the Play Store, the M5 Note includes the non-descriptive “App Store” and “Hot Apps.” The former seems to be a front-end for the sketchy 9APP repository, filled with unauthorized re-uploads from the Play Store and bootleg games. The latter is simply a list of recommended applications, with only an Install button for each item – you can’t even view a description. Once you install an application, it vanishes from Hot Apps entirely.

Notice how I said the M5 Note “ships” without Google Mobile Services. One of the many sketchy applications visible in ‘Hot Apps’ is an installer for Google services, which installs everything you need to get the Play Store and your favorite Google apps up and running. If you have ever flashed a gapps package on a custom ROM, this is the same basic concept.

However, there is one problem – Meizu is not a GMS partner, which means they are not allowed to distribute Google’s library of applications at all. As outlined by David, allowing users to install GMS on uncertified devices could lead to problems down the road.

So why does the M5 Note not have GMS installed by default? The most likely answer is that Meizu also ships phones with YunOS (formally known as Aliyun), which is not strictly Android-compatible. The terms for becoming a GMS partner dictate that the given OEM must not ship devices with incompatible forks of Android. So essentially, until Meizu stops selling YunOS devices, they would be blocked from becoming a GMS partner.

Flyme OS has some other issues as well. Initially while writing this review, I was unable to change the wallpaper at all – with the error message asking me to “upgrade the system and try again.” A recent system update later fixed this problem. Perhaps as not much of a surprise, the M5 Note with GMS also fails SafetyNet, so you won’t be playing Pokemon GO on the M5 Note.

In addition, during my entire time using this device, I was unable to receive notifications for Hangouts (as well as two other apps). With it being my most-used communication tool, I had to keep my Google Pixel on-hand at all times to ensure I would receive important messages.

This is by far the most surprising aspect of this phone, and the primary reason why I cannot recommend the M5 Note to anyone. As explained in the Software section, the M5 Note has not been approved by Google to run Google Mobile Services. Shortly after setting up the device, I used the Google Services installer to obtain the Play Store and related Google services, as I’m sure many other customers will do.

Thanks to Flyme OS not being certified for use with GMS, the Google Play Store absolutely tanks battery life on this phone. With a 4,000mAh battery, I was expecting at least a noticeable increase in battery life over my Nexus 5X. What I got instead was the worst battery life I have ever experienced on an Android device.

The Play Store regularly consumed 15-25% of my Note’s battery in regular use, with Google Play Services always following closely behind. My typical workload on a phone consists of checking various social media applications, some searches and news reading in Chrome, and the occasional Netflix TV episode or short YouTube video. In the time I was able to stand using the M5 Note as my daily driver, I did not see more than three hours of screen-on-time.