Read receipts, the small confirmation that lets you know your friends on Facebook Messenger have seen your message(s), are supposed to be a good thing for everyone.

But they can also be a great source of anxiety, especially when you know that somebody has seen your message and they’re not replying back. Like, WTF?

SEE ALSO: This Messenger app will keep your friends anxiously waiting for your reply

The same goes the other way around. For whatever reason, maybe you don’t want someone to know you’ve read their messages.

While there’s no official way to turn off read receipts in Messenger, like you can in iMessage or WhatsApp, there are some workarounds that’ll let you ninja your way around.

If you don’t already have Messenger notifications turned on, do it. On iOS, you’ll want to have the notification alert style set to either Banners or Alerts (Settings > Messenger > Notifications) when your phone’s unlocked.

If you want to see your notifications on your lock screen, toggle on “Show on Lock Screen” in the same setting preferences as above.

Now, when you receive a message from somebody, you can read the message(s) as they come in as notifications. The key to not activating the read receipt is to not engage with the incoming message — because as soon as you open a message, either for a quick reply or within the Messenger app, it’ll change the read receipt from a blue check mark (delivered) to your profile photo (read). 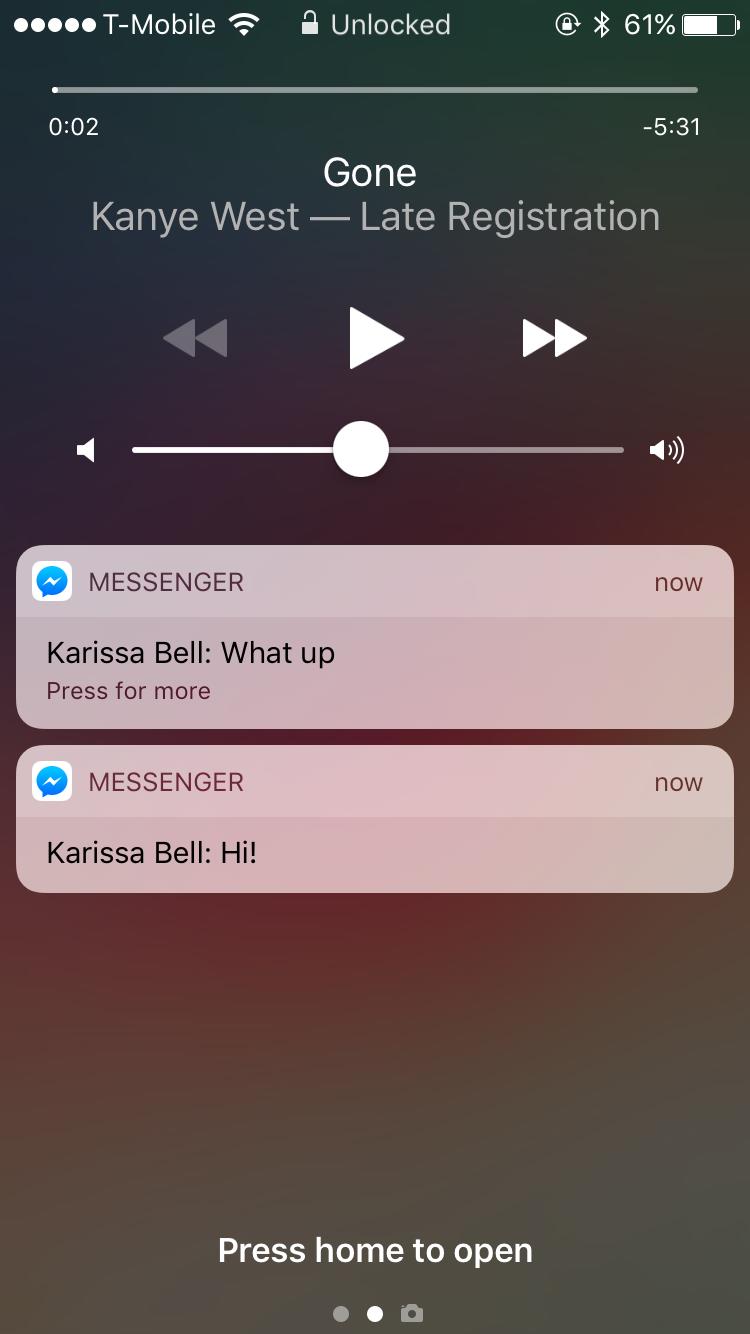 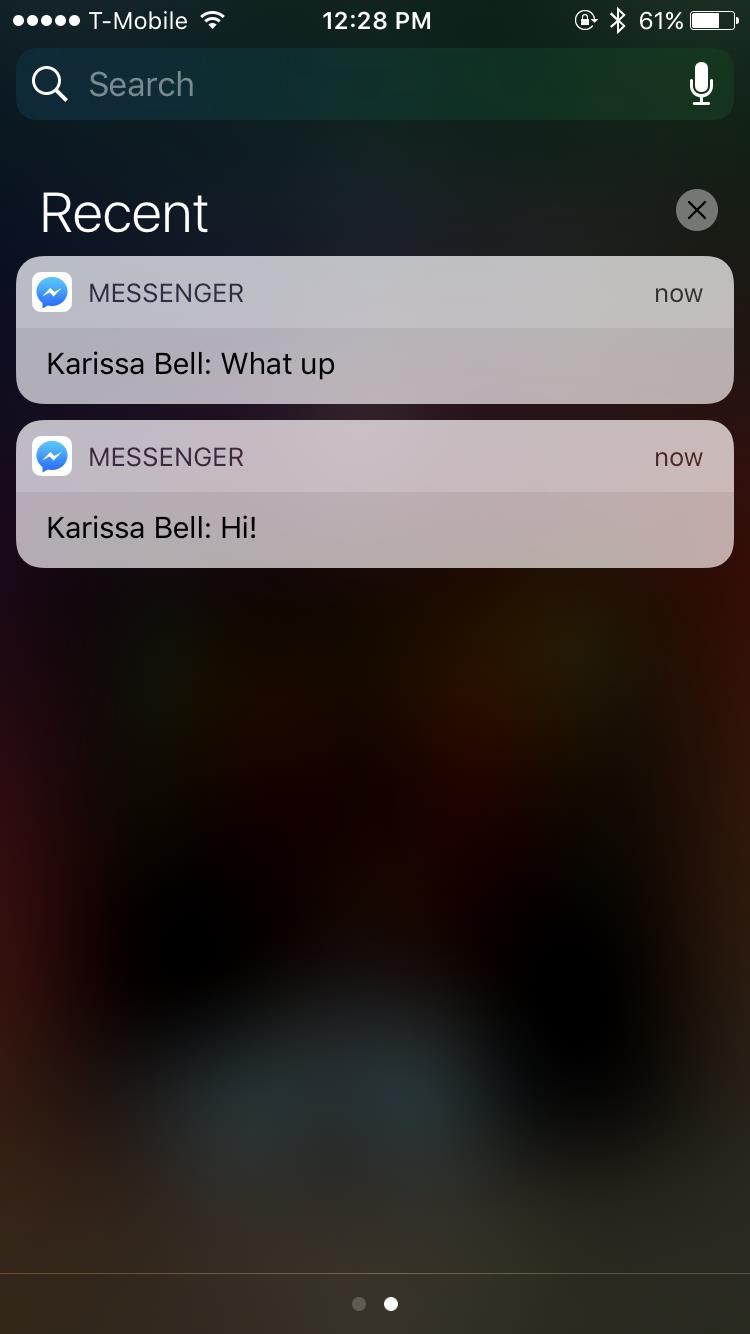 For the most part, it’ll get the job done. But there’s a small catch that might muddy things up a little: iOS notifications are limited to 162 characters, which means if you receive a message that’s longer, you won’t be able to see the whole thing, like so: 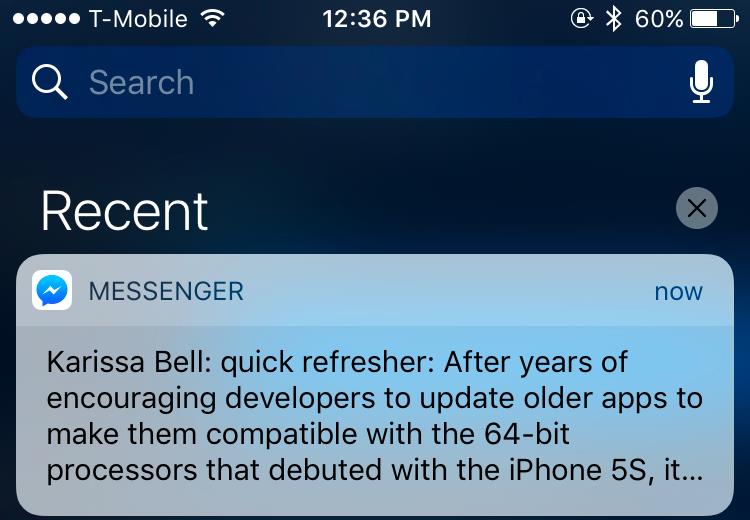 Ah…the ol’ reliable airplane mode trick. If you know how to use airplane mode to hide your tracks or snoop with other apps (like Snapchat), this trick’s basically the same.

With this workaround, you can prevent your read receipt from activating simply by switching on airplane mode, which turns off all Wi-Fi and cellular connections, after you’ve received messages.

The trick is simple: Turn on airplane mode, open Messenger, read all received messages, then – and this is very key, so don’t forget it – quit the app (this is different from just closing the app and returning to the home screen; to quit Messenger, launch the multitasker and boot it) before switching airplane mode off. 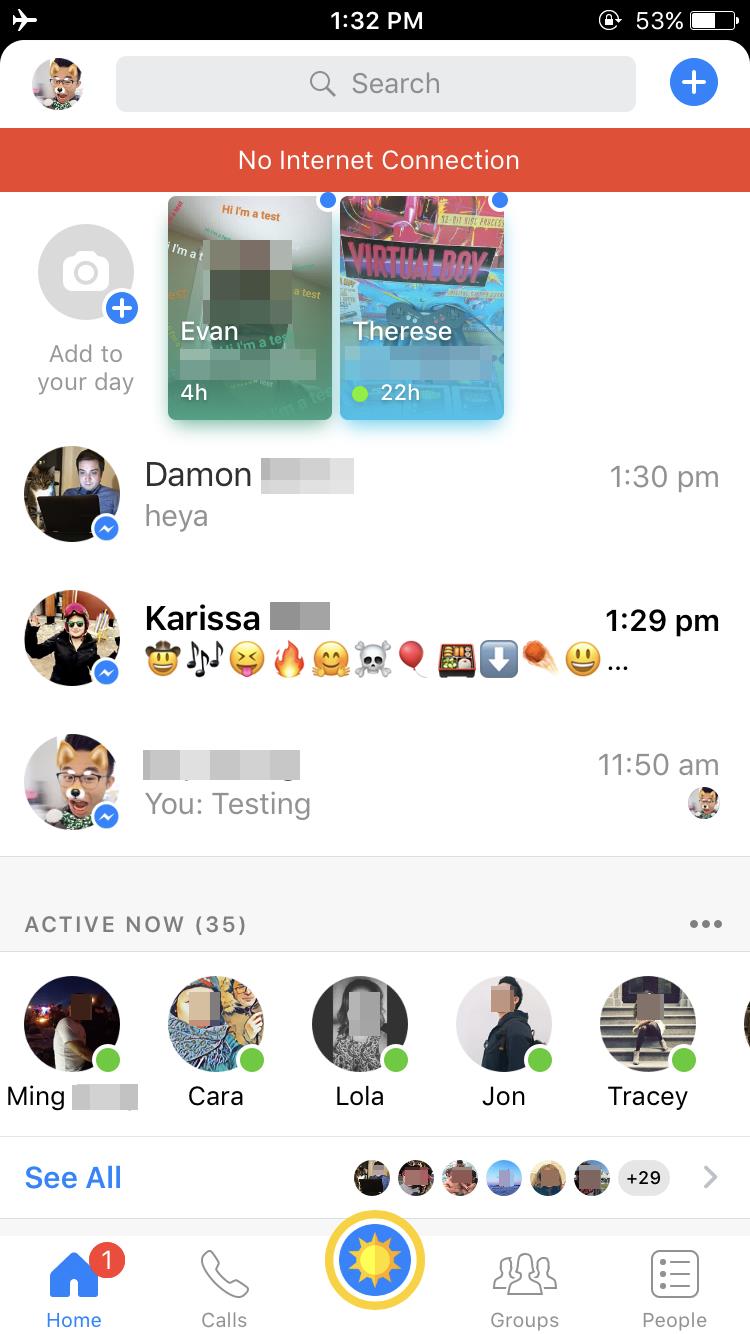 Turn on airplane mode, then open the Messenger app… 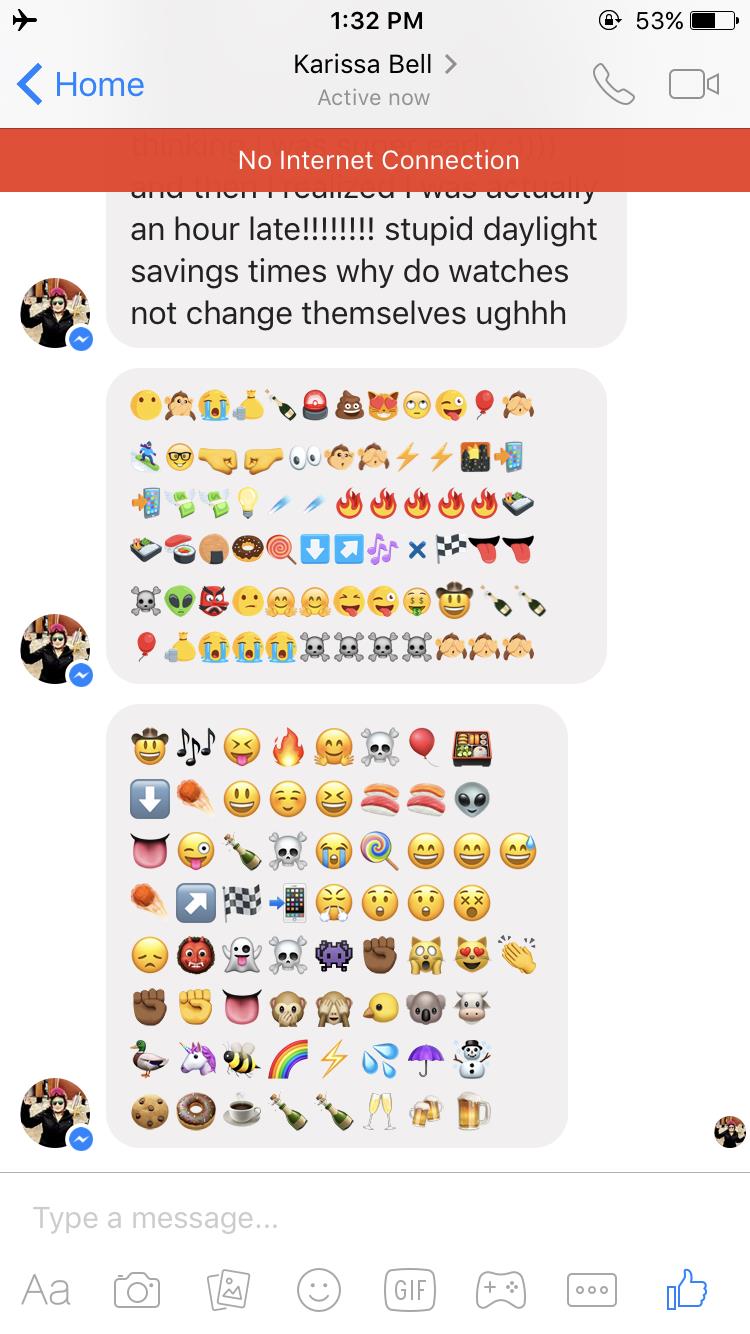 …then read all your messages, quit the app (different from closing it)

If you don’t quit Messenger, the next time you open the app and it reconnects to Facebook’s servers, it’ll sync up all your offline activity and your friends will know you read their messages.

3. Use a Chrome extension

Preventing your friends from seeing your read receipts isn’t as straightforward on desktop as it is on mobile, and your success may vary depending on which Chrome extension you use and which version.

For example, we tried “Facebook Chat Privacy”, which is supposed to block the “seen” and “typing” receipts, but it only disabled the latter.

Another Chrome extension called “Unseen”, however worked almost perfectly and blocked the “seen” and “typing” receipts, but not the “delivery receipts”. 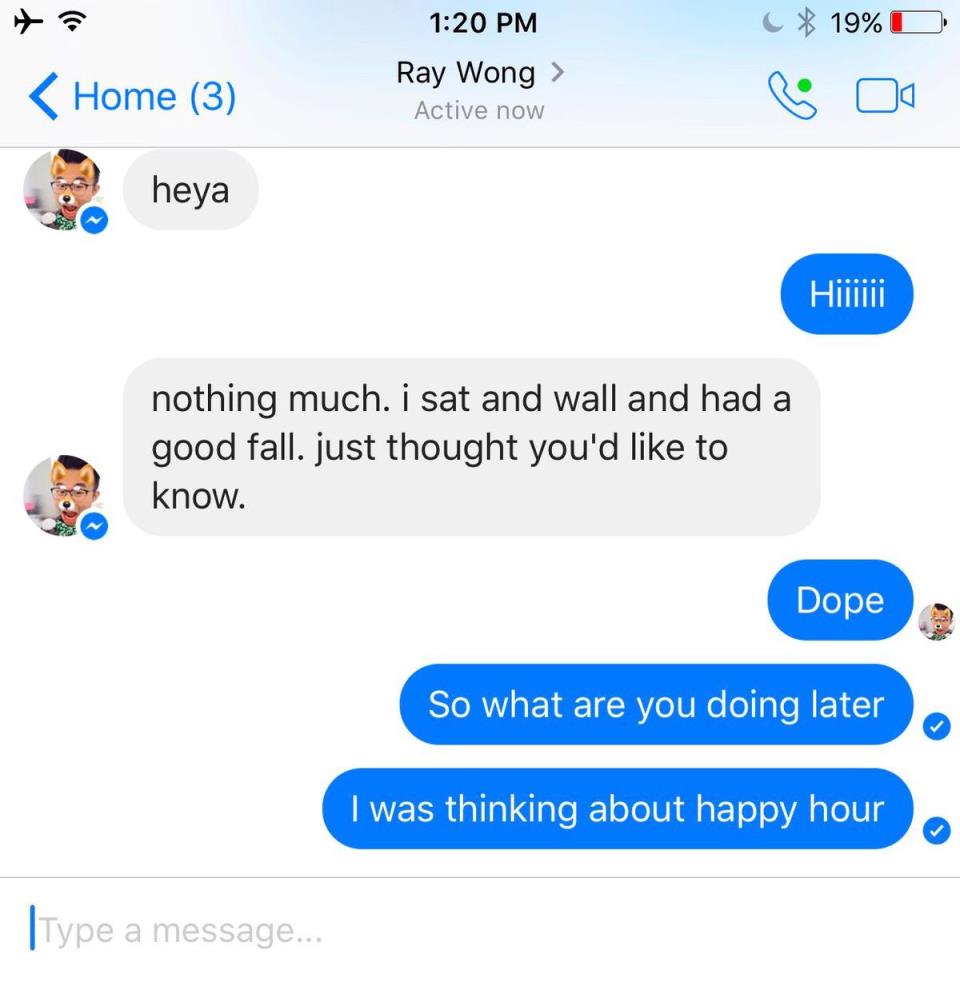 Using the Unseen Chrome extension, I was able to read my co-worker Karissa’s messages but she just saw them as “delivered” (as indicated by the blue check mark) but not “read/seen”.

There are tons of Chrome extensions available that claim to block read receipts, but the only way to really know if they work or not is to try them for yourself. (We make no promises that the extension versions that worked for us will work for you.)