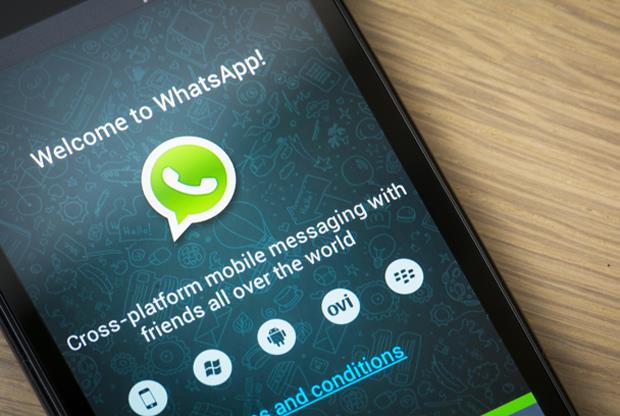 Iranians are no longer able to use the free text messaging service WhatsApp, JTA reports, because the app was recently bought by Facebook, which is run by Mark Zuckerberg, who is Jewish. That’s right: Iran banned the app, which allows users to communicate via text message without having to purchase a dedicated SMS plan, because it is owned by a company whose CEO is, as they put it, is an “American Zionist.”

“The reason for this is the assumption of WhatsApp by the Facebook founder Mark Zuckerberg, who is an American Zionist,” said Abdolsamad Khorramabadi, head of the country’s secretary of the Committee for Determining Criminal Web Content, Fox News reported Sunday.

The move would make more sense, though, if Facebook was also banned in Iran. But since it’s not, this arbitrary ban is largely meaningless, serving only to prevent the citizens of Iran from saving money while they group text. It’s especially nonsensical considering how much of a presence on social media—Facebook included—Iranian President Hassan Rouhani has built up since taking office in 2013. He tweets regularly, and updates his Facebook profile with pictures and messages. The ban on WhatsApp, then, seems wholly inconsistent, and almost entirely random.

It’s not the first Jewish-tinged attack on Facebook since the social networking behemoth bought WhatsApp in February. A German newspaper published a cartoon depicting the ‘Facebook Octopus’—a hook-nosed Zuckerberg with tentacles pulling the WhatsApp logo into his reach.

The Iranian reaction, however, seems to also be a bit delayed: Facebook dropped $19 billion on the app three months ago, and Iranians have presumably continued to use the app since then. What gives, Tehran?