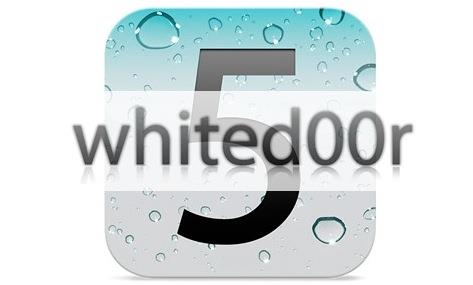 Have an older generation iPhone 3G or 2G? If so, you’re stuck on older legacy iOS versions with limited features and sluggish speeds. But not anymore with Whited00r, which installs a custom iOS build on the device to help bring it into the modern age.

Whited00r 5.1 is basically an unofficial custom made iOS build that includes many of the iOS 5 features and has been optimized to run on the older hardware. With Whited00r, you’ll get multitasking, wallpapers, folders, and variations of Reminders and Newsstand, and it’s claimed to be much faster than the default iOS 4 installations that drag the iPhone 3G down. Unfortunately there’s no Notification Center, and you will also lose the native App Store, meaning to install apps you’ll have to use iTunes or Safari. If the trade offs are worth it to you, installing Whited00r is very easy for anyone familiar with using IPSW files.

This works for iPhone 3G, iPhone 2G, iPod touch 1g and 2g. Backup the iOS device beforehand, and proceed at your own risk:

After the iPhone has rebooted, do not restore from a backup, instead select to set up a new device. This is recommended to avoid any conflicts.

This video demonstrates the speed of an iPhone 3G running Whited00r 5.1 compared to an iPhone 3GS running iOS 5:

The speeds are fairly close, an impressive feat considering the 3GS has significantly faster hardware, a faster CPU, and more RAM.

If you’re having trouble with the installation or just have questions, check out Whited00r’s forums.