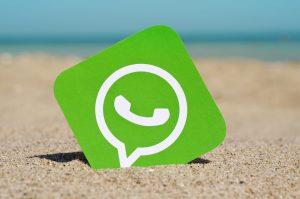 WhatsApp is the significant messenger platform used by majority of the population in the world even when there are a number of other messenger apps available in the market. The app was launched by Jan Koum and Brain Acton in 2009, and soon after the launch it became the most popular app used by the young and old.

Country with a large user base

A business that is addressed by millions of consumers in considered as a privilege for the company and it boosts its marketing strength and for this reason the companies try to venture into countries where there is high population.

World’s largest population is found in India and China and these are the two markets where major tech companies and other business try to occupy their position. WhatsApp is also one such company that tries to occupy its position in these markets. Considering the Indian market, it is the most demanded country by many businesses because of various reasons.

One of the reasons is that India is a developing country that has the scope and space for growth and a large part of the population is covered by young and energetic people. India is a diverse country that maintains its originality and at the same time welcomes new trends and changes in the society.

The messenger platform faced certain issues in the country last year and a case was filed regarding the privacy policy the Delhi High Court because some the app users complained that the messenger app is sharing the personal details of the user to its parent company. However, the company won the case, but is now transferred to the Supreme Court. Because of these issues, the company is taking much care in its business in the country to make sure that it does not lose its active users.

And it is found that the Indians are the largest users of the video calling feature offered by the messenger app and about 50M video calling minutes per day is recorded to be made by the Indians from the total of 340M minutes of video calling. But the interesting fact about the country is that it has poor internet connection.

The service providers charge more for making a call and it differs according to each service provider and when compared to that the internet charges, so the users are able to place calls through the messenger app. 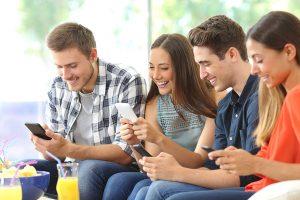 However, the rankings regarding the video calling feature in the country has not reached the expected range according to the messenger service. The messenger platform believed that its voice calling feature would outrun the cellular calls, but that was not the case.

When the user selects the calling option at the top right corner of the screen, the menu shows two different options- the voice calling feature and the video calling feature. The users can select the respective option to place the call. When a user makes the video call, the front camera automatically opens and starts capturing the user’s image and when the person on the other end picks the call they can see their image as well.

The face to face communication connects the people together and reduces the distance between them. Most of the users who live away from their family, friends and loved ones use this feature to bridge their physical distance. The video calling feature soon became the popular feature among the users.

It is known that WhatsApp has been in the process of testing and releasing new features in the platform from time to time. Among many different updated features, the user interface of the messenger platform was enhanced making it more comprehensive and user friendly.

According to the update, the voice calling and video calling feature are separated in the platform making it accessible for the users. Now, next to the voice calling option that is represented by the call icon there is a new video recorder icon available in the new version. Therefore, the users can place a video call directly by clicking on the video recorder icon. The video call is enabled as soon as the icon is selected and the users can see the recipient on their mobile screen.

The video calling enables the users to talk to the other person directly by looking at their face. The advantage of WhatsApp’s video calling feature is that the users can place the call even with low internet connection. And India being the developing country that offers promising growth is the best place for the tech companies to start their business.

India is reported to rank the top position when it comes to making video calls and the data shows that the same. WhatsApp’s focus on Indian market adds value to the country among the global market and it attracts many other businesses to venture into the country to do business.

Anand Rajendran is the Co-Founder and CEO of Dectar a well-known Software products development and Mobile App Development Company based in Chennai, India. He has extensive experience in building and leading innovative and collaborative software development teams to deliver major software applications like Scimbo  – Whatsapp Clone Script. He loves exploring new things and sharing his knowledge with others.