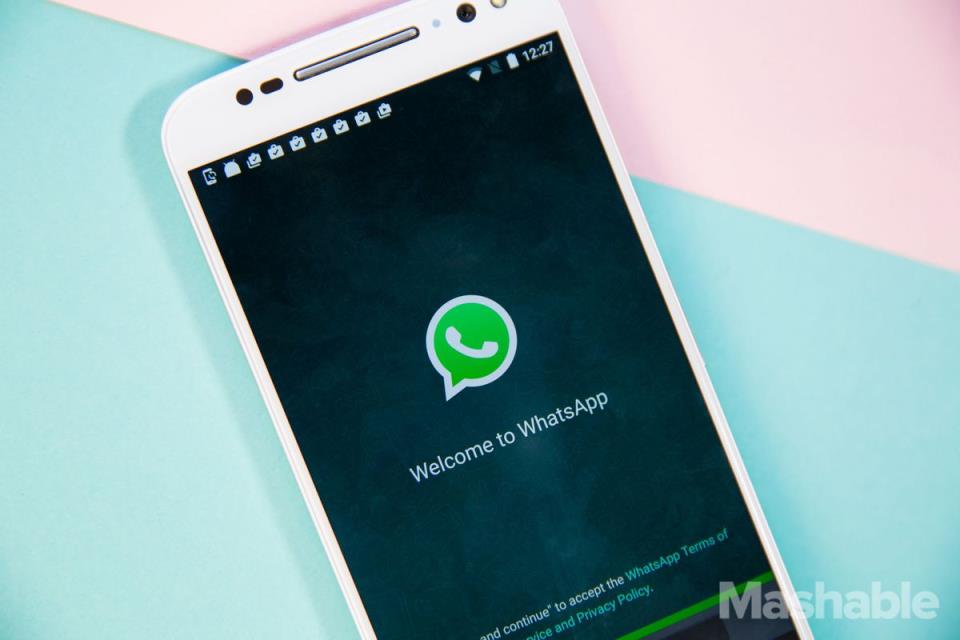 I grew up in India and moved to New York City four years ago, but I’ve always had family all around the world. In spite of having high-speed internet, access to Skype, Yahoo Messenger and numerous other communication tools, almost every interaction was one-on-one.

This wasn’t a big issue, but this meant that for years we were unable to create the most fun part of our family life — the moments when we were all together. My family is fairly large and tightly knit, so to be spread out around the world for years at a time always felt insufficient.

A few months ago my aunt, who is decades older but significantly savvier than any of us, started a WhatsApp group for our family. We mainly use it for life events like a birth announcement, a graduation, a birthday or a new job. But even at our modest level of use, WhatsApp has completely changed the way we communicate. Now I could excitedly give good news to my whole family at once, and they could all chime in with their witty remarks.

WhatsApp has been laser-focused on making the mobile apps fast, reliable and as widely available as possible.

My family’s experience is far from abnormal in India, and many families use the service a lot more than we do. It’s not quite clear why WhatsApp has taken off so quickly there, but one day it was ubiquitous — it’s at 200 million users and growing at a fast clip, up from 160 million in November.

There are some obvious factors at play: WhatsApp is much cheaper than texting, since most Indian carriers do not offer unlimited texting but do offer fairly cheap data plans. The UI is simple, generic, and easy to pick up. The addition of free voice and video calls were a natural extension to the app’s small feature set.

WhatsApp has completely transformed the way the vast swaths of the country communicate, and it’s found a presence everywhere form politics to grocery shopping. The app has limitations, of course, a big one being that it is mobile only. There are web and desktop based clients, but they require the phone to be on and connected to the internet.

At first glance, WhatsApp may look like any other messaging app, but the company’s staggering 1 billion monthly active users are no accident. The company has been laser-focused on making the mobile apps fast, reliable and as widely available as possible. In developing countries like India and Brazil, WhatsApp stands out even more with its stellar performance on poorer internet connections where apps like Facebook Messenger struggle to load. Over the years, WhatsApp has worked itself into the fabric of how my family and hundreds of millions of others communicate.

SEE ALSO: Of course Facebook is putting a Snapchat clone inside WhatsApp

About six months ago I lost my grandfather. I had just returned to New York for my final semester of college and it wasn’t viable for me to fly back for the funeral. My sister, also stuck in college, couldn’t attend either. While the rest of my family attended the funeral and spent the day together, my sister and I were alone on another continent thousands of miles away. We were upset, and wondering how the rest of our family was holding up. In this moment, Our WhatsApp group came through. My mom sent my sister and I photos of all the members of our family smiling to reassure us that everyone was sad, but holding up fine. My sister and I replied with our own selfies, and soon our family was cheering each other up from across the world.

Like many Indian families, mine congregates around endless cups of hot fresh chai (tea). As members of my family moved away from my home town of Mumbai, these occasions when the entire family is sitting around a living room, drinking cup after cup of chai were few and far between.

When Facebook bought WhatsApp in 2014, many Americans had never heard of it and didn’t understand the ridiculous sum of $16 Billion dollars. For many Indians, the company’s biggest market, we understood perfectly. WhatsApp’s appeal is not a killer feature or a groundbreaking technology — although they do have some of that. WhatsApp’s special nature lies in its ease of use. Everyone from grandparents to young children can easily use it, which makes it an ideal app for a family oriented country like India.

My family goes years without all of us in the same city, let alone the same room.  Our WhatsApp group serves as the digital equivalent of sitting around the living room, sipping endless cups of chai. It’s not easy to translate a feeling of such intimacy across a half dozen timezones, but WhatsApp comes pretty close.

WATCH: Meet the guy at Facebook who suggests tags for all of your photos – FB upload