There is no doubt that touch has actually increased 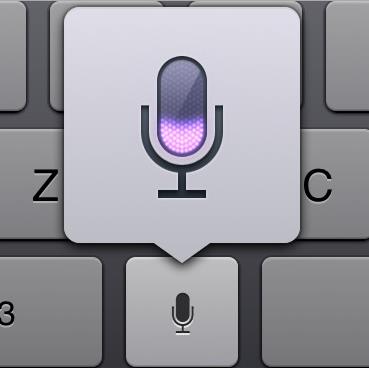 How to Text on WhatsApp using Voice Dictation 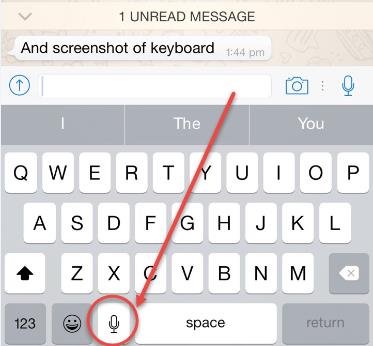 Please make sure that you are currently using the default keyboard of iOS 8 and not the third party keyboard application because this feature is a result of in-house development by Apple. The procedure is quite simple, you will just have to tap the microphone icon available on the keyboard (highlighted in the screenshot below).

Once you do that, you will be navigated to a different layout on the keyboard where you will just have to dictate the words and they will be typed in the text box on that very instant. 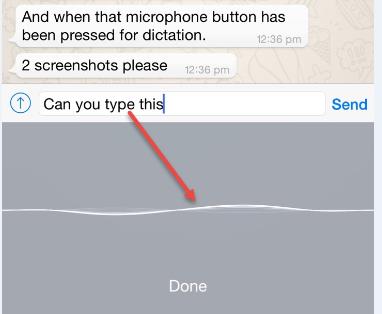 That’s it!! It is really simple to use but there are certain facts associated with this feature which are really important to know. There are certain commands which can help you to improve the way text is being typed on the screen. For Example, if you want to change the paragraph, then just say ‘New Paragraph’. If you want to add any special character then take its name followed by the word ‘sign’, such as ‘Dollar Sign’. It can also be used to write emoticons or signs like copyright, registered etc, for more information about the commands, please visit this Apple Support Page

The kind of commands available for iOS8 is highly diverse as compared to Android Voice Dictation feature available on their default keyboard. You can use the feature available on Android to merely texting and chatting with friends but when it comes to drafting a document then it will be really hard because it does not support those symbols and special characters via dictation. So, at this point of time, this feature on iOS is way better than that of Android.

Apple already had this feature for their Mac OS and now it being replicated for iOS platform, eventually we may see this feature integrated with Apple Watch during the announcements made at MWC in the coming week. Let us know, if you have faced any problem while using this feature on your iPhone or iPad