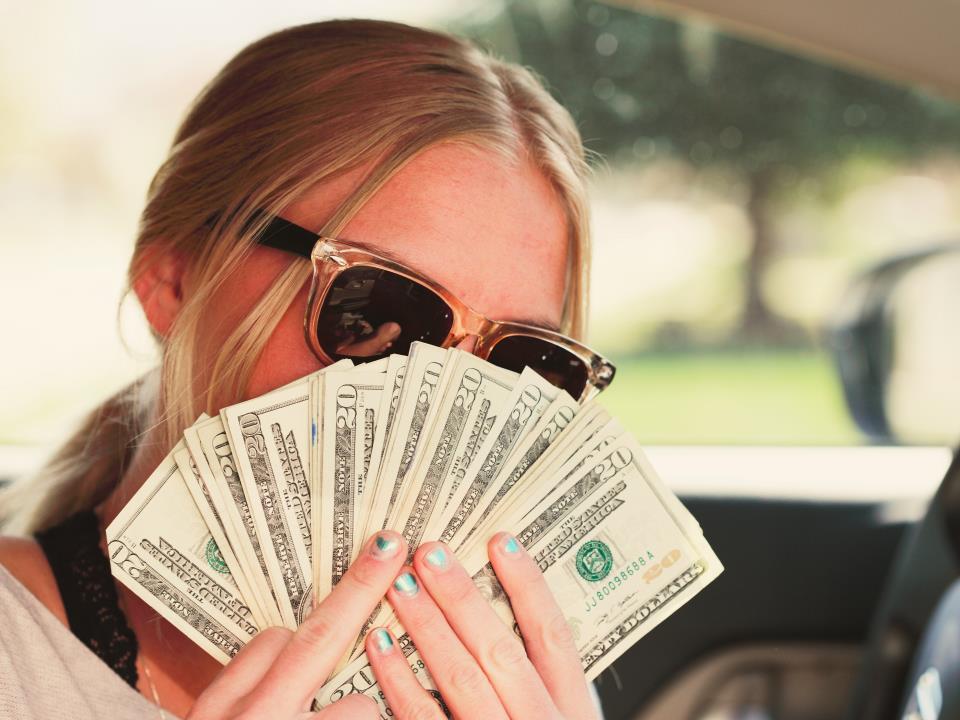 If you’ve used a dating site or app like OkCupid or Tinder, you’ll have noticed the hundreds of fake profiles that exist on the sites, seemingly designed to make you hand over your profile to scammers.

Dating sites are, thankfully, getting better at spotting who is using their service to send thousands of spam messages. It’s pretty easy to tell: They send the same message over and over, often with the same link.

But there’s a type of dating site scam that’s far trickier to spot, and the people who operate it claim to be making thousands of dollars every month fooling vulnerable men.

Business Insider obtained a PDF guide that is sold online for just £2.59. It details how scammers operate fake dating site profiles in order to con men out of money. The guide isn’t available for free, in fact, it was being sold for Bitcoins on a deep web marketplace. Bitcoin is cryptographic currency favoured by criminals as it allows semi-anonymous online transactions.

It’s not just guns and drugs that are up for sale on deep web sites. Vendors also list guides on how to commit other illegal activities. The documents are often sold for small amounts of money, but the price barrier, the need to pay with Bitcoin, and the fact that they’re only available on the deep web prevents the guides from being circulated widely. 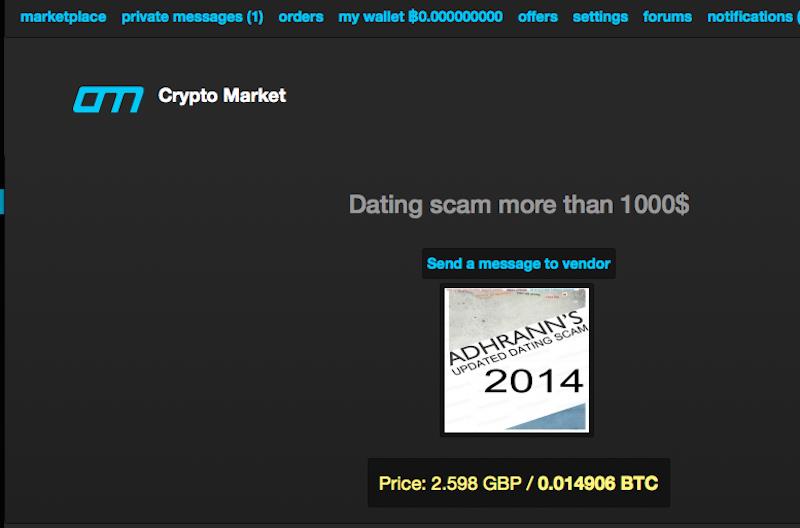 The document, titled Adhrann’s Updated Dating Scam 2014, lays out a method for creating fake dating site profiles, ensnaring men in conversation, and then pressuring them to send money. The author claims that someone who operates the scam can earn up to $15,000 (£9,700) every month if they operate the dating scam full-time.

Adhrann advises people following his guide to take care in the way they set up their dating site profile. They should have a burner phone, he says (a disposable phone that can be used for temporary tasks and then discarded). Potential scammers are also advised to use virtual private networks and proxy services, both of which can help hide the scammer’s real IP address and location in case law enforcement get involved.

So how do you know if someone is trying to scam you? Well, first of all, Adhrann suggests that readers look for certain types of men: “40-60, technical or financial formation (IT, analyst, accountant, consultant, engineer, etc); lonely, or still living with parents, poor social/conversational skills, shy, a bit weird, nerd type, etc.” So if that sounds like you, stay alert.

Another way to spot whether an account is fake is the selection of photos that it uses. Adhrann’s guide says that scammers should “look on the Internet for a bunch of pics of a cute girl” and select someone who is “not a top model, but a normal sexy girl.” To find photos, scammers can buy sets of photographs of young women, often through shady forums frequented by hackers.

This screenshot shows a user of a hacker forum being advised that a quick way to find sets of photos is to automatically download them from Facebook: 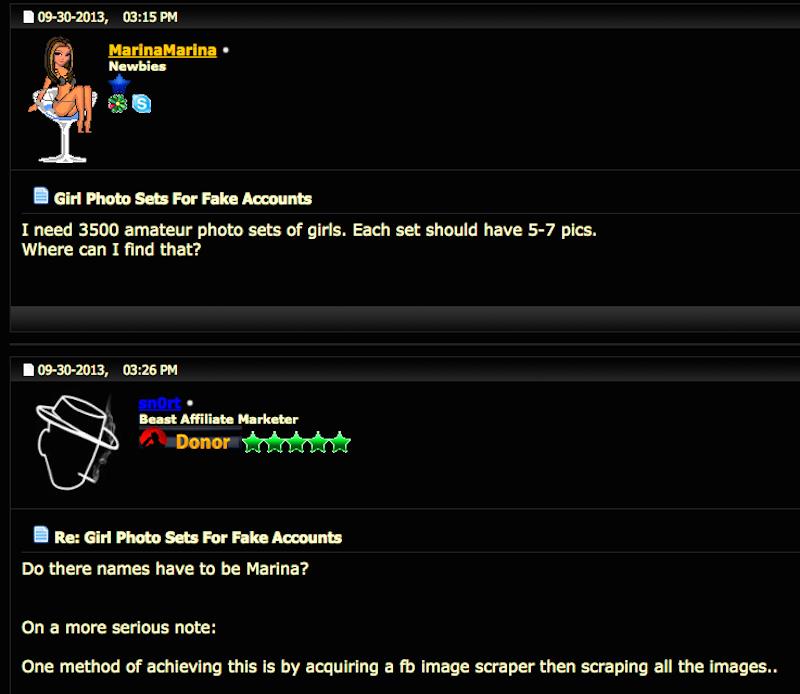 Even before a scammer messages you, you can spot they’re fake by checking their photos. Performing a Google image search for an account’s profile picture will show you where on the internet the image appears — sometimes you’ll see it attached to Facebook, Instagram and Twitter accounts with various different names. That’s a sure sign that the account is fake, as the photo must have been circulating on the internet.

Step two in the dating scam guide deals with “developing a virtual relationship.” Scammers are told to ask lots of questions about their targets, paying particular attention to their past relationships. They are then instructed to take the information learned, and then create the “perfect woman” for the target.

Adhrann says that scammers should “emphasize on you being in a difficult financial situation, yet DO NOT insist on that, but treat this subject like you have been much better in the past, and really ashamed now, [as you are] not used to being poor.”

Step three is where things start getting really interesting. It’s called the “cashing out” stage, and it’s where scammers start to ask for money. Up until now, scammers were instructed to turn down any requests for a Skype call, but if the target insists, then they should ask him to pay for a webcam. Scammers are told to use a female partner for the video call part of the process, but there are guidelines on what they should look like:

If a scammer is successful here, and managed to con the target out of money for a webcam, or other small amounts, then they may attempt the riskiest part of the process, known as the “pause.”

Scammers are instructed to stage an altercation over webcam, and then cease contact.

After a week, scammers are told to call the target and claim that their “husband/father/pimp/whoever” got “drunk/high/whatever” and attacked them. Then they will ask the target for thousands of dollars in order to run away and escape forever. That’s the final step, as the scammers leave with thousands of dollars, and the storyline has finished.

If you want to avoid dating site scammers, here are some basic tips to follow: