Now WhatsApp has been a smash-hit messaging app, it must contain valuable information that we don’t want to lose. Fortunately, Google Drive has already announced a feature that lets Android users to backup WhatsApp chat history together with media on their Android mobile and tablets. It is also known as WhatsApp’s built-in backup feature.

And it is really easy to create a WhatsApp backup with this feature. You can backup your WhatsApp messages and media on Android by going to Setting > Chats> Chat backup, and hit the “BACK UP” button. 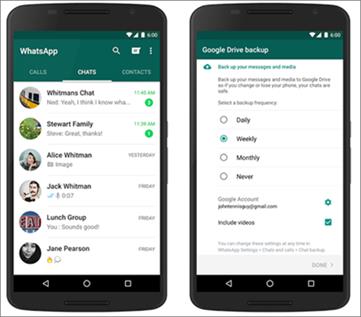 If you have created a WhatsApp backup on Google Drive, how to restore the WhatsApp backup from Google Drive to your new mobile phone, let’s say, a new Android or iPhone? Take it easy. In this post, we are going to show you how to accomplish it in details.

Once you have created a backup of your WhatsApp data with Google Drive, you can restore them to your new Android devices like Samsung Galaxy S8+, Galaxy J series, HTC U11, Sony Xperia XZs, LG G6, Huawei P10 Plus/Mate 9 Pro, Xiaomi Mi 6, One Plus 2, and etc. 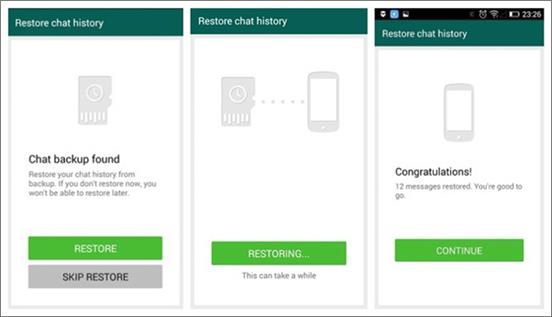 It is not so easy to transfer WhatsApp messages from Google Drive to your new iPhone. Generally speaking, there isn’t a way for you to directly do it so far. However, you can use other alternatives to transfer WhatsApp data between Android and iPhone 7(plus)/SE/6S(plus)/6(Plus), and one of the popular methods is the usage of Jihosoft WhatsMate.

It is a one-click WhatsApp Migrator, which makes it pretty convenient to transfer WhatsApp messages, contacts, call history, photos, videos and audios from Android to iPhone, or vice versa. 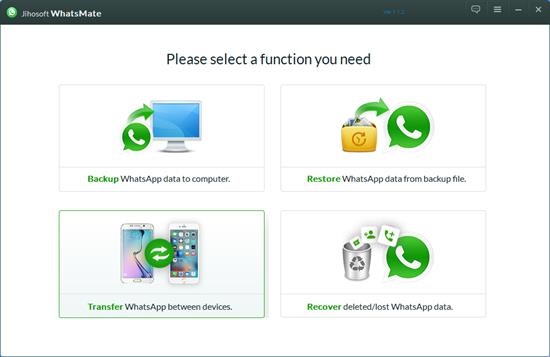 What Other Features of WhatsMate?