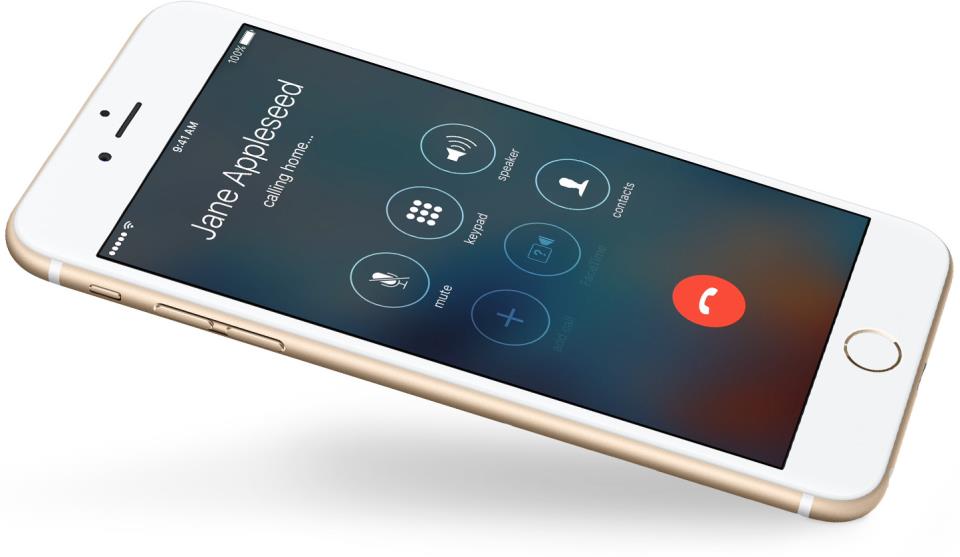 Apple’s gone to great lengths to guarantee the privacy of your phone calls. For instance, when you call someone or receive a call, audio from the call cannot be routed through AirPlay to a recording app, such as Vidyo. This is also why there’s a notable shortage of apps for recording phone calls in the App Store.

Jailbroken users have been able to easily record their phone calls for ages now, but what if you’re not jailbroken? As it turns out, there’s a nice workaround solution involving voicemail and the beauty of it is that there’s absolutely nothing Apple can do to stop you from employing this trick to record your phone calls like a pro.

In short, the trick involves using your carrier’s voicemail as an audio recording tool, then exporting the recorded voicemail conversation through Phone’s Voicemail tab. This works for standard cellular phone calls, Wi-Fi Calling and FaceTime calls.

Your carrier must support the iPhone’s Visual Voicemail feature and three-way calling and an iPhone must be connected to a cellular data network. It’s also advisable that you disable the Call Waiting feature under Settings → Phone → Call Waiting.

Other carrier or network-specific restrictions may apply, such as the size of the Visual Voicemail inbox, the maximum duration of a single voicemail message and so forth.

And last but not least, your iPhone should be running iOS 9.0 or later because prior iOS versions cannot export voice memo recordings as audio files, which might be of concern if you plan on sending voicemails from the Phone app to the Voice Mail app for editing.

How to record phone calls on iPhone

1) Call a person on your iPhone.

2) When the call is established, tap Add Call on the Phone app’s screen. 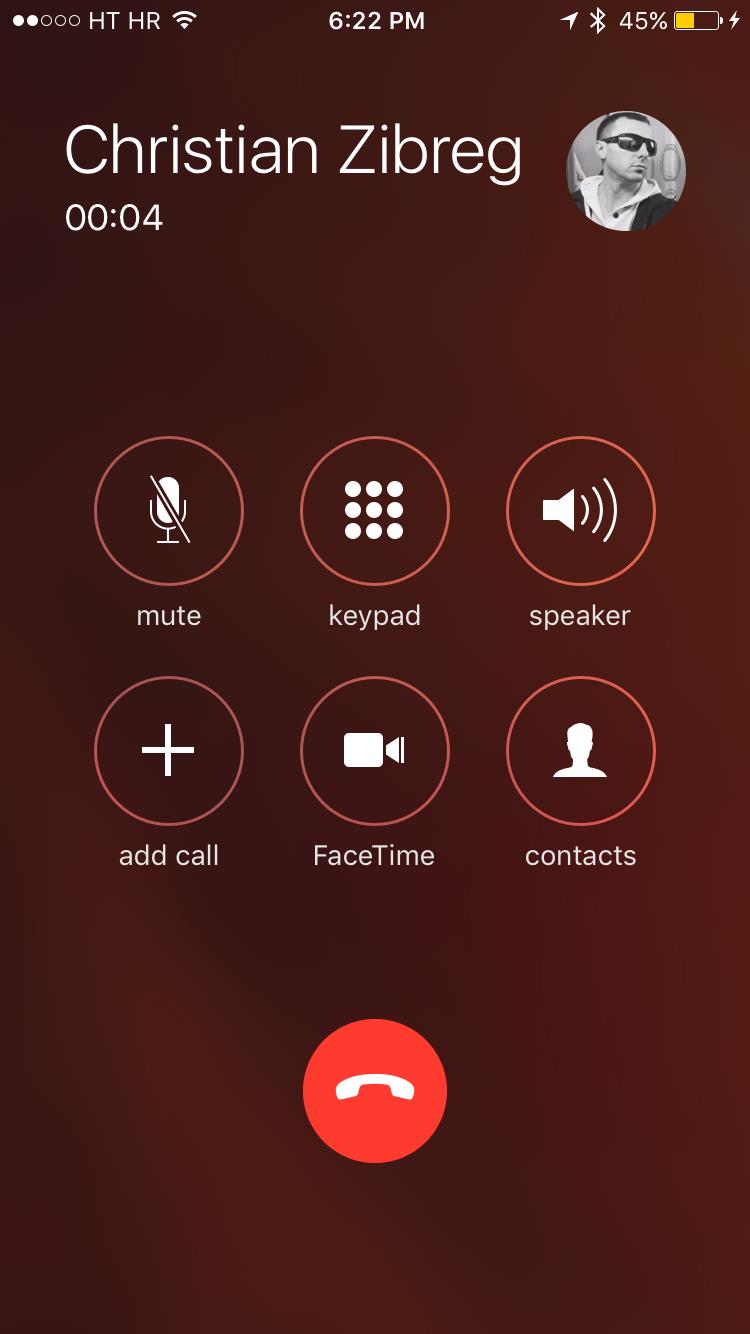 3) Now call the phone number you’re ringing the person from. Because you’re already on the call, ringing your own number will take you straight to your voicemail, which is precisely what we want.

4) After the greeting message has been played and Visual Voicemail has started recording the call, tap the Merge Calls button on the calling screen. 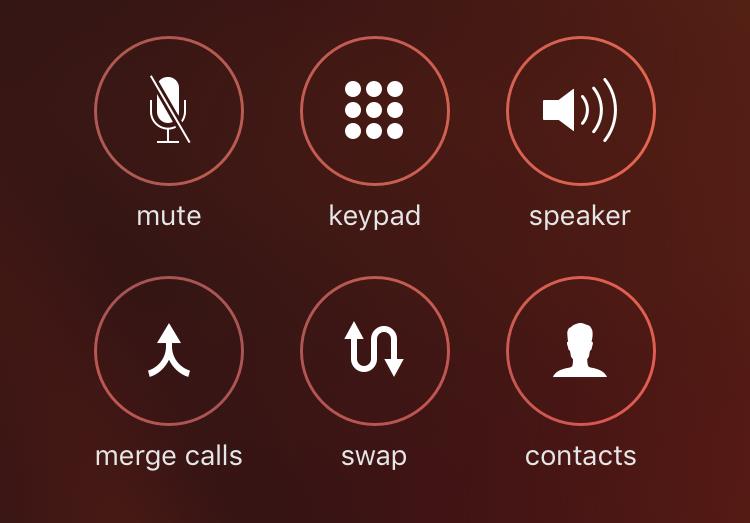 5) End the call and then tap the Voicemail tab within the Phone app and wait until your recorded conversation appears in the interface as a voicemail message.

Tip: Your iPhone must be connected to your carrier’s cellular data network for new voicemails to be downloaded to the device.

6) Tap the recorded conversation and then hit the Share button. 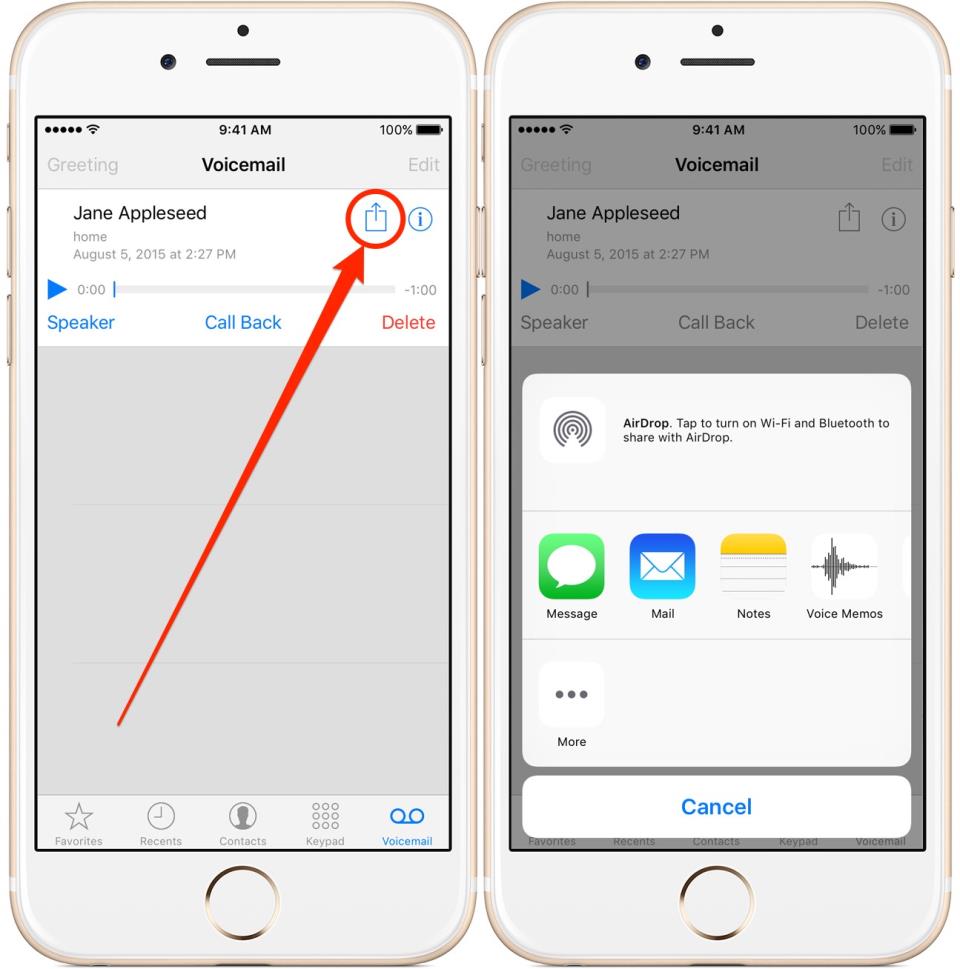 7) Choose if you’d like to wirelessly send the audio file to your Mac via AirDrop, attach it to an iMessage or email message, send it to Notes or shoot the file to one of your favorite apps in iOS’s multi-purpose Share menu, like Dropbox.

Tip: You can transfer the recorded conversation to Apple’s stock Voice Memos app for further editing. Regardless of the sharing method used, your phone call conversation is now available to you as an audio file to do with it what you please.

And that’s all there’s to it, boys and girls!

What do you think about this nifty little tip?

A few caveats worth mentioning…

First of all, this method will record high-definition phone calls (HD Voice) in normal audio quality. Additionally, your voicemails are delivered to the device as M4A files, so you may need to convert them to MP3s in iTunes for better compatibility with other apps.

RELATED: How to share voicemails as notes or voice memos

For those wondering, this trick is remarkably similar to a phone call-recording app called TapeACall, which costs $9.99 in the App Store.

Is recording phone calls without consent legal where you live?

You should keep in mind that recording phone calls is illegal in some states and countries without explicit consent of the other party. Just something to keep in mind if you ever decide to record your phone conversations because doing so might land you into legal trouble, or your recording could be denied as legal evidence in court.

To be on the safe side, you should always unambiguously disclose to the other party that you are recording the call. A simple “Hey, you’ll be recorded during this conversation” should suffice. If the other party stays on the phone after hearing your warning, that is considered consent.

Speaking of voicemail, do learn how to change or reset your voicemail password, share and forward voicemail messages and rescue voicemails you deleted.