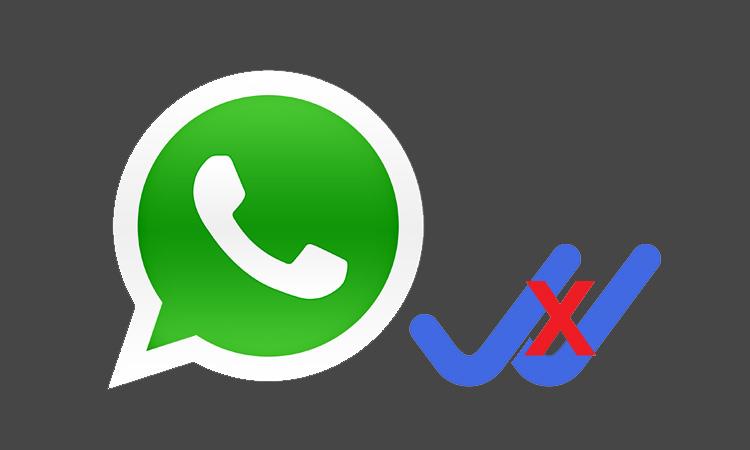 There are features of apps that need to be looked into and has to be modified. One such feature is the blue ticks aka read receipts that WhatsApp has introduced. This is used to signify that the recipient has read the message.

Here are some ways by which you can read the messages someone sent you on Whatsapp without showing him or her the read receipts aka blue ticks.

If it is available, you can download and install an older version of WhatsApp. Just delete the app data from your phone before doing this. You cannot use a very old version at this time, but an adjacent previous version will work for sure.

You can see a preview of WhatsApp messages in the notification center. In most cases, the preview is actually the full message assuming the message you received is a short one. Now, if you don’t want your friend to see the blue ticks on the message he/she sent you, just make sure you don’t tap on the message previews in the notification center. If you do this right, you could avoid the blue ticks’ nightmare in WhatsApp. Similarly, you can also preview messages in the lock screen.

3) Make Use of the WhatsApp widget

Of course, this one has gone too far but if you desperately need to read a message without letting the sender know about it, just turn on the airplane mode as soon as you receive a notification for the message. Once airplane mode is active, you can open WhatsApp and read the message. This method will prevent WhatsApp from showing blue ticks until you switch airplane mode off.

Before this feature was introduced, everyone used to think that double gray tick meant recipient has read the message but now we know it was not. The presence of single and double gray ticks along with blue ones made the three stages of message delivery clear.

For different users this feature has a different meaning altogether. Some have responded to it as a useful feature since they can know whether their messages have been read or not, while for many it is a privacy related concern. Once the ticks have turned blue, you can be assured of the fact that the person has seen your message. When a person does not reply even after reading the message, it can be very annoying to some people.

People think double blue ticks is an intrusion into their privacy because of this particular reason. Sometimes people are just too busy to reply immediately or do not want to engage in a conversation at that moment and make excuses that they haven’t seen the message, but this feature has caught those individuals in the noose and that’s why deemed as a direct infiltration of privacy. Now they can get away with such kind of situations by using the tips we have shared above.

Many have changed their last seen settings because of the privacy concern, but this blue ticks actually works on the principle of “what is seen cannot be unseen”. It seems that this time around Jan Koum (co-founder of WhatsApp) and his WhatsApp have to do something for these ticks before the time of WhatsApp ticks off. There are some great memes floating on the cyber space based on this new feature.