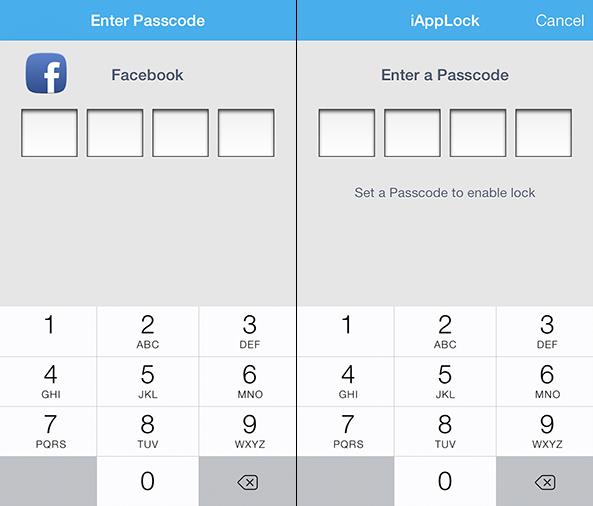 While setting a passcode on your iPhone, iPad or iPod touch can go a long way towards improving the security of your device, it is meaningless in situations where it is already unlocked and an invasive family member decides to read through your Messages history or tamper with your ongoing Candy Crush Saga game.

Fortunately, a myriad of jailbreak tweaks have been released over the years that password protect apps on iOS devices. iAppLock stands as one of the first candidates to be updated with support for iOS 7 or later, and it has some useful features. Read ahead for a complete rundown…

While most tweaks are configured through a menu in the Settings app, iAppLock is a standalone application with an icon on the Home screen. I’m not a big fan of having jailbreak-related icons in plain sight on my iPhone, so I immediately put it in a folder. The app itself has a simplistic user interface that matches iOS 7 design, and presents you with three different tabs: protect, setting, and more. 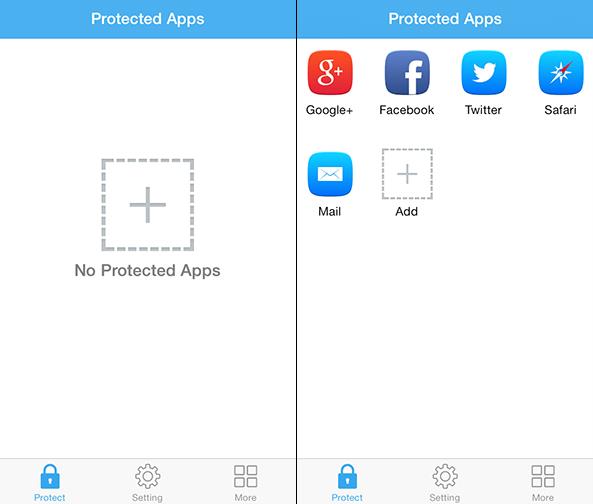 The protect tab has a plus sign that you can tap to select native or third-party apps to password protect, although there is a five app limit that will require purchasing the upcoming professional version to override. I chose to password protect Mail, Facebook, Twitter, Google+ and Safari because of their social implications, although you can place a password on whichever apps you desire. 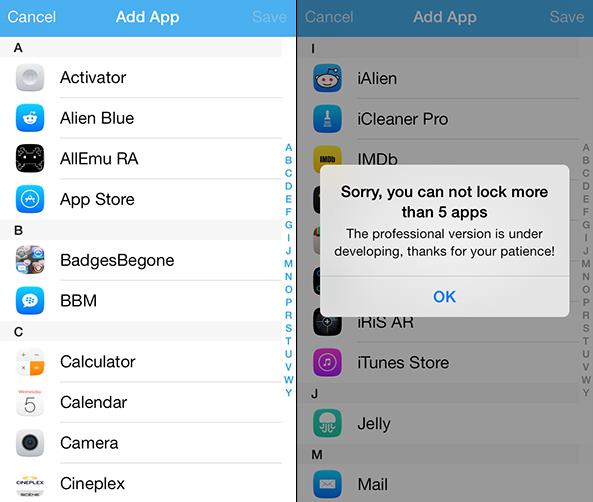 When you or someone else attempts to open a protected app, a password prompt pops up and prevents access until the correct passcode is entered. iAppLock also has a passcode of its own, so that people can’t go into the tweak and disable it. Alphanumeric passcodes are not supported, but hopefully a future update will alleviate that. The developers should also consider adding passcode support for folders. 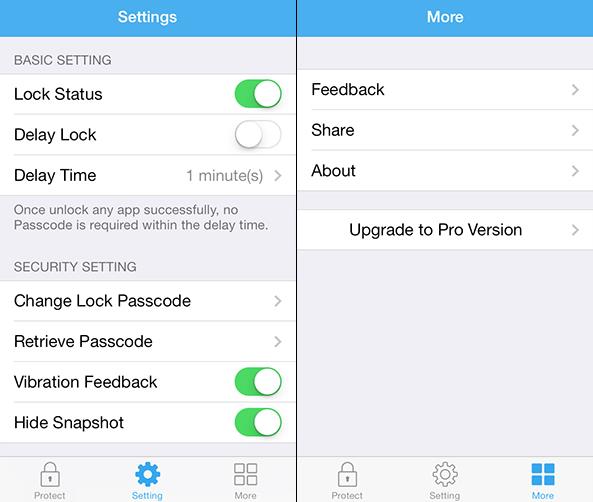 The settings tab has a number of options to configure, including a delayed lock setting where no passcode is required for a short amount of time after successfully opening one protected app. For instance, if you type in your passcode to open Facebook, all other protected apps will be accessible for the length of delay you select.

The delayed lock lengths offered include 1 minute, 5 minutes, 10 minutes, 20 minutes and 30 minutes. Additionally, there are menu items for changing your passcode or retrieving it through an authenticated email if you ever forget.

Last, the more tab offers the ability to send feedback to the developers — The ThinkYeah Studio — or share the tweak. It also has a defunct link to upgrade to the unreleased pro version of iAppLock, which remains a work in progress. The regular iAppLock is available now on Cydia for free in the BigBoss repository.