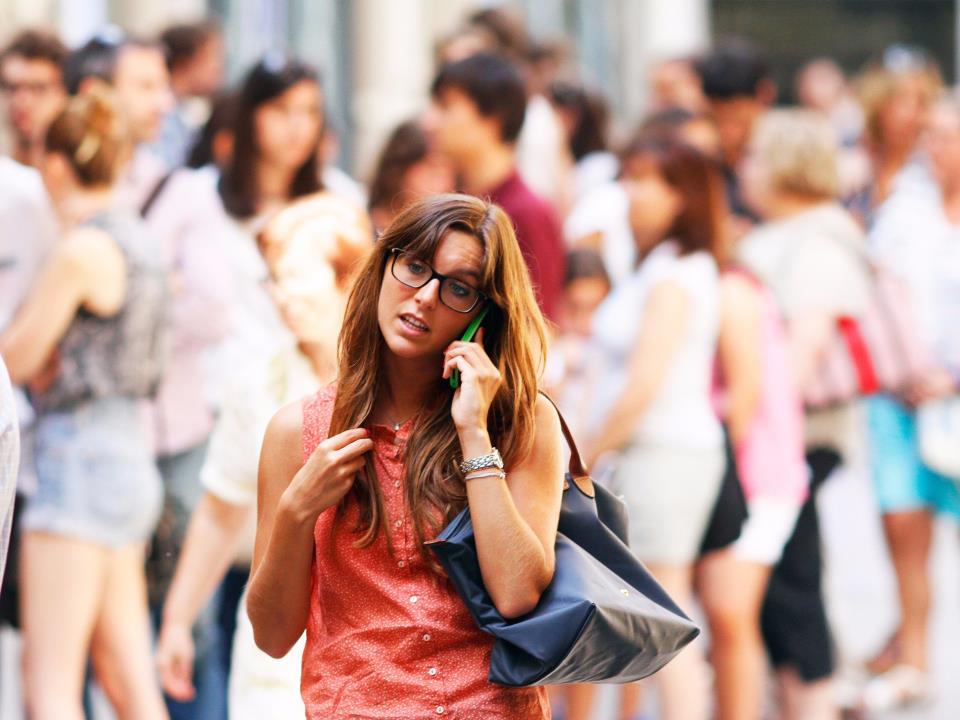 Use apps instead of phone numbers to make free international calls. Heino Kalis/Reuters

Making international phone calls from your smartphone doesn’t have to be expensive.

In fact, it can be free.

That’s because there are many apps that allow you to make calls at no cost. These aren’t traditional “phone calls” per se — you don’t have to dial a series of numbers or worry about making sure you have the right country code to reach the person you want to talk to. But the end result is the same: You use your phone to speak to someone, whether they are next door or around the world.

Instead of using traditional phone networks to connect, the apps rely on the internet to transmit your voice.

This means that you can make calls just by being connected to a Wi-Fi network, so if you’re traveling abroad and don’t want to worry about racking up expensive roaming charges, or don’t want to buy a local SIM card (which is actually really easy and you should definitely consider), you can make phone calls by simply connecting to the Wi-Fi network at a hotel or cafe.

One of the best apps to use to make calls is FaceTime. Most people know FaceTime as Apple’s video-calling service, but it also has a voice-only function. Because it’s an Apple product, FaceTime only works between two people who have iPhones or other Apple devices. So if you have an iPhone and the person you want to talk to also has an iPhone, I definitely recommend using FaceTime.

Make sure that both you and the person you want to call have FaceTime turned on. To check, go to your iPhone Settings and click FaceTime. (Check out this guide from Apple for more details.)

To call someone using FaceTime, just go to his or her contact on your iPhone, and tap the phone icon next to FaceTime instead of clicking the phone number. 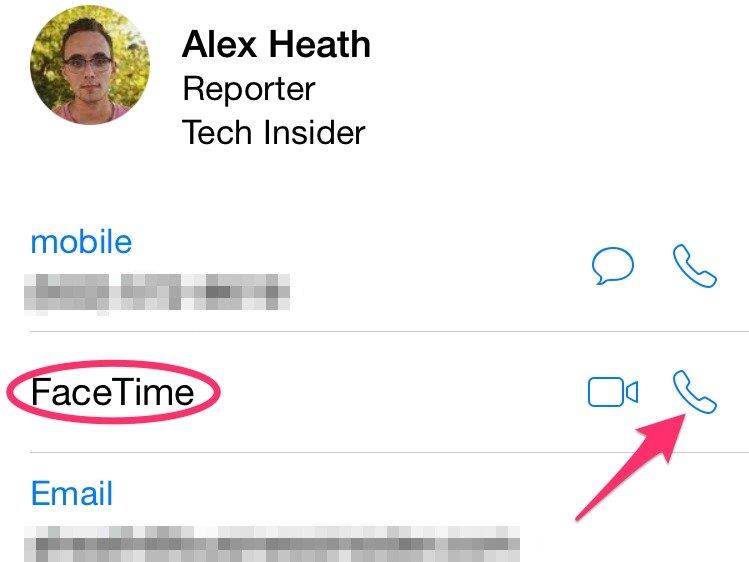 It’s as simple as that. Because it uses the internet instead of traditional phone lines, the quality of the call can sound even better than a phone call.

Earlier this summer I was on vacation in Europe, and I used FaceTime to call people in the US. There was no delay, whether I was on a Wi-Fi network or using a cellular connection, even though in some cases I was over 6,000 miles away from the person I was talking to. 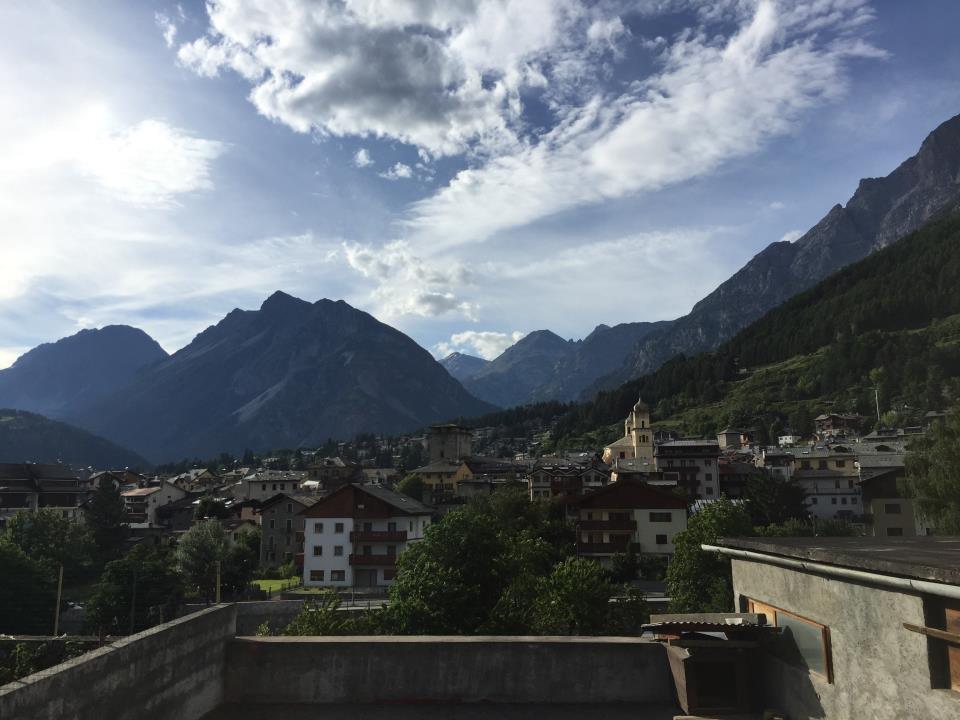 I used FaceTime to call my girlfriend in New York as I walked around the alpine village of Bormio in Northern Italy. Tim Stenovec/Tech Insider

Another app you can use to make free calls is Messenger, Facebook’s messaging app. What’s great about Messenger is that hundreds of millions of people have it, and unlike FaceTime, it works across multiple devices, so people with iPhones can call people with Android phones.

To make a call in Messenger, just open Messenger and tap the phone icon in the top right corner. The other person’s phone will ring, and you’ll be able to talk to him or her. 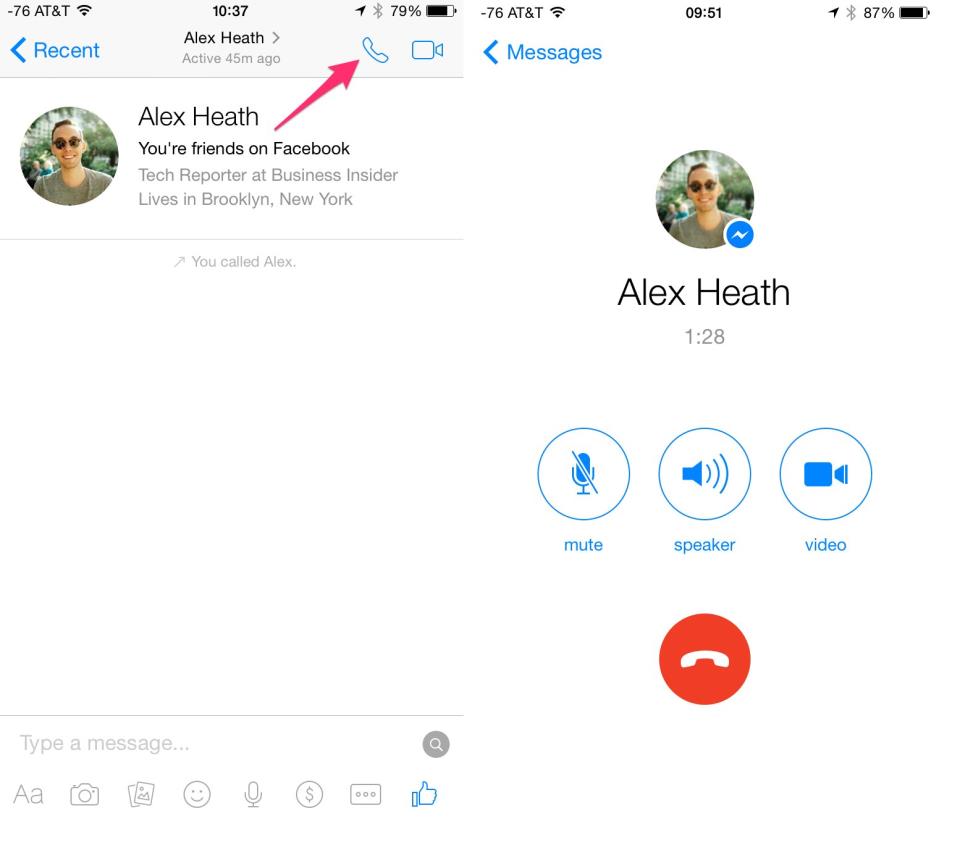 Again, make sure the person you’re calling has the app.

You can also use WhatsApp, the hugely popular messaging app owned by Facebook, to make voice calls. Like the other apps, just tap the phone icon in the top right corner on the contact page of the person you want to call. 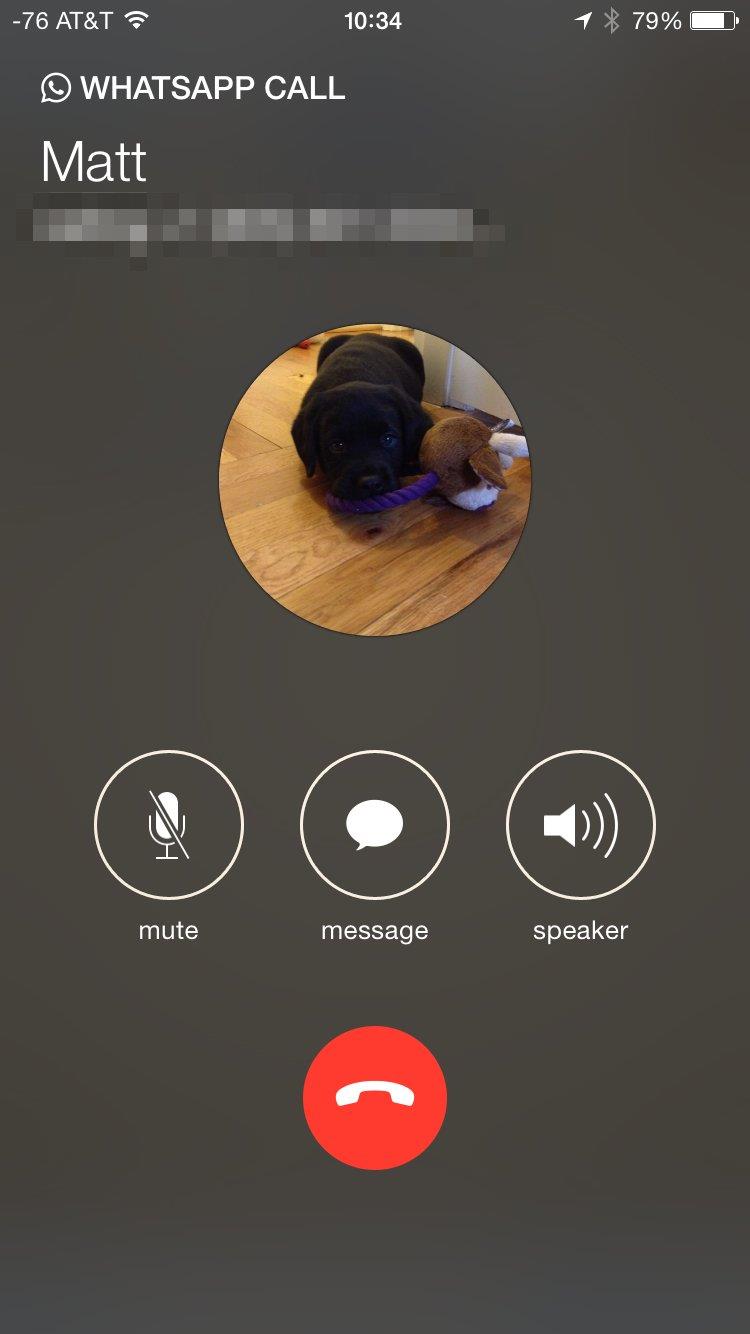 You can also use WhatsApp to make voice calls. Screenshot

There are many apps you can use, but FaceTime, Messenger, and WhatsApp are among the most common and are all very easy to use.

If you want to make actual phone calls to landlines, you can use apps like Google Hangouts or Skype. This can be useful if you’re traveling and need to make a restaurant reservation or call a hotel. It’s not free, but it can be much cheaper than using your phone’s actual calling plan.

One important thing to keep in mind about using these services instead of dialing phone numbers to call people is that the other person has to have the app in order for it to work. So be sure to plan ahead if you’re traveling and make sure people you want to be in touch with have the right apps.