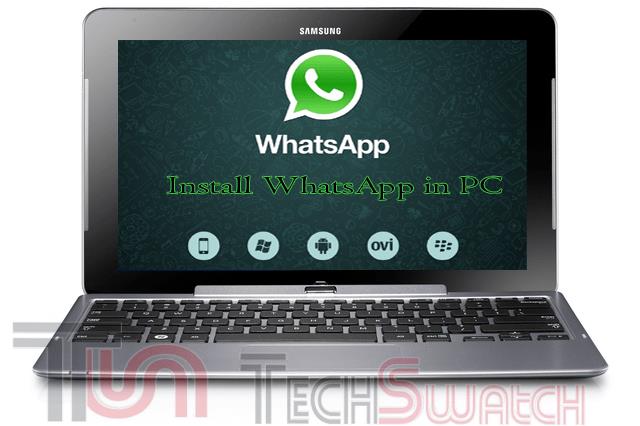 WhatsApp is one of the most popular cross-platform instant messaging app. The WhatsApp had over 800 Million user base and got recently acquired by the social media giant Facebook. It allows you to send instant messages over the internet instantly without any extra data charges.

The app has been popular for its simple to use user interface while not being filled with useless features. WhatsApp is available on almost all the mobile platform including Android, Windows Phone, BlackBerry, Nokia S40 series, iOS and the Symbian to name a few.

Update: WhatsApp has released an official Messenger for PC. Learn how to use whatsApp without an emulator.

If you receive a WhatsApp message on your phone, the message will also be displayed on your PC. This comes in handy for the people who don’t want to use their phone to check the WhatsApp message all the time.

You can view the message on your PC screen and reply to the same from PC.

The only requirement here is that you need to have your smartphone connected to the internet as well as your PC. Without the internet connection, WhatsApp web can’t sync messages from your phone. Here is how to use WhatsApp web on PC.

Go to https://web.whatsapp.com/ from your PC.  Check the box “keep me signed in.”

Open WhatsApp on your phone. Tap on three dots  (right side) if you are on Windows Phone. Tap the recent key if you are on Android. If you have any other phone, refer the image below.

Select WhatsApp web from the option.

You will see a Scan code screen. Tap on OK got it button.

Now scan the QR code from WhatsApp web screen on your PC. (don’t scan the image below).

Once the phone successfully scans the QR code, you will see your contacts and incoming messages displayed on your PC screen.

Note that; here you can only view the incoming and outgoing messages after scanning the QR code. So, there is no option to have a look at the previous messages. Continue Reading…