It came as the biggest surprise when I had the Nokia X in my hand (Read Review) with no option to install WhatsApp right away. It was neither pre-installed nor the default Nokia Store has the WhatsApp for Nokia X right-now.

The next obvious step was take a look into one of the third-party stores Nokia X supports. The idea came from the store search itself when it was pointing to 1MobileStore, a popular Android store, which has the official WhatsApp for android devices.  Below is a video explaining how I installed it.

I have used this all day long and without any issue. You will be able to share photos, videos, location, audio messages and so on. The only thing that concerns me here is about future update. I will post on this when I get the next update. 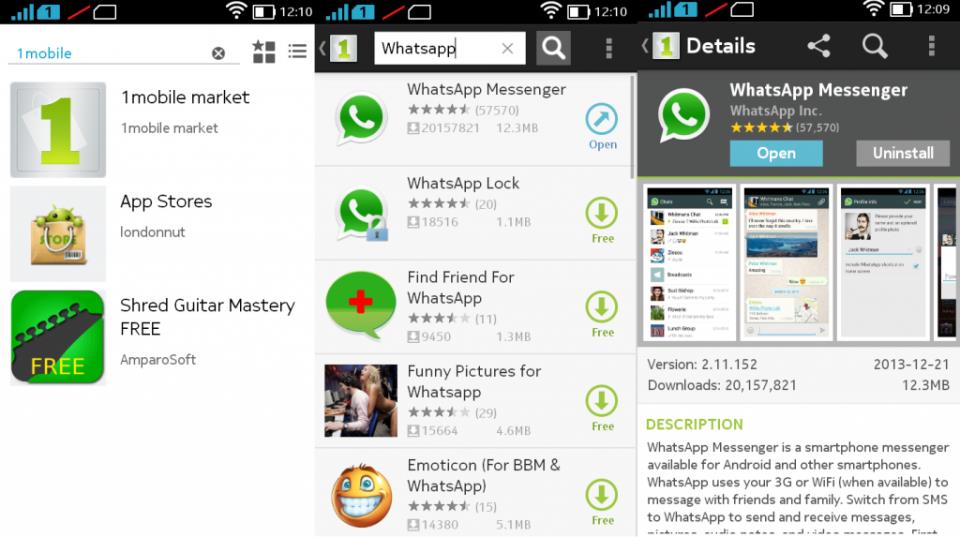