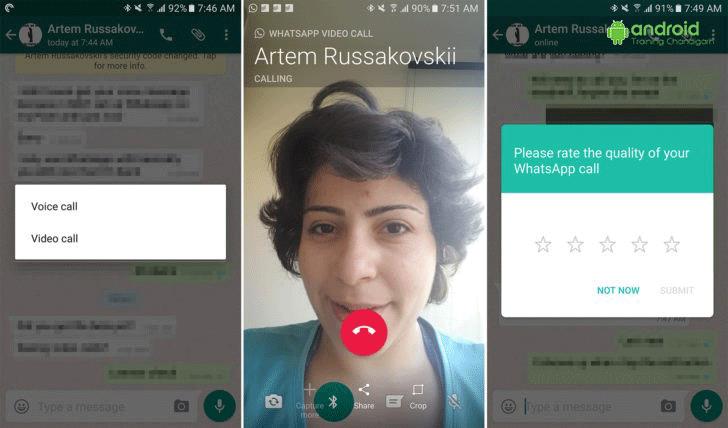 It was around May of this year when rumors about the video call feature in WhatsApp surfaced. Beta testers that time reported that the update feature included a call button that gives a prompt to choose between a video and audio call.

Before, there were only a few options to make free audio calls and send messages as well. But with this update on WhatsApp, video calling feature was added and it’s free. The combination of messaging and video calling capabilities gives WhatsApp leverage over other messenger and video calling apps.

Google Duo, for instance, is a single-purpose app that allows video calls. While this is a good feature in itself, the user needs to have another mobile app to be able to share videos, send messages and save images. With this WhatsApp update, you get to be treated to all these features.

For you to enjoy all these cool features of WhatsApp, it is important to have the latest version of the app. It is also important to note is to install an APK beta version since this update is not yet available via the Google Play Store.

Also, do not forget to recommend to your friends who use the app to update their versions so they will be able to receive video calls.

As we are discussing whatsapp video calling just now it’s released beta version for android. Latest WhatsApp(20.16.80) Apk released with whatsapp video call option. And it’s not public roll out so we may not get all full features now. In this version just hit on callicon on chats menu then it gives you two options like ” Voice Call” & “Video Call”.

Straight away we can’t make calls because it’s not yet activated. But two option are provided and facebook working on these to add more fantastic features. Video Call option now not available in calls menu but it’s available in chats menu because now lot of beta versions going on.

Get WhatsApp 2.16.80. Apk and check these releasing beta versions. Hopefully in next few days we will definitely get this fully activated whatsapp video calling. Till now keep updating with us.

How to make a video call

Within the chat page, choose the call button and you will find two options: video call and voice call. Select Video Call and the camera of your phone will activate right away if the person you are calling also has the updated version.

If the person you are calling does not have an update WhatsApp version, an error message will appear.

Meanwhile, there are also other features that came with updates for WhatsApp. One is the addition of new emojis as well as bug fixes. Read more about these features here.

If, until now, you were worried that your messages can be intercepted and your privacy is violated, then you will no longer need to think about that. WhatsApp has added end-to-end encryption and this technology will make sure that your messages will be secure. Download now the latest WhatsApp 2.16.15 beta and

After you’ll download and install WhatsApp 2.16.15 Beta (27.6 MB in size) on your Android smartphone, you will notice a little yellow pop-up saying that “Messages you send to this chat and calls are now secured with end-to-end encryption”. This technology will make sure that only the sender and the recipient will have access to what’s inside the message because it eliminate your fear that your chats and calls can be intercepted.will be encrypted and a specific key will be required to unscramble it. As long as the recipient will know this key, will be able to access the message and read it.

On WhatsApp’s official blog, Jan and Brian have said that “Encryption is one of the most important tools governments, companies, and individuals have to promote safety and security in the new digital age. Recently there has been a lot of discussion about encrypted services and the work of law enforcement. While we recognize the important work of law enforcement in keeping people safe, efforts to weaken encryption risk exposing people’s information to abuse from cybercriminals, hackers, and rogue states.”

WhatsApp has been using a form of end-to-end encryption for messages since the end of 2014, but now this feature has been extended for voice calls, pictures, videos and other supported files. We remind you that at the beginning of March was added support for document sharing, but only for PDFs and when the file was being shared, it was displayed a file preview of it with the number of pages, file size and type.

To Activate in Your Mobile :