If you are reading this, you’ve probably had your Samsung Galaxy S II (or other Samsung device) display the apparently fairly common “Camera Failed” message.  Over the past month I too have had this annoyance pop up on my Samsung Galaxy S II Skyrocket several times.  Googling the problem yields suggestions ranging from uninstalling flashlight apps to returning phones.  While certainly there must be people who are in fact having hardware problems with the camera, I think most of us are having a software issue.  This issue totally feels like some system resources not properly releasing the camera, keeping it locked and preventing the camera app and other apps from accessing the camera hardware.

After a bunch of trial and error, I think I have figured out a consistent way to quickly and easily fix this problem when it does occur, releasing the camera hardware for use by any app. 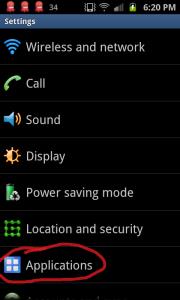 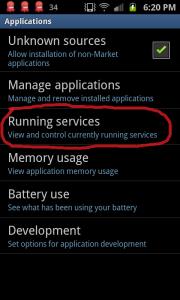 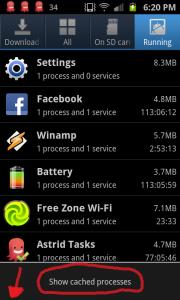 Scrolling through the list of cached processes look for the Camera app and select it. 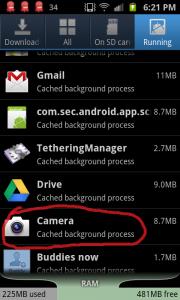 When you select the Camera process you will have the option to Stop it.  Choosing Stop should successfully release the camera hardware. 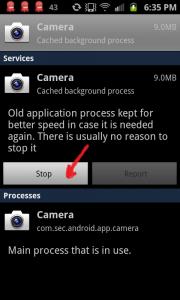 After stopping the cached camera process, return to your home screen and try relaunching the camera app or whatever other app you were trying to run when you ran into the “Camera Failed” error message.  It should now successfully start with access to the camera.