Emoji emoticons can, so long as they’re not used to excess, be an enhancing feature of a text-based conversation, and although Android’s open-source nature means it’s rather easy to add third-party emoji packs at the drop of a hat, things aren’t so straightforward on iOS. Luckily, as with previous iterations, there’s a hidden emoji feature within iOS 7, and while most obscured treasures tend to require a jailbreak before they can be used by the masses, this one takes seconds to uncover on a stock device.

Apple’s Messages app has been greatly improved with the past couple of iOS revisions, notably with iOS 5’s iMessage feature. Offering relatively secure, mostly stable instant messaging between iOS devices has been great for iPhone, iPad and iPod touch users as well as the platform in general, and with a new look thanks to the iOS 7 overhaul, it’s perhaps as complete as it has ever been. 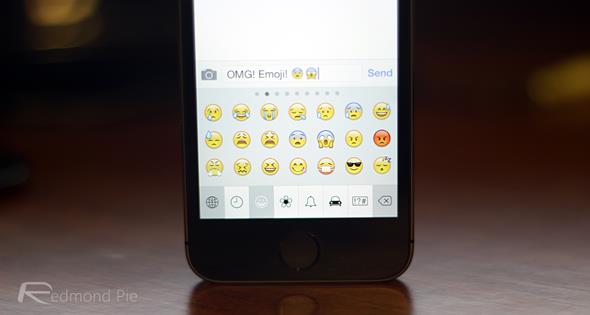 If you find yourself conversing all of the time, the chances are you like to include the odd smiley or emoticon here and there, and luckily, there’s an in-built keyboard full of those familiar icons. You have to do a little bit of digging since, for some reason, it’s not accessible by default, but if you have a spare few seconds, it’s quite easy to get it up and running.

Below, we’ve outlined the five steps to Emoji heaven.

Step 1: Locate the Settings app on your home screen, tap on it, and browse to General.

Step 2: Scroll down until you see Keyboard; tap on it.

Step 5: Finally, scroll down until you see and can select Emoji.

And there you have it. From now on, you’ll be able to apply some of the scores of emoticons loaded into the secret vault of iOS. Simply tap the new ‘globe’ icon at the bottom left hand side of the keyboard and you’ll be presented with a  vast array of emoji icons which you can use throughout iOS.

If and when a jailbreak becomes available for iOS 7, we’ll be able to add all kinds of extra emoticons through specialized keyboards available in the Cydia Store. Still, for the time being, this will more than do, so enjoy the ‘new’ emoticons you now have at your disposal.