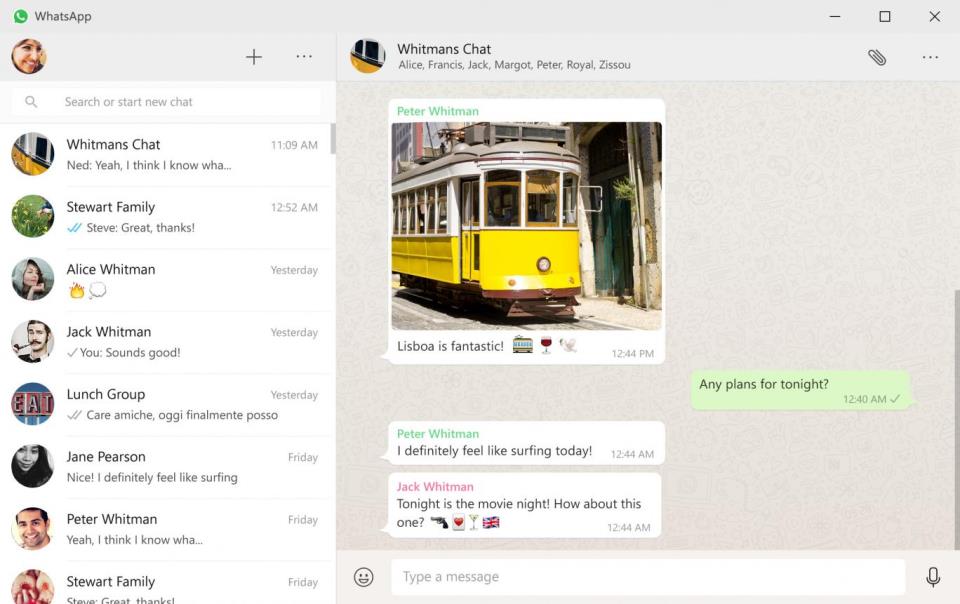 WhatsApp is finally trying to catch up with its rivals like Viber, Telegram, and Line that have offered native desktop apps for quite a while now. The Facebook-owned messaging service has released its native apps for Windows and Mac. Until now, users had to rely on third-party apps and WhatsApp Web to access the service on their PCs and MacBooks. The company said in a blog post that it introduced native apps to let users “stay in touch anytime or anywhere – whether on your phone or computer.”

It’s easy to install and run WhatsApp on desktop

The apps require Windows 8 and later or Mac OS X 10.9 and later to run. The desktop apps don’t work on their own, and are synced with your phone. WhatsApp desktop apps currently don’t support voice calls, though you can send voice messages, attach files and update your status without switching between your phone and computer.

To set up WhatsApp for your Windows or Mac, head over to the official WhatsApp website and download the app from here. Once the app is downloaded and installed, launch the app on your computer and wait for it to serve a QR scan code. Now pull out your smartphone, open WhatsApp, go to the Settings tab and select WhatsApp Web. Scan the QR code on the desktop screen. That’s it.

Now the desktop app will start syncing everything from your phone to display all the conversations. Since the app runs natively on desktop, it offers support for native desktop notifications, and better keyboard shortcuts. The desktop client has its own settings for archiving, deleting chats, or starting a new conversation. If you like, you can log out of the desktop app anytime.

Since the desktop app is simply mirroring content from your phone, make sure that your handset has steady Internet connection for continued chatting. The messaging service is believed to keep it that way because it helps in user security. It means all the conversations happen on one specific device. That makes it easier to figure out if someone’s account has been compromised.