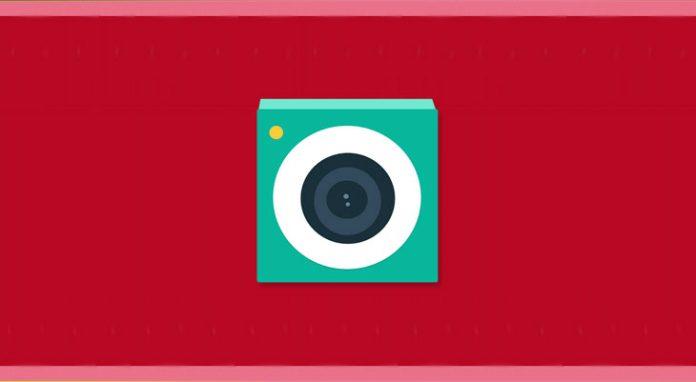 We all have notification sounds on our phones or tablet devices irrespective of what brand or platform or price range they belongs to. Such sounds are always for good because they tell us when we have a caller, SMS, email or some other notification. The ringing of a tone while we tap an icon or press a button or type with the keyboard indicates the successful realization of the touch input. We capture a picture with our device camera and a default shutter style sound is there to tell us that the image has been taken.

All android devices have configuration files on system root that determine whether the camera shutter would ring or not. And if you have root access on your device, you can easily mute the camera using a mod, an app or manually modifying those files using a root explorer. It is worth noting that the availability of the option for disabling camera sound on Android devices depends on the norms of the country/region where a device is sold.

What would you do if you do not have a rooted Android device and you still wish to silent your phone’s camera without putting your device into silent mode? There are times when get a sudden opportunity to capture a shot and we might not get time or remember to turn the phone into silent mode. We might miss that opportunity for once and forever if it also demands secrecy or stealth.

Usually, the solution to such issues on Android devices demands root permission but thanks to the efforts of XDA member providence that we now have a very easy workaround to silent the shutter sound in the camera app. His handy app called Camera Mute was originally made to mute the irritating camera sound on Galaxy Note 3 but it also happens to work not only on the stock camera app on most Samsung Galaxy devices but on those of some other devices from other OEMs too. Below is a list of models Camera Mute has been tested and found working on:

I tested it myself on Galaxy Note 3, Galaxy S4, HTC One and Xperia Z1. While it worked well on Samsung devices, it made no change on the other 2 phones. The good thing, however, is that most Sony and HTC devices have the option to turn off camera sound Off in camera settings.

The reason why Camera Mute does not require root access is very easy to understand. Just as you launch the stock camera app on your device, it temporarily enables silent mode. Using Camera Mute is as easy as installing it. Just download the app from the link below, copy the Apk to your device and then install it. Open the app drawer, launch Camera Mute and just enable it. 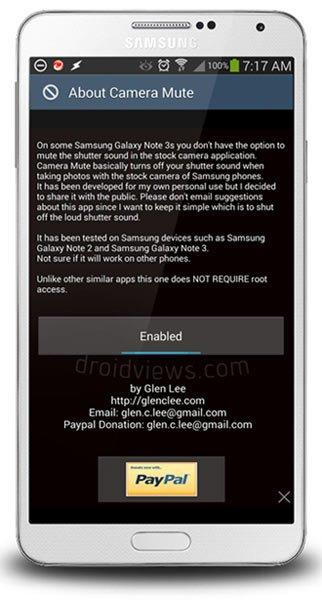 If you got root privilege on your Android phone or tablet, you can get rid of the camera sound in more than one ways. Besides, using the methods discussed above, you can do the following things: