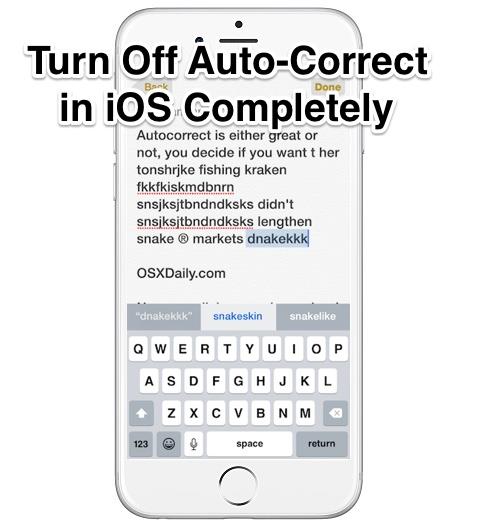 If you’re fed up with auto-correct on the iPhone erroneously changing words to things you did not intend to type, you can opt to disable the auto-correction feature completely in iOS. Doing away with this feature is not recommended for most users, but choosing to turn off autocorrect can be a reasonable solution for some unique situations where the typo prevention feature is persistently a nuisance or just outright wrong.

We’re going to walk through the process of disabling the typing and word auto-correction ability in iOS, this is demonstrated with an iPhone but it’s the same on an iPad or another iOS device too. The toggle exists in all even somewhat modern versions of iOS so you shouldn’t have trouble finding it regardless of how new or old your hardware is. And yes, like all settings, it can be quickly reversed if you decide you’d rather have the default setting and typo error correction returned to your mobile typing again.

Turning Off Auto-Correction in iOS 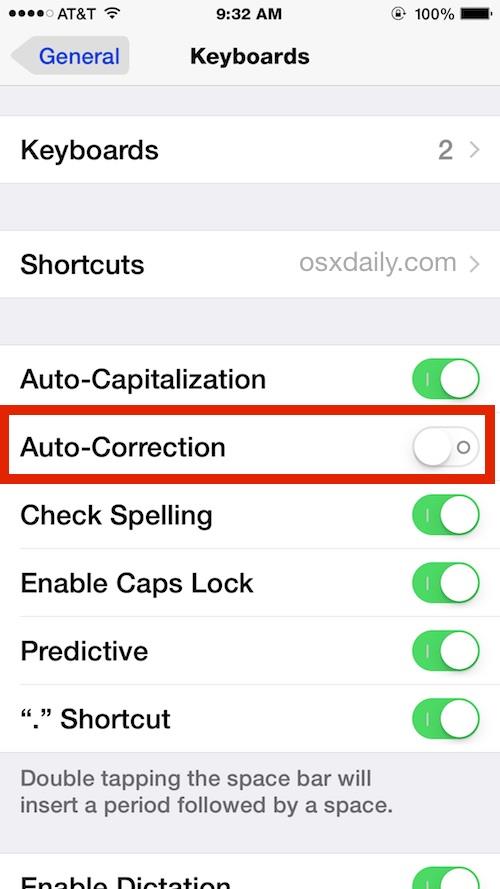 Note that you can disable auto-correct while simultaneously leaving on spell checking, and while leaving the handy Quick Type keyboard intact in iOS, which can be a happy medium solution for many users who hate auto-correct but want to be notified of typos and have faster typing options available.

Now with auto-correct disabled on iPhone, iPad, and iPod touch, you’ll no longer have the ridiculously bad auto-corrections going on in iOS:

Ditching autocorrect can be completed in under 15 seconds, as demonstrated in this quick little video:

While you’re modifying the keyboard settings, you might also want to silence those key click sounds too, which seem to bother the same people who are bothered by the automated typographical correction ability too.

By the way, if you’re just bothered by how auto-correction handles some words or typos, sometimes just resetting the autocorrect dictionary or training autocorrect how to handle specific words is sufficient to stop any annoyances with the feature.

Nevermind, I Want to Enable Typing Auto-Correction On iOS

Of course users can always opt to return the Autocorrection function back to their iPhone and iPad if they should wish to have the feature enabled again:

Just switching the toggle back ON is sufficient and the change takes effect immediately, you’ll be back to autocorrecting your iOS typing for better or worse in no time.