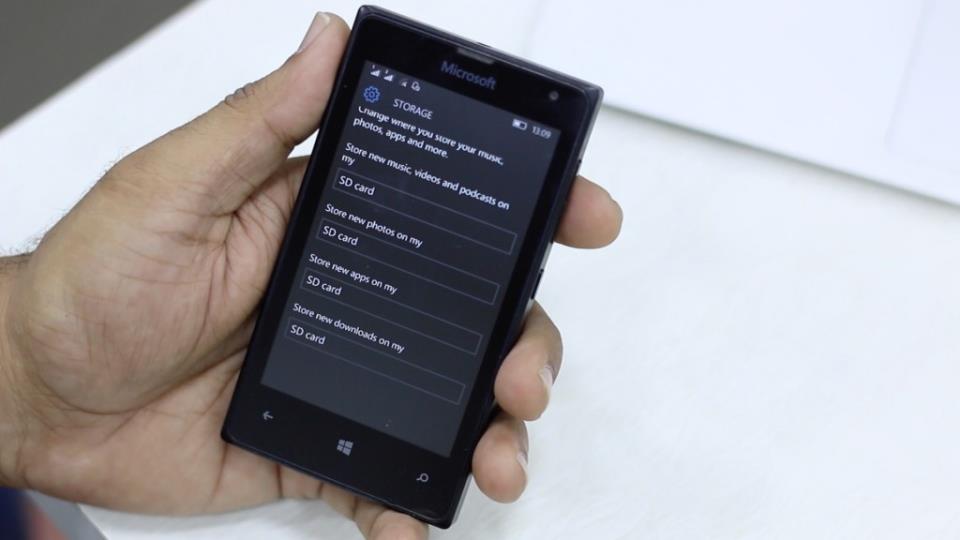 Similar to its predecessor, Windows 10 Mobile lets you install apps on micros Card which you set as default location or you can move it to microSD card later. This is an important feature as the games and apps size are increasing, and most of the low-end Windows 10 Mobile devices will have  only 3.5 to 4GB of free space of 8 GB of internal storage.

What class of microSD Card you should use?

Any class 10 card with great read and write speed will do that job. It can be from any of the vendors, but make sure its high-speed. This will make sure  two things. One, when the apps are installed or moved they are don’t quickly. Second, when you use heavy apps and games, it makes sure you get the expected performance.

When you setup a new Windows 10 Mobile devices with SD card, the OS detects it and asks if you would like to make SD card as default location for  apps, pictures, downloads, music and video. If you say yes, the default will be set right then. If you skipped this option because you were not sure what it means, follow the steps below:

Next time  you install a new app, it will be installed directly to SD card. Good part is that app updates don’t need you to have free space on free storage. If you have enough space on your SD card, it will update them accordingly.

So how do you move existing apps or apps which are on Phone store to SD card?  In the storage app, where you saw the listings for Phone and SD, tap on Phone. This will give you more details on what is occupying your space. Select Apps and games from here. 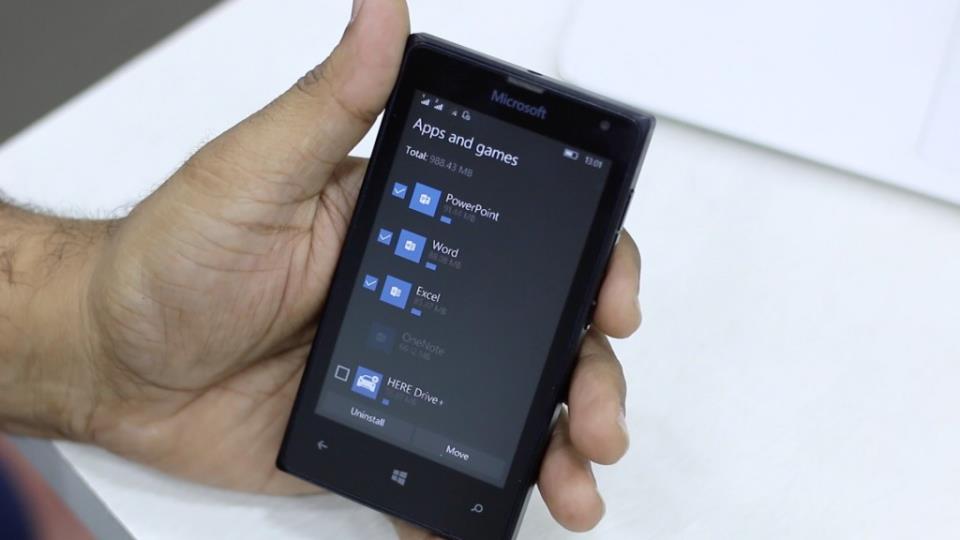 This process takes a bit of time, & depends on speed your microSD card. Be patient, and soon you will see the apps moving.  If you are still wondering why some apps are grayed out, then is purely a developer choice. If the developer feel that performance will be a problem on SD card, he can restrict. WhatsApp is a classic example of this.

If you think your card is not working well, and is responding slow, Windows 10 Mobile comes with two options that you should use.