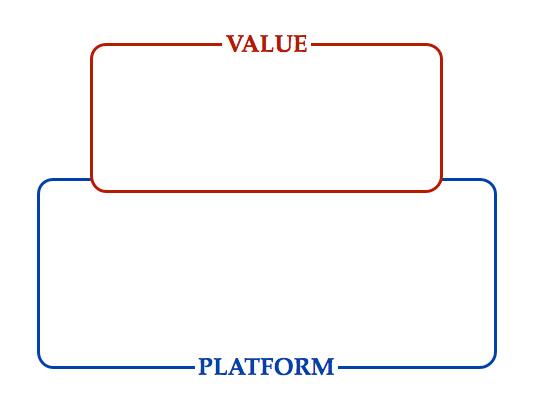 This is post #5 in the ongoing series on Platform Design and is probably the most foundational post for all the work on this blog.

Airbnb: Rent out your spare mattress

Uber: Just another taxi company to many

Over the last week, I’ve been hearing people in the startup world repeatedly scratching their heads on how a simple app like WhatsApp got bought for $19B. There is a lot of speculation in non-tech circles on why a software that does nothing but let you type 140 characters is valued at multiples of billions. What’s the big deal about Uber when it seems like just another taxi company?

The fact is that when it comes to platforms, the technology often isn’t the reason people use it at all. I don’t intend to discuss the above valuations and their legitimacy in this post. Instead, I’d like to talk about the real value that is created on platforms.

Most platforms look like stupid ideas when they have no users.

When startups complain that simple apps like WhatsApp get bought, they completely miss the point. In fact, even valuation experts miss the point when they start valuing companies based on their user base and the rate of user growth. None of these things matter.

What really matters – the one metric that platforms should really be judged on- is the rate at which value is created on the platform. Airbnb is valuable when it powers a liquid marketplace, with millions of transactions. Twitter is valuable when tweets are created, retweeted and responded to.

The value of a platform is created by the interactions on top of the platform.

But what does value really mean? And if it’s not about the technology, what is the platform’s role in enabling this value creation?

Over the last few days, I’ve tried on various occasions to explain WhatsApp, Twitter, Instagram, Uber and Airbnb to skeptics, most of whom aren’t directly involved with tech, and in the process have ended up using multiple metaphors to explain how value is created on platforms.

From Lego to Soccer and everything in between. If nothing else, the one point that we need to embrace as platform builders is this:

We’re not in the business of building software!

We’re in the business of enabling interactions!

At The Lego Movie a few days back, my mind again wandered to platforms, as is its wont. Typically, while building entire towns and physical spaces out of LEGO, one tends to create a base first and then build out other elements (buildings, trees, etc.) and attach them to this base. 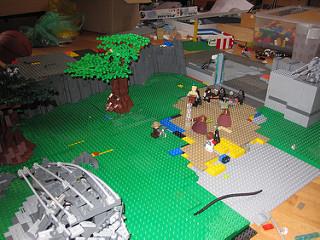 Since LEGO is physical and has tangible building blocks, one is tempted to think in terms of content platforms or app platforms where content or apps created on top of the platform have some tangibility. However, this metaphor extends to anything that can be added onto the platform that increases its value e.g. Uber drivers stream their availability and location, thus adding value (and inventory) to the platform. 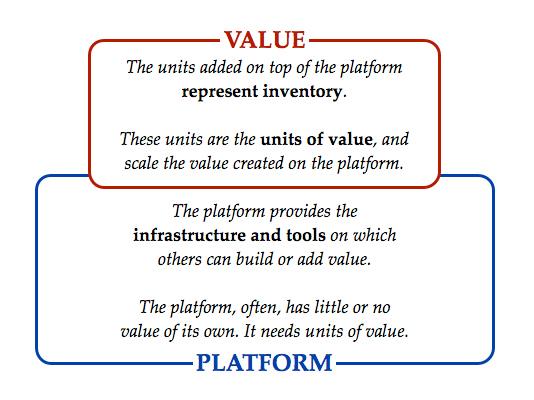 FedEx: Movement on a network

Let’s move away from the notion of platform-as-underlying-infrastructure and think of the platform-as-a-network-of-transfer.

I’ve talked about this before. FedEx works like a network; it delivers packets from a source to a destination. Here’s how FedEx gets it right most of the times (and I’m again oversimplifying for illustration):

Routing, a concept from network theory, is the process of selecting the best path on a network. 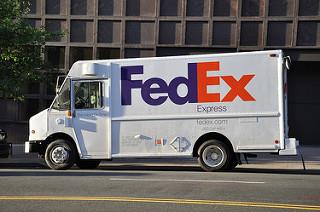 There are two key aspects of networks like FedEx:

Every platform is responsible for the transfer of packages from source to destination.

Uber transfers a Cab request from a Traveler to a Cabbie.

All of these platforms rely on the ability to correctly transfer information (and content) from the source to the destination.

While it is important to think of YouTube as an infrastructure on which users host videos, it is also important to see YouTube’s role in transferring videos to the right consumers. This is where the platform needs information to correctly recommend and serve videos. 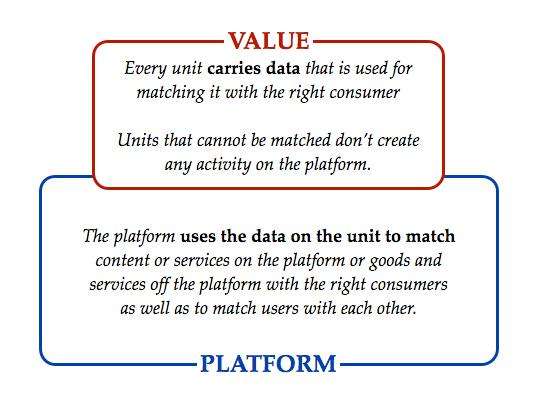 Let’s think again about these units that we have been talking about. These units always start off an interaction between a producer and a consumer. You need an Uber driver to be available and around for him to be matched to a traveler. You need a listing to be put on eBay or Etsy to enable any commerce. And going deeper, you need a seller to set up an instance of her product on PayPal for a buyer to buy it using PayPal. 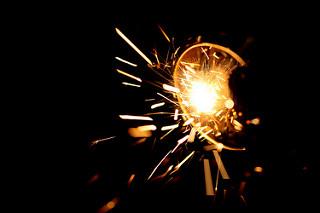 In all these cases, the unit sparks the interaction. David Evans, in his book The Catalyst Code, talks about sparks that start exchanges and catalysts that enable these exchanges but never gets quite specific about what the spark is. 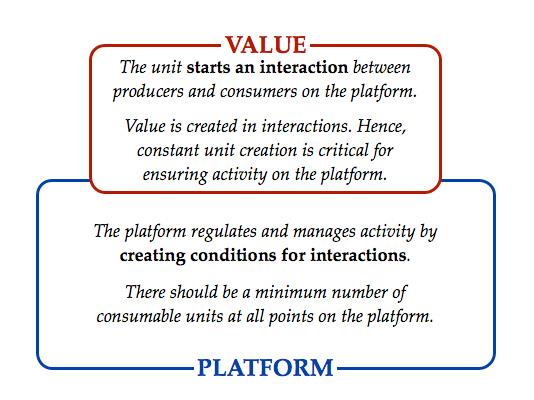 Think of a game of soccer or ice hockey. The game always has a central point of focus: the ball or the puck. Spectators do not view the stadium or rink as a whole; they are solely fixated on three things: 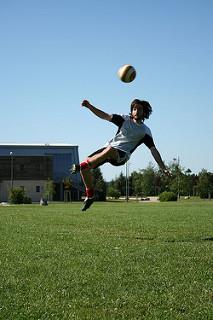 Moving back to platforms, every platform facilitates interactions between producers and consumers. These interactions always occur around a center, much like the ball or puck.  Much like the rules of play in a game and the role of the referee, the platform’s purpose is to provide the conditions that are necessary for such interactions to occur efficiently. 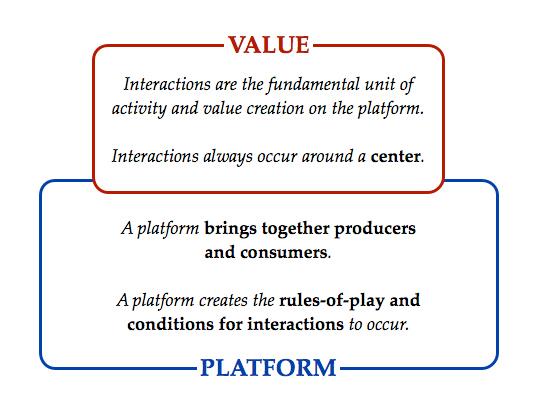 The Nature of Order: Ask the Architect

When thinking about design – of products, platforms or business overall – I’ve always found it useful to learn from those who do this for a living: Architects. While the physicality of real world design is different from what we look at while building digital systems, the fundamental aspects remain the same.

In The Nature of Order, Christopher Alexander makes a great case for inverting how we think about design. Here’s the gist: If you’re going to design a building, you don’t start by thinking of the building. When architects get down to thinking on paper, they start with a center and build things around that and in relation to that. 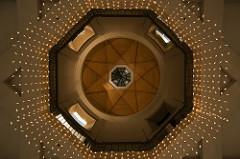 The actual argument is much more nuanced but what I find extremely compelling is the notion that we might be missing the point in thinking in terms of wholes. When we look at a website or an app, we see it as a whole. We don’t see a center there.

The more complex a system, the more difficult it’s going to be to understand it as a whole. Thinking in wholes, forces us to start thinking about features. This is where it becomes super-helpful to think of centers.

When building a platform, it is super-important that features are not the starting point. Features should, instead be built around a center. The center determines how platform users will interact, and leads to what kinds of features the platform should have to enable these interactions.

If we think of YouTube, Airbnb or Threadless, every feature that is built out there is built in relation to the video, the listing or the graphic. You don’t have features for the sake of having features. In the initial days of any internet startup, in particular, a definite way to mess things up is by thinking in terms of features and ending up with something clunky. The closer one aligns each and every feature with the center; the more intuitive the platform’s use is.

This ties back to how we think about Pipes (linear businesses) as well. Toyota builds out a factory starting with the car (end product) in mind. If it goes about adding things to the factory without the car in mind, it ends up with bloatware. The same thing happens on digital platforms. 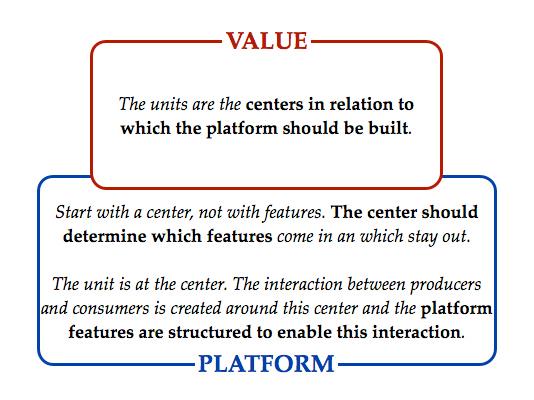 The idea of this unit of value as a building block of the platform is very central to understanding platforms.

However, I’m not entirely convinced that ‘seed’ is the best way of describing this unit.

At this point, I’d like to throw this open. Based on the above, what would you call this? What name would you give this? There are several elements to what these units are, and we’d need to come up with a name that captures these elements.

So let’s recap the various properties of these units: