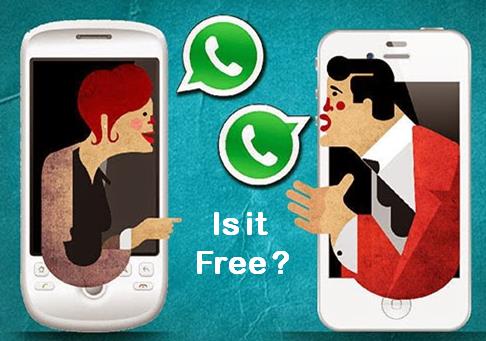 Whatsapp, a very popular mobile app for sending messages over internet. It has become one of the major communication source and no doubt it has all the features necessary to enhance user experience. With easy to load, send, receive text, audio and video messages over phone app it gives you the cheapest way of communicating with your friends and family and stay in continuous contact.

The said service is available on iOS, android, Symbian, blackberry OS and windows platforms. So that means you can have whatsapp installed on almost each and every phone.

All of us just use it for our personal benefits but have you ever wonder why are you getting all these free of cost. Now you must be thinking that why should there be a cost involved in this, since internet charges are paid by you and there is nothing else getting utilized. An app is an already build framework that does not require any other future inputs from the development end or from running point of view. But is this really true? Or are you missing something. May be an IT professional be able to tell you or may be an app developer or may be a blogger.

And how does the developer getting benefited with this app which has crossed billions of users all over the world and is still increasing daily at a very rapid rate.

How in the world is WhatsApp earning anything at all without any ads? Is it even profitable?

The answers are what we have given here and you will be shocked to know some of our deep research answers.

On a different note, Facebook has recently bought Whatsapp. So Why do you think a company like facebook will show interest in a app which we don’t know how much it earns and does it really earns anything at all? Best part? At the time Facebook bought WhatsApp (19th Feb, 2014) for a colossal US$19 billion, it was being run by just 55 people. So there has to be some source of income to satisfy the 55 workers.

Let’s find out the revenue model of Whatsapp and any other app like it.

Whatsapp is earning its revenue through two different ways: 1) Subscription Fee: Whatsapp allows it’s user to enjoy the services for free of cost for first year. However, after that it charges $1 for continued service. But till date, I have not heard of a single person who has paid for this service. Interestingly, it tends to extend the free service period every time a user reaches close to the expiry date.

I dug a little deeper, and I realized they’re making hundreds of millions of dollars.

Here’s how it works. WhatsApp charges a renewal charge of $1 per annum from its customers, after providing the service for free for the first year. We all know this very fact now and also the fact that it automatically becomes free again for the next year. So what are we missing here?

We are taking a very bad sample of types of people or I should say country. This means that whatsapp is actually not doing this in all other countries. This happens only in India. Yes that’s true and may be some few other small developing nations also. But on large scale there is around 8/10 of the user base that pays for the services by whatsapp every damn year. Now let’s calculate the income roughly over the year.

Now we know that whatsapp had 55 workers as already mentioned earlier in this post prior to acquisition by facebook. So that means those 55 people collectively earned just 50 cents after 2 years? That’s $0.00001 per person per day! But now think of the number of people who use WhatsApp. As of stats from the month of January 2015, WhatsApp reported surpassing 700 million users. Taking out almost 2/10 of the user base, we still have around 560 million paying users.

Whatsapp is earning more than $560 million per year and that too just by charging its users $1 per year. 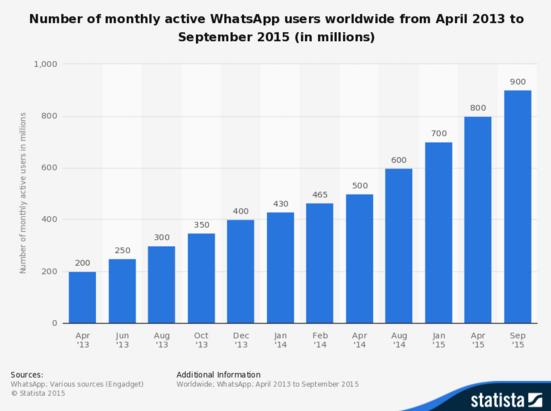 Now You must be wondering why are Indian users not getting charged for whatsapp services?

There are many different views for this and somehow all seems to be genuine reasons.

India is a developing country and almost half of its population is still relying on cash payments. So use of credit and debit cards is still not a part of everyone’s life in India and many are even afraid of using it since they fear of losing money or getting lost or misplaced. Also the procedure one has to go through is also in the process of improvement. WhatsApp users (in fact, users of most apps of the Android, iOS and Windows platforms) have to make the payment through credit cards.  So this creates a barrier and this would discourage most of Indian from using the app.

Another reason that many believes exist is the mentality of free usage. If you start charging people here even as low as Rs50 or Rs60 per year, they would not like to continue with it and thus reduce the user base.

Almost 1/10 of user base is from India for whatsapp and one cannot lose such big user base and finds some future benefits in this. WhatsApp obviously would not want to lose out on such a significant number of users, and so for the foreseeable future at least the service will remain free in India 2) Database Management: According to our speculation, the revenue generation for Whatsapp is also through database management. Your numbers and some other little necessary information are stored with the company and is used for various marketing purposes. We all know that the conversations on Whatsapp are not stored on Whatsapp servers permanently, but only until you don’t receive them. This is the reason whatsapp is quite fast and flawless. It erases the messages as soon as it gets delivered. But many thinks that it is not the case and our conversations are constantly tracked which reflect our interests, likes, dislikes and majorly depicts our preferences. This information is invaluable to big firms where relevant tailor made products can be offered after data sorting.

Industry insiders have speculated that part of the rationale behind acquiring WhatsApp was for Facebook to access user’s behavioral data and personal information. How true that can be? Actually it is business and no one is actually going to tell you his or her next move in his business strategy. 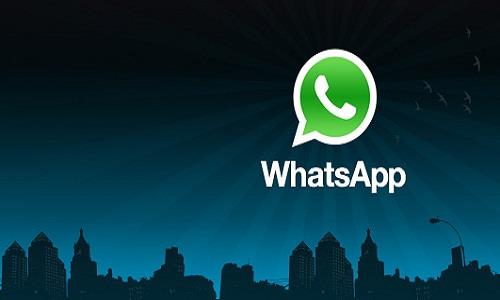 With location sharing data, 30 billion messages sent per day, and access to users’ entire contact lists, Facebook has access to a ton of personal information – all uploaded and saved on its servers. Point to be noted is that “Mark Zuckerberg promises that this data won’t be used to improve consumer targeting in Facebook ads”, it still raises questions about how private our data really is.

Note:-This data management scheme is merely a speculation. As evident, Whatsapp is not involved in ad marketing. Any user can vouch for the fact that it does not support advertisements. There is no way to justify the data management ideology, but then there is no other justified revenue model as well in the store.

So that is how we come to the end of the second most hidden form of earning that is being done on whatsapp and how the future holds for everyone on whatsapp.

Do you think whatsapp has no competition now and since facebook acquires whatsapp there is no way any new app in future can reach to that point of success?

Do you think Whatsapp will start charging Indian customers soon?

Will facebook start showing up advertisements on whatsapp like any other app? If yes what effect can it have?

Is Facebook really sharing our data with companies to earn bigger profits?

Tell us what you think and what you believe is going to be the answers. It is time for you to share your views and opinions on the emerging industry of these small apps that have the potential to earn big.

You May also Want to Read