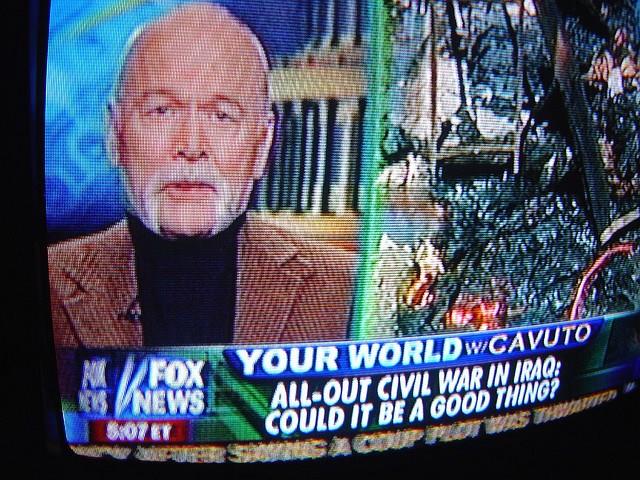 Delivered to the narrow group of people who are actually interested in their opinions? Check!

Fox News’ insight is that there were millions of right wing Americans who were completely ignored by the major networks. Fox News and Rupert Murdock identified this gap and gave them a news source in tune with them.

Fox’s insight here is they did not narrow the message down to one viewpoint. Debate is valuable and the other side is important too. However it is preferable if the other side is delivered by someone crazy. Or bearded. Or in a best case both.

Twitter is a social network where people send messages of up to 140 characters.

Within the tweeters are an elite that are the stars. They are the hosts and the talking heads.

Twitter is great because it is simple. Twitter is accessible to anyone with the most basic of phones, and requires barely a pause of your time to make your thoughts known.

If you want to make money from Twitter use it as your loudspeaker. Find your voice and speak to your tribe.

Twitter is going to make over $2 billion in revenues in 2015. Like Fox, most of it is advertising. Companies can pay for promoted tweets, promoted accounts and promoted trends. They can pay for tweets into your stream, for their accounts to be recommended to you to follow, and for trends that highlight the company in some way.

As an advertiser, you are paying Twitter to grow your tribe and distribute your messages. Fox News could not do this.