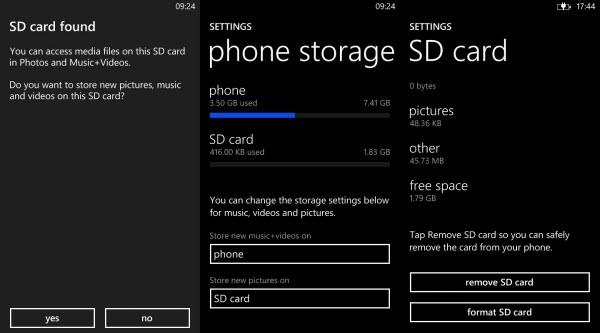 Windows Phone 8 supports microSD card, which acts as, extended storage if your phone has low internal memory e.g. Lumia 620 and 820. When windows phone team announced the SD card support, they not only announced that it will act as storage for Music, Videos and Photos but also rolled in App Installation feature. In this post, we take a look into bits and pieces of what happens when you insert an SD card in Windows Phone.

As soon as you insert an SD and reboot your phone, you will be prompted about it. In this prompt, you will be able to confirm that it can be used to store media files. This prompt appears every time you insert a new microSD card or when you format it.

Since it extends your storage, you can find all the settings under Settings > Phone Storage. This section displays the amount of space occupied by your phone and the SD card.

In the same section, you can individually configure Music + Videos & Pictures storage location. A drop down lets you choose between the phone storage and SD card.

The real advantage shows up when you switch your phone. If all your media is stored in SD card, they will be available instantly under Photos, Videos and Music App like it was on your previous phone. If you choose differently, the new phone will have pictures located into two different places.

If you tap on SD card storage, you can see details of space occupied by individual media types. Right under that, you have two options :

Kirik File Viewer for Windows Phone allows you to explore SD card. However it is restricted to display files like PDF and .RAR. You can also buy the pro-version of the app to see more files. Read more about it here. 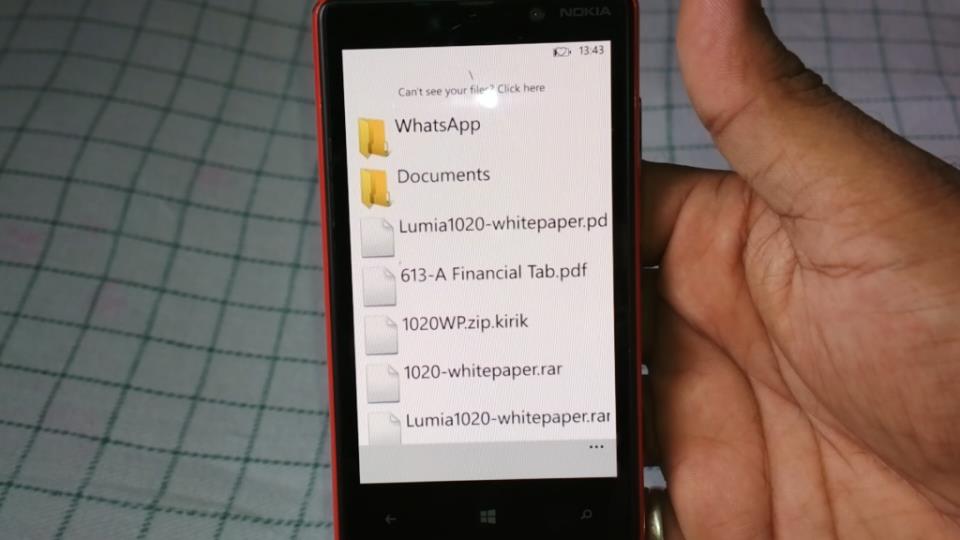 In a scenario where you need to install the same app on multiple Windows Phone device, Corporate or for Family Members, downloading every time is a waste of bandwidth.

You can use the SD card to install the apps offline on any number of phone. 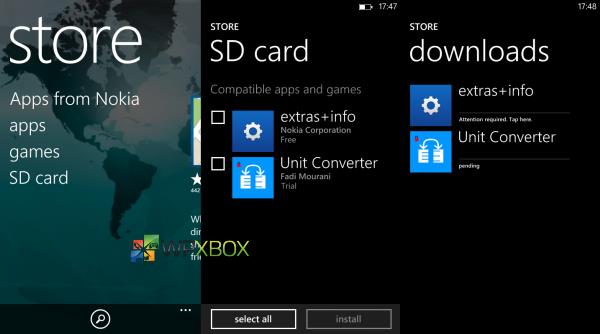 Remember, when the apps get installed, they will be verified against the store and your account. Free apps can be used instantly while paid apps will have only trail version installed. Apps which do not have trail version need to be bought from the store.

So the basic idea of this feature is to save your bandwidth of your Mobile Data or when you need to install on multiple devices.