A brand new update for Google Maps just started rolling out last night and it’s definitely a big one. Perhaps the most important detail is that this is the first installable on the Android N Developer Previews. The Timeline screen has also gone through a partial redesign and gained a couple of new tricks. However, the really interesting things are coming in the teardown. In fact, there’s so much stuff that the teardown portion is going to be split into a second part. Let’s get to the good stuff.

Note: according to a post on the issue tracker, this could be a beta release. However, it seems to be rolling out to users on the stable channel. It probably doesn’t matter, but it may be possible some users won’t receive this update through regular rollouts. I’ve included “beta” in the title so readers are aware of this.

If you’ve been living on the bleeding edge with developer previews, you may have felt a bit left out as updates to various core apps have come and gone for everybody else while you’re stuck on versions that seem inexplicably outdated despite a higher version number. In fact, you actually have been running older versions. Google repackaged older stable versions of some apps and gave them high version codes to ensure that they weren’t replaced by updates from the Play Store. This release brings a higher version code and allows for it to be installed on DP4 and below. We’ll have to wait for DP5 to come out before we know if Google is going to lock in the version again. There are a couple of important implications from this update, which leads us to…

The Maps app is back on Android Wear

This actually resolves a point of confusion for many users: the missing Android Wear app. One of the little-known details about the repackaged apps on developer previews is that they lack the microAPKs that should be installed on Wear devices. I’m not sure if there’s an official reason for leaving them out, but they aren’t there and that means your watch will be missing quite a few standard features. This release restores the Wear micro app to its rightful place.

As it turns out, the Maps app included with Developer Preview 4 did not get along with Android Auto. Users quickly discovered that Maps automatically crashed anytime it was launched in Auto. This version has been confirmed to fix that issue and restore Maps/Navigation on Auto to full working order. I’ve got a feeling this is the reason we’re getting a version that can install on N right now, so even if you don’t have (or use) Android Auto, you’ve probably got it to thank for an N-friendly update. – Thanks, Christian Simpson

Timeline Gets a Facelift 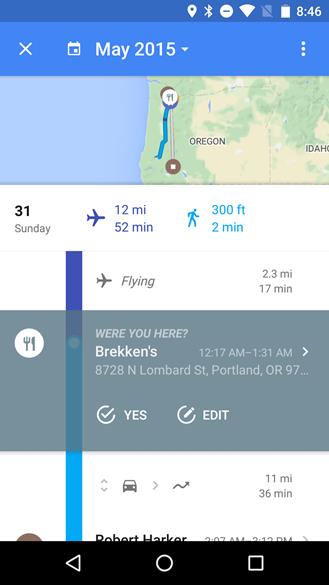 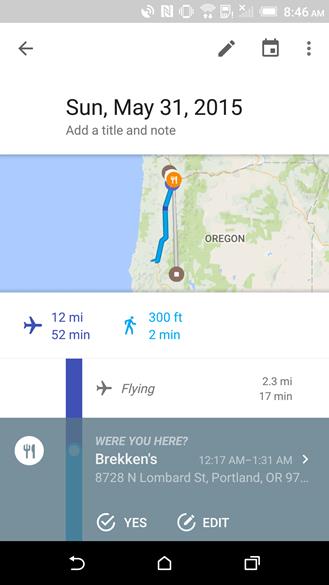 The most notable changes for this release can be seen in the Timeline view. In fact, the changes are almost entirely limited to the title bar, which has grown much taller and includes a couple new parts. The month/year dropdown has been removed entirely, but the calendar next to its left has been moved to the right side. It still functions the same way, so this is mostly a cosmetic adjustment. The date and day of the week have also been removed from the first row below the mini map. It also looks like the mini map might show more business icons than it used to. 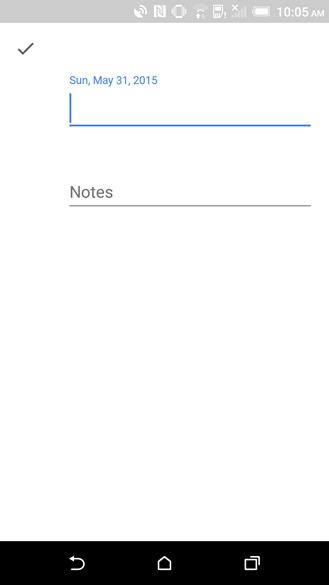 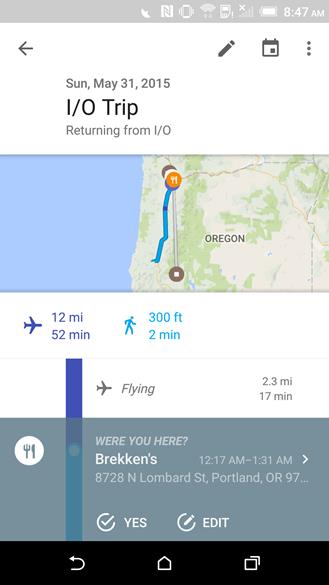 There’s a new edit button (the pen icon) that opens a screen where a title and note can be added. Tapping on the big date text above the mini map will also open this screen. If something is filled in here, it causes the date to shrink in the Timeline screen while the title and note are filled in. This allows you to put some context to your trips, perhaps to document a delivery route or remind you of a particular day during vacation.