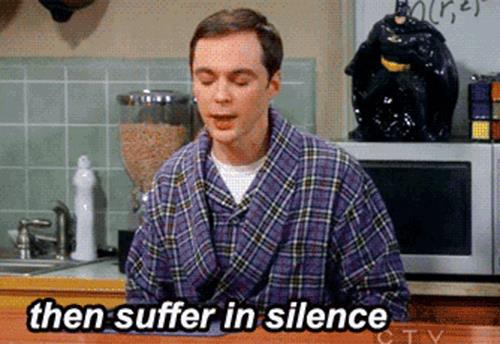 WhatsApp is the most popular messaging app there is in the world right now and after scolding us endless times for staying glued to our phones, parents have joined the fad too, to connect with their long lost friends and relatives.

But all of us hate the family WhatsApp groups which we are added to against our will and are caught in an eternal dilemma between leaving said group and ‘Mummy ke muhbole bhai ke bete ka rishtedaar kya sochega‘. We dread the sexist jokes and hoax news posted in the group but have no choice but…to suffer in silence.

However, a girl, Namaah, gathered the courage to finally leave her family WhatsApp group and posted a savage message in the group before leaving it. She shared her happiness on Twitter with a screenshot of her message.

In today’s personal victory, I quit my extended-family WhatsApp group. I cannot fully express the relief I feel. pic.twitter.com/E02iXtbLvh

Tweeple shared her emotion, and lauded her for her bold move, saying that they would also like to do the same with their respective WhatsApp groups.

This takes Courage. I’m proud of you.

Thank you for the courage.Permission to use this as a template for my own exit (if I ever manage it?)

Dude! I just added “Express yourself as well as Namaah does” to #LifeGoals

4. Some shared stories of their own.

My extended family whatsapp was similar. I used @SMHoaxSlayer plus a healthy dose of @IndianExpress. Random news sharing has almost stopped.

I did this few days ago and life is so peaceful I tell you. ??❤️? pic.twitter.com/gGxT4HFTz6

6. That’s true though! Good luck with that.

Good luck with this not being seen as rude. I am still vilified by my extended family for declaring myself an atheist ?

7. Here’s to a peaceful WhatsApp!

YAS. ?????Did the same to a lot of groups myself (for reasons these and others) and my whatsapp is a lot less stressful now.

Fantastic! *throws confetti on you*

If I write so much before I exit.. they will add me back & ask the meaning :/

Nice! I wanted to exit from such grps too. But I took another path. I just rebutted each insensitive post, now, none share such things. ?

Go ahead take some inspiration from her and leave that WhatsApp group with as eloquent a post as you can manage. But, don’t blame us if they add you back.