Search for who you are and stick to it, Mike Mills advises in his films, though it may not always be easy. 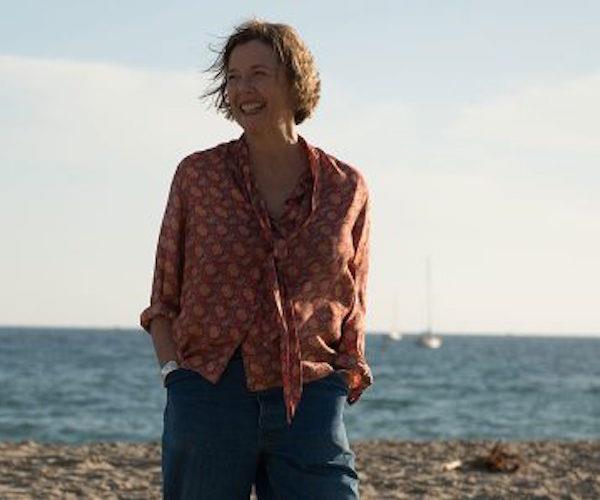 20th Century Women is set in 1979, before the age of Reagan, well before the birth of the internet, at a time the turmoil of the’60s had pretty well receded and punk music was mesmerizing the young. Dorothea Fields (Annette Bening) is a single mom raising an adolescent son Jamie (Lucas Jade Zumann). They have a boarder, Abbie (Greta Gerwig), and a live-in carpenter, William (Billy Crudup), who appear to trade  rent for their work of endlessly renovating the rambling house. Jamie’s best friend Julie (Elle Fanning) regularly sneaks into his room through a second-floor window, where, by way of a frustratingly platonic relationship, they discuss all matters of life and love. Meanwhile, Dorothea is having a late mid-life crisis. She assumes at age 57 that she has the answers to life’s big questions, but needs help to steer her son right. To do this she calls a meeting to ask the ad hoc ‘household’ for help. She’s an attractive, intelligent professional woman whose veneer of self-confidence glosses plenty of inner confusion. Music, sex, language, dating, and romance – they just ain’t what they used to be.

Annette Bening approaches this unglamorous role without vanity. Her wrinkles show, her hair is a delightful mess, she doesn’t look costumed. Dorothea is a divorcee who at one time aspired to be a pilot in the Air Force. She was the “first woman to work in the Continental Can Company drafting room,” a fact we learn from her son, Jamie, who has a somewhat romantic vision of his mother’s life. Dorothea, born in 1924, made her way through a world that’s incomprehensible to a 15-year-old.

Dorothea narrates the film from beyond the grave; she knows she will done in by her chain smoking before the turn of the millennium, and she anticipates, without bitterness, the world that these kids will grow into. Her perspective alternates between pride and confidence, confusion and humor, assertiveness and insecurity. Like Kevin Spacey’s Lester Burnham in American Beauty (also starring Bening),  the character’s omniscient narration emanates a selfless empathy that is the key to her love and intelligence.

In many contemporary films, directors favor restrained and contained acting. Actresses such as Rooney Mara, Isabelle Huppert, and even little Royalty Hightower (The Fits) keep their cool. The viewer is invited to fill in the characters’ thoughts and motives. Bening, on the other hand, puts her contradictory emotions on the surface. This figure, full of strength, wit, and brains, undercuts her conventional smile with a knowing look in her eyes. “Do you think you’re happy. I mean as happy as you thought you’d be at my age?” asks Jamie. “Honestly you don’t ask people that – especially your mother.” She continues: “Look, wondering if you’re happy is just the great shortcut to disappointment.”

Dorothea is based on director/writer Mills’ own mother. (His film Beginners was inspired by his father, who came out of the closet at the age of 75. Christopher Plummer won an Oscar for his performance.) Bening embraces this marvelous script and gives one of her best performances. Blind to her limitations and follies, Dorothea worries about her son, giving advice that has a tendency to go comically askew. Bening’s upfront vulnerability reflects the haplessness of a big lonely heart, a woman who is puzzled by changing times, music she doesn’t understand, the new punk culture, and her son’s rapid coming of age. Her bouts of confidence give way to uncertainty, even chaos.  But the Mills’ writing never panders, never goes for the easy laugh.

The two men of the household, Jamie and William, are both at the point of deciding whether or not they want to accept maturity. William is effortlessly seductive and non-committal about his relationships. He is a kind and happy tinkerer. Given that William is such a questionable father figure, Jamie is out searching everywhere for meaning: punk clubs, furtive efforts at seduction, and attending readings from various texts, such as Our Bodies, Ourselves and Sisterhood is Powerful, and to his mother’s consternation, Susan Lydon’s essay, “The Politics of Orgasm.” Each woman represents a cross section of the decade’s changing feminist consciousness: Dorothea is a lifelong feminist; Abbie searches on the culture’s cutting age; Julie, the daughter of a psychotherapist mother, is exploring love and sexuality. Like Dorothea, Abbie is somewhat cerebral, often spouting the wisdom she hears in the required group therapy sessions that her mother moderates.

Mills appreciates the sparks raised by this wild intersection of generations. At one point, Dorothea asks William what the band Black Flag is singing about on a particular song — she can’t make out the lyrics. William listens carefully and reports: “’Head on my shoulders. Going berserk.” She nods: “But is that interesting?” He grins: “I don’t know. I don’t know either. I think maybe we’re overthinking this.” He puts on another LP containing  what some at the time called ‘art fag’ music (the term is scrawled in graffiti on the family’s Volkswagen). “I guess we’re more the ‘art fag’ type,” she says with a grin. “I like that.” The camera pulls back out of the room as they dance to ecstatically to the Talking Heads “The Big Country.”

Mills’ admirable strength as a writer/director is that he respects who his characters are, particularly how their eccentricities are signs of strength rather than weakness. Search for who you are and stick to it, he advises in his films, though it may not always be easy. The alternative family members of 20th Century Women are bound by love, an affection that is reinforced by empathy and understanding. It is a particularly valuable message to keep in mind as we slog through the next four years.

Tim Jackson was an assistant professor of Digital Film and Video for 20 years. His music career in Boston began in the 1970s and includes some 20 groups, recordings, national and international tours, and contributions to film soundtracks. He studied theater and English as an undergraduate, and has also has worked helter skelter as an actor and member of SAG and AFTRA since the 1980s. He has directed three feature documentaries: Chaos and Order: Making American Theater about the American Repertory Theater; Radical Jesters, which profiles the practices of 11 interventionist artists and agit-prop performance groups; When Things Go Wrong: The Robin Lane Story, and the short film The American Gurner. He is a member of the Boston Society of Film Critics. You can read more of his work on his blog.