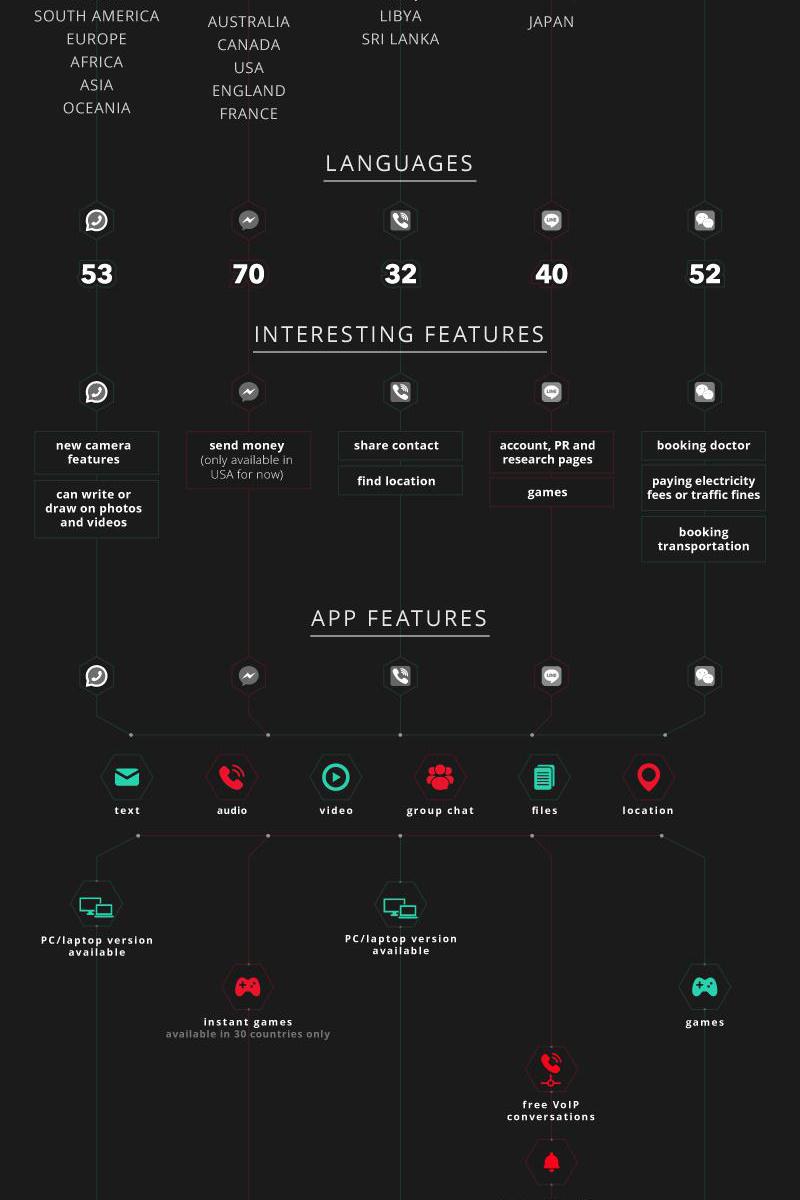 Most of us are familiar with mobile messaging apps like Facebook Messenger and WhatsApp, but there are others that cater to different regions of the world. With the rise of internet access and smartphones in the majority of countries, instant messaging is now a global phenomenon. In fact, according to data compiled by Skilled.co for their new infographic, by 2018 there are expected to be 2 billion active messaging app users, which will account for 80% of all smartphone owners and 35% of the entire population on the planet!

What is interesting is that the most registered app out of the bunch is not even based in the United States where the messaging concept was born. China’s WeChat has a whopping 1.1 billion users, 818 million of which are active every single month. The app is not popular in the west where Facebook and WhatsApp dominate, but it is the most popular platform in China, Japan, and Iran. In fact, it is more popular in Japan than the country’s own Line app, which has 700 million registered users and 220 million active every month.

To make itself stand out WeChat has introduced several interesting features that are not typically expected of messenger apps.

For example, although other apps like Facebook Messenger allow users to send payments to contacts (in their case this is only supported for US users with a linked debit card), WeChat take things to the next level. WeChatPay uses Bitcoin-style P2P to secure transactions and payments can be funded by card and bank transfer. The platform is supported by many online stores (both via browser and in-app), in-game purchases, via Quick Pay and QR Code, and even offline retailers in the region who use various tech to connect to your device.

The service also allows users to pay their utility bills and fines and even book services like the doctor or transportation.

P2P transactions are completely free as is withdrawing from the WeChat wallet. This makes it a big rival to the longer running service Alipay.

WeChat is also the only messenger app beside Facebook that allows users to send and receive SMS text messages within the app. This means that if you have a few contacts that prefer to text, you can keep in touch without having to leave WeChat. Your messages will be displayed just as if they were via the native messaging platform.

WeChat also supports nine-person video conferencing, 100 person group chat multi-player gaming, and a unique ‘shake’ function that allows you to randomly connect with other users shaking their devices for fun.

In many ways WeChat is a ‘super app’ that can help manage your day-to-day life, rather than just a simple messenger.

To learn more about WeChat and how it compares to the other leading messaging apps, be sure to check the full infographic from Skilled.co. It covers usage stats, app features, and much more.