As part of its ongoing mission to nullify Snapchat, Facebook’s looking to strike another blow to the yellow ghost ahead of their coming IPO – this time via their hugely popular “other” messaging vehicle, WhatsApp.

As announced on the official WhatsApp blog, to celebrate the app’s eighth birthday, WhatsApp is ‘reinventing’ their Status feature, which will enable users to share enhanced photos, GIFs and videos in a Stories-style format – which will also disappear after 24 hours. 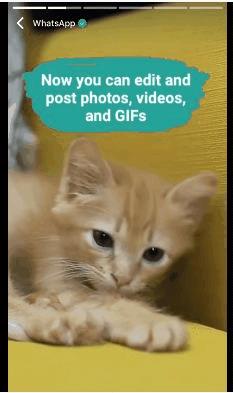 The format and layout is almost identical to Snapchat – The Next Web highlighted the similarities in the composition screens during the initial testing phase for the new option, first spotted back in September. 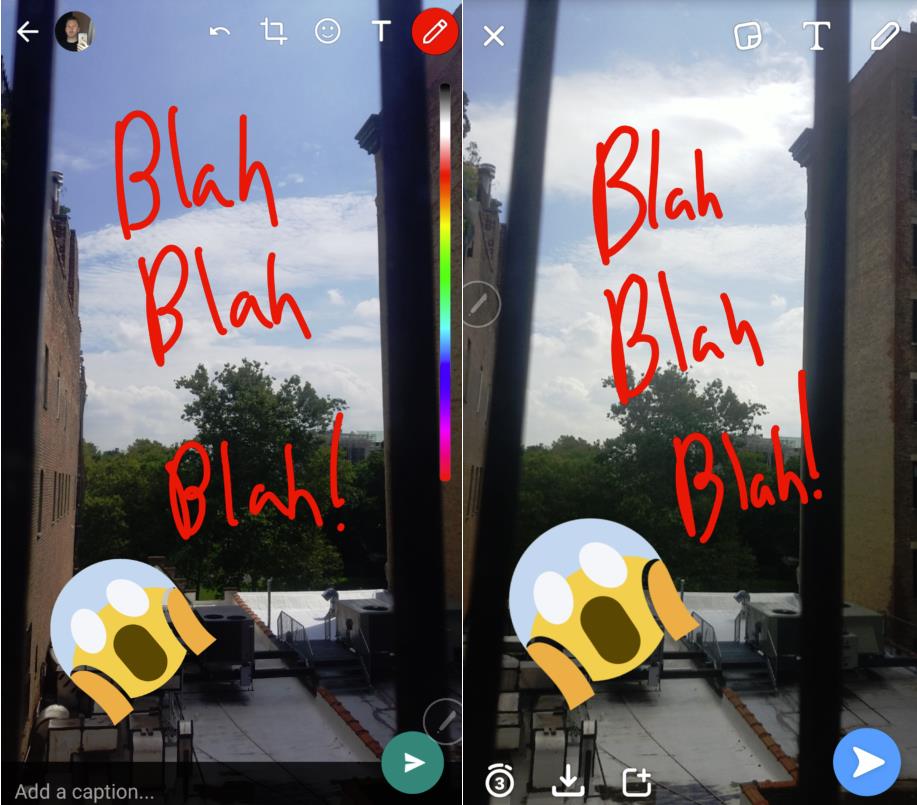 WhatsApp on the left, Snapchat on the right

As you can see, there’s a range of image additions and tools available, like stickers and emoji, and you can write across your images – all very much like Snapchat and Instagram Stories. In addition, ‘Status’ stories are end-to-end encrypted.

It’s another way for Facebook to limit Snapchat’s international growth potential. As we’ve noted previously, part of Facebook’s tactic to reduce the impact of Snapchat has been to release Snapchat-like features in regions where Snap Inc. have not yet had a chance to expand into, which means that for many of these users, Facebook’s Snapchat clones will be the first option of their kind that they see.

Effectively, this means that if Snapchat ever does make it into these markets, they’ll potentially be seen as the copycats, giving Facebook first mover advantage.

This is particularly relevant in the case of WhatsApp – while the app’s not as widely used in western markets, it’s hugely popular in other regions, as highlighted by this map (from October 2015). 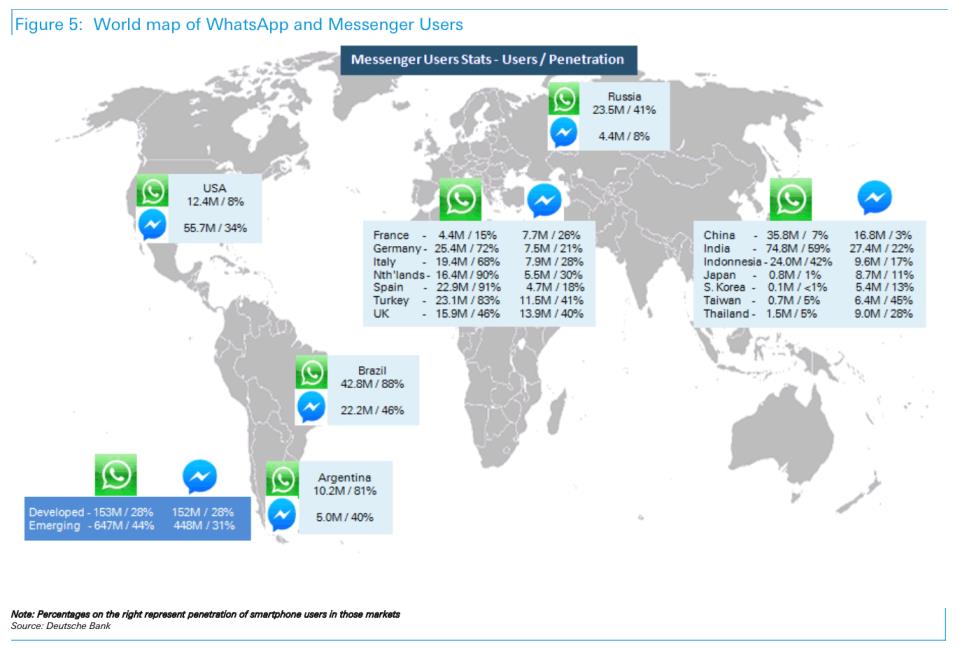 As you can see, the comparative penetration rates show significant variation, especially in less affluent countries, where many people use smartphones as their primary means of communication. This includes big population centers like South Africa, Malaysia, and Argentina.

WhatsApp now has more than 1.2 billion monthly active users, with more than 60 billion messages sent per day on the app. It may not be as familiar to you, or as known in western markets, but the opportunity is huge.

This is a particularly relevant consideration within the context of this new Snapchat-clone and its potential. For example, Instagram now has 600 million users, with a quarter of them using Stories every day. It’s speculative, of course, but if WhatsApp were to see similar adoption rates, that would result in 300 million people using the new Status option every day, a big boost in the international expansion challenge for Snap Inc.

Ongoing growth is one of the key areas of concern for Snap Inc. In their recent IPO filing, Snap noted that the app’s adoption rate decelerated significantly in the wake of Instagram Stories’ release – down from 17% between Q1 and Q2 2016 to just 3% between Q3 and Q4. Snap Inc. also warned that:

“We face significant competition in almost every aspect of our business, both domestically and internationally, that we anticipate will continue to intensify”

Snapchat’s well aware of the potential impact of Facebook’s expanded international push – while the app has a strong following in western markets, particularly among Gen Z users, that may not be enough to fuel significant expansion. And slower audience growth means lower investor enthusiasm.

In order to complete, Snapchat will need to continue to innovate faster in order to stay ahead – which they’ve been able to do thus far. But Facebook’s efforts to box them out pose a big challenge.

Will Snap Inc.be able to overcome it and maintain positive momentum?

WhatsApp’s new Status update is available now in France and the Netherlands and will be rolled out to users in the UK, Spain, Israel and Saudi Arabia in the coming weeks.