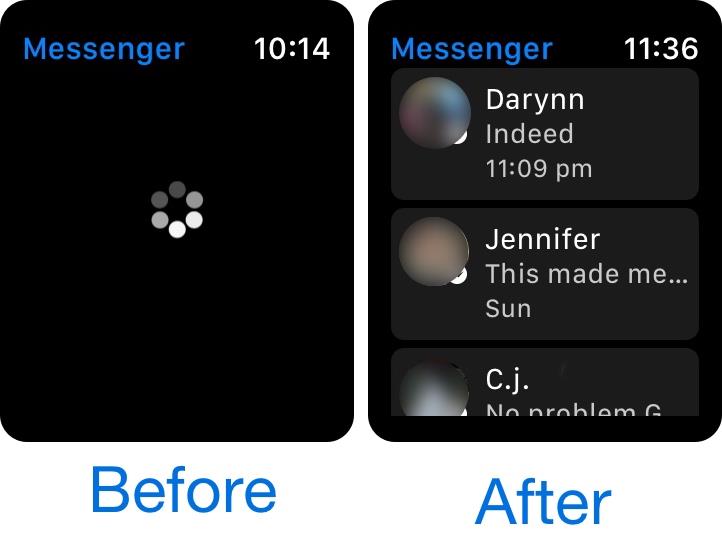 Facebook Messenger users who try to set the app up on a new Apple Watch might find themselves plagued with problems loading the app. Similar problems affect Apple Watch users that aren’t new, but rather have un-paired and reconfigured the device after troubleshooting problems with it.

There appears to be a significant bug in the Facebook Messenger app, and while the direct cause of the issue is unknown, there’s a quick fix for getting your Facebook Messenger conversations to load properly on your Apple Watch, and we’ll show you how it’s done it in this tutorial.

What happens to many people when attempting to launch the Facebook Messenger app on your new or reset Apple Watch, so they’ll get a solid black screen with the loading wheel, as shown above. No matter how many times you try to launch or refresh the app, you will continue to see the black screen and loading wheel.

While the problem may not affect everyone, it does seem to affect a large group of Facebook Messenger users. This intermittent behavior may be why Facebook hasn’t gotten around to fixing it yet; nevertheless, if you’re one of the affected individuals, you’ve come to the right place.

There are some generic troubleshooting steps you can try beforehand, but honestly they didn’t work for me. Those steps include:

What fixed the problem for me was following these steps:

1) Launch the Facebook Messenger app from your iPhone’s Home screen.

2) Tap on your profile image at the top left of the Facebook Messenger app. 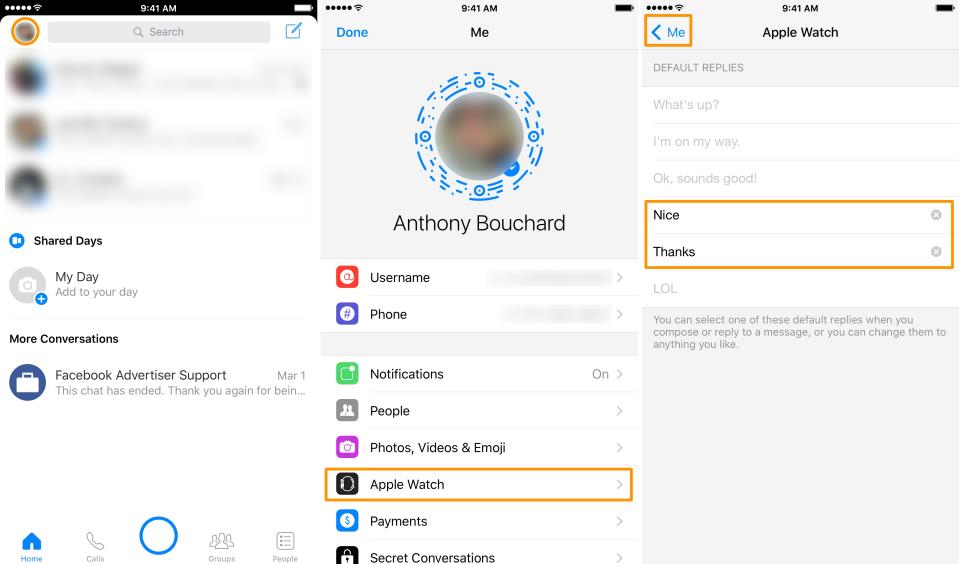 3) When presented with the app’s Settings page, tap on the Apple Watch cell.

Now that you’ve modified your app’s custom replies, try re-launching the Facebook Messenger app on your Apple Watch. Everything should begin loading as expected this time around. If it was successful, you can delete any custom replies you added in the steps above if you wish to do so.

As of this writing, the latest version of the Facebook Messenger app (version 112.0) includes this bug. It may be fixed in a future update, but until then, it’s good to have at least one workaround. Fortunately, once you use the workaround, you shouldn’t need to fix anything again in the future, as the app should continue to work properly.

If you’re not already using Facebook Messenger to keep in touch with all of your Facebook friends, it’s a free download from the iOS App Store.