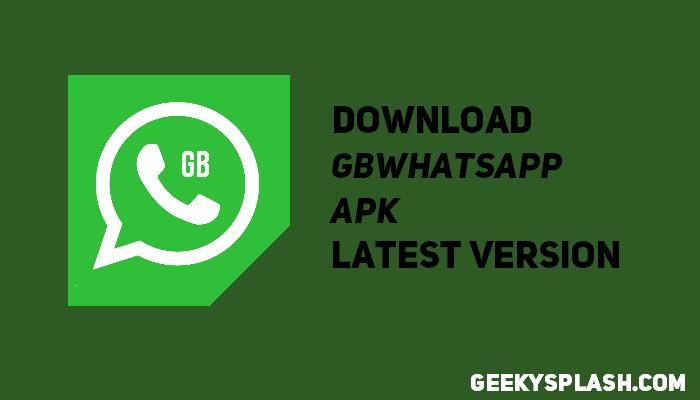 WhatsApp, of course, the most used social messaging application reported having 1.2 billion monthly active users worldwide. Though there are tons of social messaging apps out there, people mostly prefer WhatsApp because of its simplicity, and that’s how it grows users exponentially. After getting acquired by Facebook, WhatsApp added some important features such as End to End Encryption, Video Calling, and the recent Status update.

I still remember people used these modified versions just to get few additional features such as WhatsApp Calling ( which was absent then ) and little tweaks such as to hide double ticks. Present day, out of many modified versions of WhatsApp only a few existed namely WhatsApp Plus and GBWhatsApp. Both of them are based on latest versions, include video calling and the major WhatsApp status update.

WhatsApp Plus vs. GBWhatsApp:

In addition to the above features, there are tons of customizations that GBWhatsApp provides. And to install GBWhatsApp to your phone, it differs from each Android versions. But most of the cases, the requirements won’t be an issue.

Well, it’s pretty simple. Download the APK from above link and install it. If you haven’t given permission to allow App installations from Unkown Sources, please allow it.

The above-quoted download link is purely non-spam and safe. You can directly download and install it without any hesitation. However, it is purely your decision to use a modded WhatsApp or not. WhatsApp may impose a ban on you if you’re caught using ( Of course, GBWhatsApp claims to be ban-proof ).

As a rule of thumb, remember to backup all your chats from your currently using WhatsApp version before you try to install these new ones. Later, you can restore them on the newer WhatsApp you’re using. I’ve heard that you cannot run GBWhatsApp along with your exisitng WhatsApp, only one can work at a time.

Summing up, I personally do not recommend to these modified WhatsApp’s; moreover, I don’t have a need to use and explore WhatsApp additionally. It is completely users decision to allow a modded Android Application into his phone which may or may not be risky.