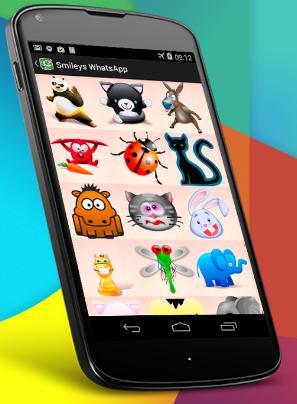 WhatsApp is a very good messaging app. It comes with a bunch of useful features. To name a few, you can send free messages to your friends, send documents, share pictures, create groups with up to 256 members and more.

WhatsApp is fast as messages are sent in real-time. Because of this feature, it is employed by police departments, hospitals, clinics, fire stations, and businesses. According to the Google Play Store, there are over 1000 million users of this IM.

WhatsApp for Windows PC has been officially launched last week. Now, the popularity of this IM will increase even further. There are already a billion active monthly users of WhatsApp. Windows OS is being used by the same number of people. Imagine if WhatsApp has been installed on 500 Million Windows OS powered PCs, it will have even more users than Facebook.

WhatsApp status, group and text messages are incomplete without smileys (known popularly as emojis/emoticons). This application comes with over 200 small smileys which can be easily used in messages. If you’re switching from Hike to this IM, you might be missing the XL size smileys. 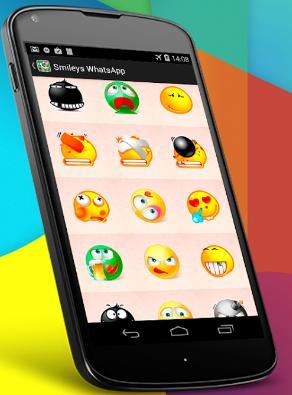 Fortunately, there are some third-party smiley apps which allow users to use large emoticons in instant messengers easily. Once such app is Smileys Whats App by ringtones sound.

This app has a top category section where you’ll find the most popular smileys. Sharing an emoticon is an easy task in it. Locate the smiley in the app, click on it. Android OS will now open a list of messaging apps that you have installed in the mobile phone.

Tap on WhatsApp and select the contact with whom you want to share the picture. Now enter a caption for the smiley and tap on the send button. Your smiley will now be sent to the other user.

Smileys in this app are not intended to be used only in WhatsApp. You can send emojis to your friends on Skype, WeChat, Viber, Hike, Telegram, Kik, etc.

The WSA app has a copy to gallery feature, with which you can download your favorite emoticon to your phone. The downloaded image can be viewed from the phone’s gallery app.

For sending smileys faster, this application will display a floating icon when you open WhatsApp or MMS/SMS interface of the phone. If you don’t want to see this icon, open settings panel and deselect show icon option. You can download this free app from the Google Play Store.