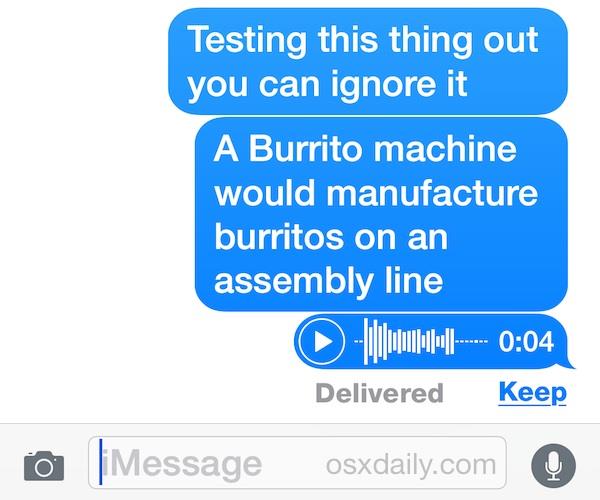 Raise To Listen is a handy feature in modern versions of iOS that allow you to literally raise your iPhone to listen to a received audio message and to respond by sending a new voice text. But the feature is not entirely reliable for all users (particularly those who use an iPhone case, more on that in a moment), and as a result it can cause some annoyances where a message is inadvertently marked as listened or played, and because audio messages remove themselves by default, those audio messages may disappear from your iOS device without ever actually listening to them. Perhaps even more annoying is that some third party cases and protective screen products may cause the Raise to Listen response feature to trigger at inappropriate times or cut off in the middle of a voice text, sometimes sending an audio message that is incomplete.

As you may have guessed by now, if audio messaging “Raise to Listen” is misbehaving, you can often resolve the trouble by removing the case or any third party protective screen layer from the iPhone. But going case-less is not always reasonable for some users who are prone to dropping their devices. Thus, troubleshooting Raise to Listen is difficult for those of us who rely on protective cases, so another option is simply disable the Raise to Listen and Raise to Respond feature for now and prevent any erroneous listening or response behavior. 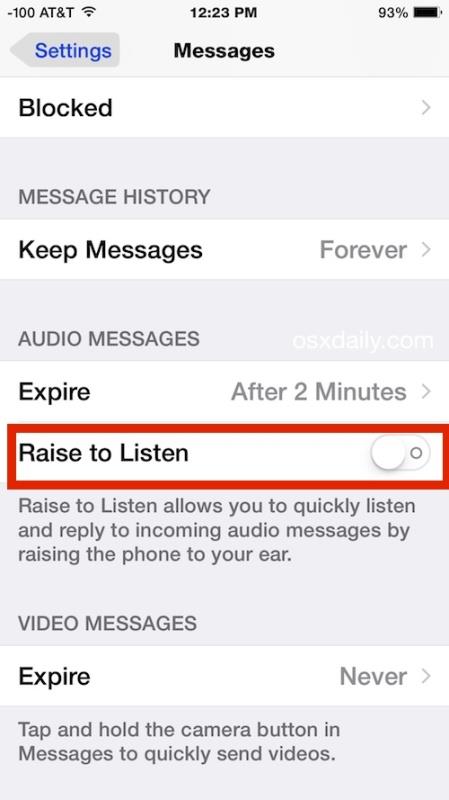 Very straightforward, and while you’ll lose the Raise to Listen and Raise to Respond feature, this will also prevent the inconsistent behavior that causes messages to be read before hearing, or sent before being finished recording.

So why does Raise to Listen not always work consistently, or erroneously detect that you are trying to listen to or record a message? It’s hard to say with complete certainty, but for many users the problem is not actually the Raise to Listen feature in iOS, but rather the third party case or protective shield they have placed on their iPhone. This is particularly true if the iPhone case is one of the bulky protective models, where it may be covering or clouding a portion of the proximity detector located near the earpiece speaker of the iPhone, which is pointed out here:

This is quite easy to see on a white iPhone, but black iPhones hide the sensor very well making it nearly invisible. Similarly, many of the clear protective plastic shields that are placed on iPhone screens to protect them from scratching can interfere with Raise to Listen and cause it to behave strangely. Of course, another solution would be to cut out the portion of the plastic shield (or case) that covers that sensor, but with any bulk added to the iPhone it still may perform not quite as intended, so buying a case that does not interfere with the sensor may be a better solution. Or just disable the setting if you find it to be annoying.