between Google Duo and Viber is that Duo comes with better optimization to support even low bandwidth connections, end to end encryption that make the calls private and secure and enhanced call quality. Let us take a closer look at the new Google Duo and Viber and see what they have to offer.

Google I/O 2016 saw the release of a video calling app called “Duo”. This is one of the fastest and simplest apps produced up to date. Google Duo is a mobile-only app just like its companion the Google Allo. It is capable of being supported by iOS and Android platforms. It uses the phone number of the user as an identifier similar to WhatsApp and Viber.

The Interface of Google Duo is very simple. It is very easy to get used to and use as well. A selfie cam preview will greet the user when the app is opened. There will be giant photos is circles on the application. A selected circle can be tapped to make a call. The panel with the circular photos can be scrolled in order to display the other contacts present on the mobile device. When the person being called answers the phone, a video chat can be initiated. The camera can be flipped, and the microphone can be muted, but the application does not support video conference calls. The app comes with only a capacity of 5 MB, and Google claims all the features that come with the app are more than enough for a video chat.

Google Duo is very fast although it may seem it lacks features. The special feature of the application is when a person receives a call even before answering, his video will be visible on the callers lock screen. Likewise, the callers video will also be displayed on the receiver handset. Even before the call is initiated the video will be on and going.

The performance of the application will be great while the video chat will work seamlessly regardless of the connection at hand. When compared with skype and Google Hangouts, the Google Duo seems to have the upper hand in comparison.

With the optimization that has taken place inside the Google Duo, it is expected to be fast and without any type of lag when in operation. It is expected also to work well in flakey connection. The audio and video quality will be optimized for a better user experience. The call will work seamlessly when the connection switches from a mobile network to Wifi.

Google Duo is taking on its rival, Apple face time. It is fast on cross platforms and supports without any issues. The only issue, for now, is family and friends need to be convinced to install the app on their mobile devices when there are many messaging apps that are being used by them.

Viber is a famous messaging app that comes with a lot of useful features. Text messages, audio clips, stickers, and emotions can be shared along the conversations. The audio and video quality of the chat session will be great even if it is a 3G connection. When compared with other messaging applications in the market, Viber comes with the perfect features. If you are looking for many features, Viber is the application to go to.

Viber is a multi-platform application that can be used all around the world to make free call and video calls as well. Another feature of this application is, friends can call directly to the number if Viber also exists on the caller’s phone. When compared with Whatsapp, the number of users are less which is the only problem.

Although there are many third-party apps in the market, Viber would be the  ideal application to avoid long distance call charges. Contacts can be persuaded to install the app on their smartphones after the user installs Viber on his device.

Viber can be used like most messaging applications. A variety of multimedia can be sent with the help of the application. Group chats are supported up to 100 participants, which is amazing. Audio clips can be created easily by touching the microphone. Recording of audio clips can also be done in a similar manner.

With the help of a brush and colors, Viber supports a feature known as doodle. The user can use the colors and the brush to draw on the screen and send it to his friends as doodles. This may not sound very important, but it is a fun feature that will make the conversation livelier.

The app comes with large detailed stickers. The selection of stickers is also large giving the user plenty of options. Stickers can also be purchased to make the variety even larger.

This is one of the key features that gives Viber the edge over other similar applications in the market. The quality of the audio and video calls are excellent even when supported by a moderate bandwidth connection. Viber can be used to make video and audio calls free of charge with the use of the regular phone number of the user. If the user wants to make phone calls to landlines, there comes an option called Viber out. This will enable the user to add credit to Viber out and make calls according to a pricing plan. It will notify the user of the call cost to each country even before the call is made.

Video calls can also be made free of charge if both ends support Viber. Video calls suffer a bit when the connection is 3G or below. So Wifi will be the ideal connection to make video calls.

Public chats can be followed within the Viber application. People and celebs can be followed to see what they are talking about. This may not be ideal for everyone, but it is an interesting feature for some.

Viber Is built up by many common features found in other third-party applications while some additional features also give the application a plus. Calls can be made from anywhere around the world. With the many features that have been packed into the application, Viber can be easily recommended to anyone. 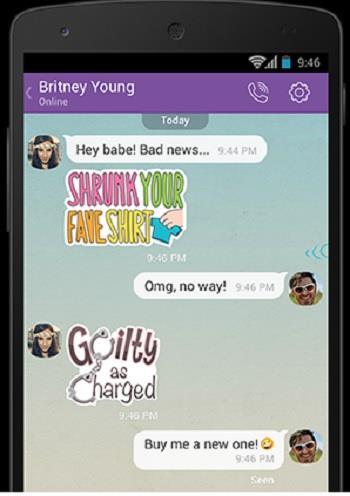 Difference Between Duo and Viber

Google Duo: Google Duo is said to be a simple, fast and one to one standalone application specially designed for Video calling.

Viber: Viber video quality will be dependent on the speed of the connection when using Video calling.

Google Duo is able to perform fast when it is used on an Android or iOS phone. It is not dependent on the speed of the connection whether it is a fast one or a slow one. It will allow video calling to anyone in your phone book.

Google Duo: Google Duo comes with a Knock Knock feature which shows a live preview of a video call before the connection is made.

This feature makes the call more spontaneous and fun. One the call is answered it seamlessly transits to the traditional mode of a video call.

Google Duo: Google Duo is able to support 720 HD video and optimizes the output according to the connection and the available bandwidth.

Google Duo also performs well when it transits from Wifi to a mobile data network as well.

Difference Between Duo and Viber – Conclusion

The Google Allo is designed to work in tandem with Google Allo. It is expected to give tough competition to Facetime. The App also some with a simple user interface making it a seamless user experience. It senses the quality of the network and automatically optimizes the call quality.