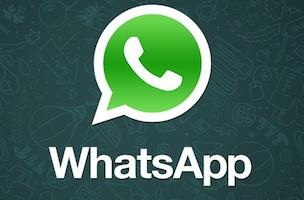 Facebook announced in its Form 10-Q filing with the Securities and Exchange Commission last week that it was extending its deadline to close its acquisition of messaging service WhatsApp by one year, to Aug. 19, 2015.

The acquisition was initially announced in February, and the Federal Trade Commission approved the deal in April, attaching strict privacy conditions.

This acquisition is subject to customary closing conditions, including certain regulatory approvals, and is expected to close in the second half of 2014. We have agreed to pay a termination fee to WhatsApp of $1 billion in cash and issue a number of shares of our class-A common stock equal to $1 billion, based on the average closing price of the 10 trading days preceding such termination, if the closing of this acquisition has not occurred by Aug. 19, 2014. This date may be extended by us to Aug. 19, 2015, if as of Aug. 19, 2014, certain closing conditions applicable to Facebook (other than the receipt of certain regulatory approvals) have been satisfied.

Readers: Will the EC eventually approve Facebook’s acquisition of WhatsApp?