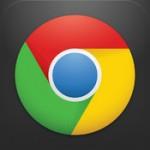 I’m attending Google I/O in San Francisco this week and Google has released some news on Chrome: an iOS version that it may not be Chrome, the Android version out of beta, now being the default browser on Android 4.1 and some other stuff. Let’s review the news in the mobile web world.

Let’s start with Android 4.1 Jelly Bean. You know I was really happy when Google released Chrome Beta for Android. The default browser (known as Android Browser) is not good enough compared to other modern browsers and Chrome is here to solve this problem. 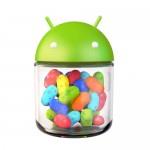 First news, Google Chrome for Android is out of beta and current version is 18. This version doesn’t support new stuff from the previous beta version but it’s pretty updated in terms of HTML5 compatibility.

The tablet Nexus 7, the first new device with Android 4.1 has Google Chrome by default. That means that the end of the Android Browser era has started. Galaxy Nexus smartphone (at least the version I’ve received in Google I/O) still has Android Browser with Jelly Bean and you need to download Chrome from the Google Play store.

I could confirm with the Chrome team that most new future devices with 4.1 will have Chrome by default and Android Browser is not going to be there.

However, for web views –such as pseudo browser or native apps- the old engine is still there, so there is no Chrome engine from web views yet.

Besides that we are going to see a browser fragmentation in 4.1. New devices sold from now on and 4.0 devices that are going to be upgraded to 4.1. These 4.0 devices will still have the Android Browser as the default browser.

In terms of HTML5 or new compatibility, the default engine on 4.1 (for web views and upgradable devices) is still the non-Chrome one.

Chrome for iOS -iPhone and iPad-

Well… this is big for mobile web development. But it’s not big because of what you are thinking. It’s big because we are going to start big philosophical discussions. That’s is because Chrome for iOS is not Chrome. What?? It has a Chrome-style UI, onmibox, search by voice and it has Chrome synching. However, the rendering and execution engine are not Chrome.