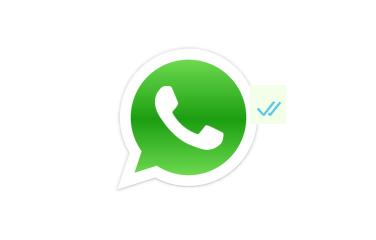 Whatsapp has become a part of our everyday interactions, and how! We are using it rampantly for our personal interactions, official communications and loads more. We are even using the Whatsapp messenger for tracking behavioral patterns, big time! When has my message been responded to? Why is my friend ignoring me and interacting more in other groups of which I am a member too? These are just some of questions plaguing our minds, through the day! And the Whatsapp “ticks” have played an extremely important role in interpreting interactions and communication patters.

The Double Tick and its many Confusions

The relevance of the double tick system has been argued for years. What do they mean? Does it mean that the message has been read already by the recipient? Or does it represent that the message has been simply received on the individual’s phone? Thankfully, every bit of confusion has been resolved altogether with the introduction of the double tick in blue. We have the clarifications here.

The Ticks and their Many Meanings

A Single Grey Whatsapp Tick : This simply means that the message has been sent successfully. It does not mean that it has been read or delivered.

Double Grey Tick : This means that the message has been successfully delivered to the handset.

Blue Double Ticks : When the ticks turn blue it means that the message has been read by the recipient.

For those of us who truly believe in tracking the online movement of friends can actually check the time at which the message has been delivered and the time when it was read. You have to press the blue ticked message and hold it for a few seconds. Subsequently, select “info” for learning more about it.

What do you need to do for Availing this Feature?

In order to avail this feature, Android and iOS users would not be required to update software. The facility is being rolled out “over the air” meaning that some people will be able to enjoy it a little ahead of others.

Whatsapp came into effect in 2009 and is currently the most popular messaging app as of data collected on October 2014. More than half billion people around the world are active users and are slated to enjoy a better experience with these brand new features.