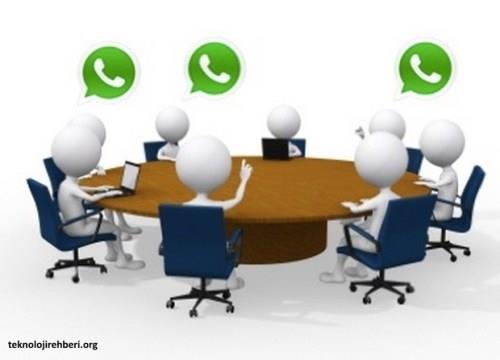 Recently I attended a meeting where the main speaker dismissed WhatsApp as a useless platform for business communication. And in the mainstream media of late people have been writing passionately about their hate for WhatsApp. One of their biggest beefs being about WhatsApp groups, especially the fact that you can be added to a group without being asked first; and you don’t have the possibility to leave discreetly.

However WhatsApp being ‘the most popular global mobile messenger apps as of August 2015, based on number of monthly active users,’ according to statista.com, as an entrepreneur you can’t afford to ignore this messaging platform. With 800M monthly active users, WhatsApp is ahead of Facebook Messenger (700M), QQMobile (603M), WeChat (600M), Skype (300) and Viber (249M) among others (statista.com).

Personally I’m a member of 16 WhatsApp groups, 10 of which I’ve created. Six are made of family members, five are about education and mentorship, four are made of entrepreneurs and two are for friends. Out of the 16 groups, only five are really vibrant. So far when it comes to marketing my business, I get more response from WhatsApp than Facebook, LinkedIn or Twitter. Recently while setting up the Biashara Roadmap Network group on Facebook, I posted an invite in 9 Facebook groups with a combined membership exceeding 500,000 and got only 2 responses. However when I sent the same invite to 338 friends, I got 23 responses and counting. Clearly the adage that ‘people do business with people they know’ still holds today.

Let me share with you what I consider to be the rules for setting up and maintaining a successful WhatsApp group.

What’s your experience with WhatsApp groups? Please share with me here.

Angela Kamanzi Your Friend in Biashara