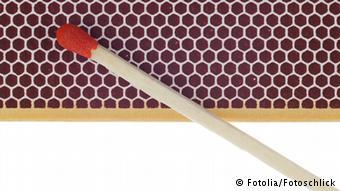 Just how good is your spoken German? We’ve compiled our favorite hard-to-pronounce German words. Careful! Many look easier than they really are. If you want to sound like a native, watch out for these tongue traps. Click on each word to listen to its proper pronunciation, spoken by native German Stephan Kaiser.

German is world-famous for its unbelievably long compound words. While the length of a word isn’t necessarily proportional to its tongue-twisting capacity, the sheer mass of letters is enough to bring even the most advanced language learner to their knees.

This one is a particular doozy due to the abundance of “ch” – a combination not found in English. Streichholzschächtelchen simply means “small match box,” though it looks like it should mean so much more. 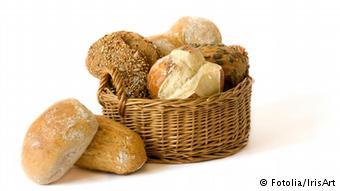 While mile-long words may be tiring for the eyes, it’s often the short and seemingly simple ones that give non-native speakers away in no time.

Brötchen are the bread rolls that are typically eaten for breakfast with cheese, cold meats or jam.

Since Germans often buy them fresh every day, it’s a word that – unfortunately for the language learner – needs to be spoken very often, even though the “ö” followed by “tch” is a very unnatural combination for a non-native. 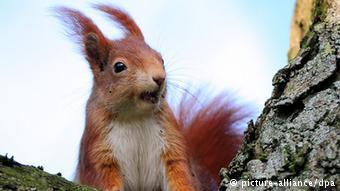 While we are still stumbling over “ch,” it’s worth mentioning a classic when it comes to pronunciation difficulties.

While the word Eichhörnchen doesn’t come up in conversation that often, at least English speakers can be assured that Germans have just as much difficulty with its English equivalent: squirrel. 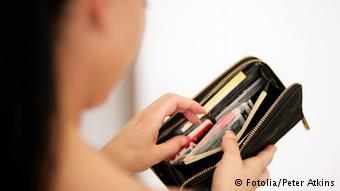 This one is not a word at all, but a number: 20. The German “z” is pronounced like “ts” – another sound that isn’t common at the begining of words in English and can be a dead giveaway that you’re not from around here. Unfortunately, even if you can pronounce “cats” perfectly, “zwanzig” may still require some practice.

In cafés and bars, it’s common to say the amount you want to pay, including your tip, while handing over cash. If you haven’t been practicing zwanzig, then you’ll probably have to skip lunch and stick to drinks. 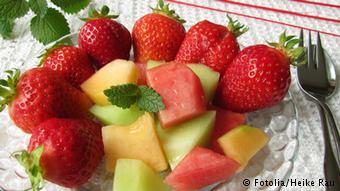 Just six letters can spell the end of making people think you’re German. Once again, that troublesome “ch” comes into play in the word for fruit.

The short “u” and “t” at the end only add to the hidden challenge. Hint: Talking with your mouth full of the word doesn’t help.

But if your lips just can’t form a proper Frucht, then try Obst, which also means fruit. 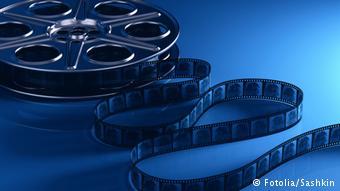 A soft “g” followed by a double “ss” is killer in this word for film or stage director. In this case, however, you can blame it on the French.

The Germans borrowed the term from their neighbors, which is why it sounds somewhat exotic to the German ear, but narrowed the context to mainly refer to theater or the silver screen.

A female director is called a Regisseurin – though that’s no easier to pronounce. 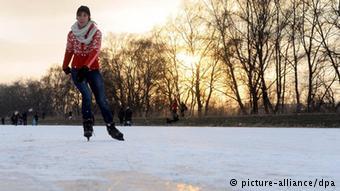 “Ch” and “sch” form entirely different sounds, but both are nearly impossible for non-natives – particularly when the combination turns up multiple times in the same word.

Depending on how coordinated you are, however, saying the German word for ice skating could actually be easier than doing it – and certainly easier on your behind. 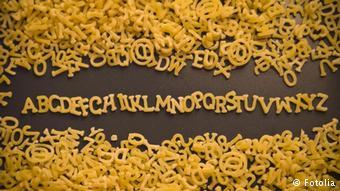 While the word for spelling is a feat for non-Germans, spelling itself is actually quite difficult for natives.

That’s because the official spelling rules have been officially changed several times over the past few decades.

A child studying for a spelling exam in Germany shouldn’t ask his grandmother for help because her tips for words like Rad fahren (to ride a bike) and Schifffahrt (shipping) may be outdated.

They used to be spelled radfahren and Schiffahrt, respectively. 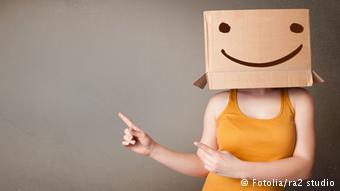 Increasingly, Germans are adapting more and more English words, in some cases adapting their meaning.

However, for an English speaker, speaking an English word with a German accent in the middle of a German sentence can be quite a challenge – and a clear sign of non-native Germanness if the English sounds too native.

One trick: German vowels tend to be pure and rarely form diphthongs. Convincingly pronouncing “Das hat mich so happy gemacht” – “That made me so happy” – is bound to make you, well, happy. 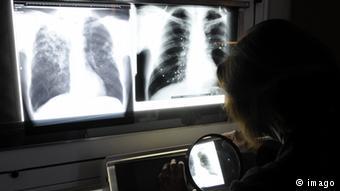 While getting an x-ray can certainly be a nightmare for anyone, just having to pronounce the German word for it, röntgen, is bound to cause any non-native speaker a few sleepless nights.

In this case, you can blame Wilhelm Conrad Röntgen, the doctor who patented the process in the late 19th century. In honor of his medical contribution, his name hence landed in the German dictionary as both a verb and a noun.

If you have more suggestions for hard-to-pronounce German words, send them to us at feedback.english@dw.de. You can also join the discussion on Twitter with DW at @dw_culture and with the author at @katemueser.